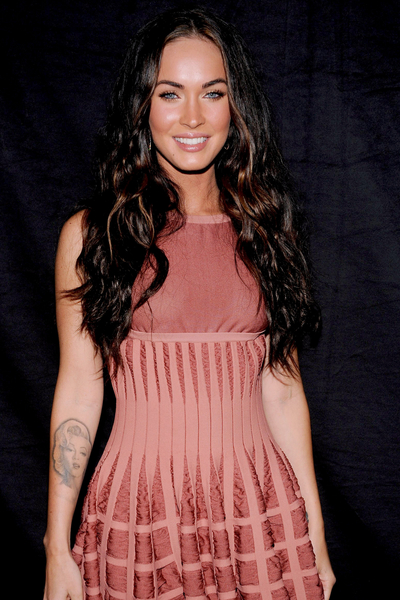 The brunette actress admits she always envied the tresses of stars like Pamela Anderson when she was younger because their lighter locks seemed “exotic.”

Try on Megan Fox’s hairstyles in the Makeover Studio!

“I always wanted to be blonde when I was little, like Barbie and Pamela Anderson, but it would really damage my hair,” says Fox.

“It was exotic to me, as my entire family has dark hair. If I did it, I would go white blonde–really platinum.”

The Jennifer’s Body star – who is married to Brian Austin Green also admitted she refuses to take baths and shuns expensive beauty products in favor of Grapeseed oil to keep her skin soft.

She told Marie Claire magazine: “I have to wash my face every 12 hours and then moisturize.

“I only take showers as I don’t like sitting in bath water. After my shower, I moisturize with Grapeseed oil from Whole Foods. It’s a great moisturizer and lighter than olive oil.”

Try on Megan Fox’s hairstyles in the Makeover Studio!