The second I swiped on a few coats of Maybelline’s brand-new mascara, I knew it was going to be the next viral TikTok product. In fact, while I was on the platform making my own TikTok review, I saw everyone’s favorite vlogger Mikayla Nogueira expressing her love for the launch. She stitched Rachel Rigler’s video of the Maybelline Curl Bounce Mascara review , which showed how well it lengthened and curled.

“I get really hype when Maybelline comes out with a new mascara,” Nogueira says in her video. I couldn’t agree more. The brand’s Volum’ Express The Colossal mascara is a drugstore staple so we’re stoked Maybelline is adding to the Colossal fam with a curling option. According to a rep from the brand, Maybelline learned younger shoppers — including Gen Zers — were frustrated with their straight lashes and previous curling mascaras that just weigh them down.

Curl Bounce Mascara is made with what Maybelline calls its “Memory Curl formula,” curling polymers made from ingredients usually used in hair products. The lightweight, wax-free formula promises to keep lashes curled and lengthened for up to 24 hours. 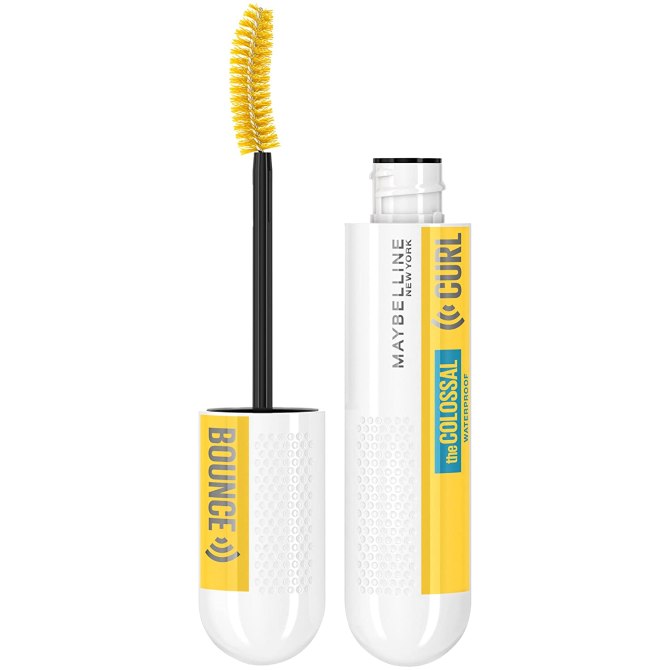 The brush is totally different from my favorite Maybelline mascara’s brush — Sky High Mascara. Curl Bounce Mascara has double the bristles to grab, volumize and curl every single tiny little lash. I found that to be true while makeup artist Melissa Hernandez (whose clients include Sydney Sweeney and Lana Condor) applied the new launch to my lashes at Maybelline’s event in Los Angeles, CA.

“When applying mascara, I like to sort of wiggle it from the root and then wiggle it upwards,” Hernandez told me. Just one coat and I could already see a big difference in my lashes. I made a video so you can see it in action. While Maybelline says you can throw away your lash curler in place of this new launch, I wouldn’t do so just yet. It’s always a good idea to curl your lashes first, especially if you have thick, heavy lashes and a dramatic curl is what you’re going for. My favorite curler is by Kevyn Aucoin Beauty ($21 at Nordstrom).

I won’t be putting aside Sky High Mascara just yet (I’m obsessed with it) but Curl Bounce is a great option for those who hate clumpy, heavy mascaras that never hold a curl. Nogueira agrees. “For once in my life, I don’t hate my lashes,” she says after applying just two coats of Curl Bounce. And for less than $8, it’s definitely worth a place in your routine.