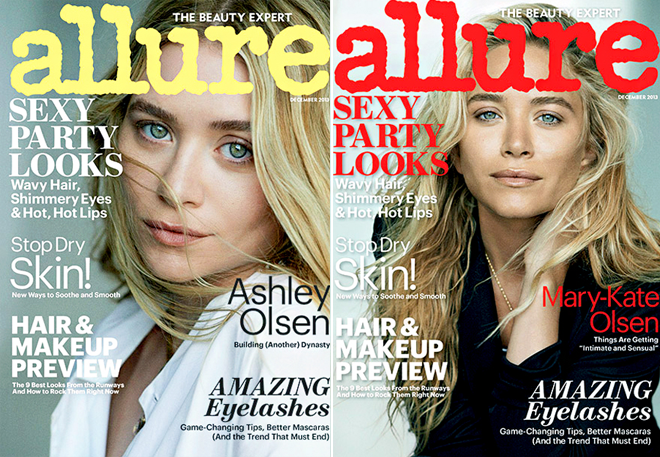 For the December issue, the Olsen sisters got separate Allure covers.

As Mary-Kate and Ashley Olsen get older, they continue to try to separate themselves, despite the fact that they work together on several projects. Their latest move toward individuality? Separate Allure covers for the December issue.

Their first Allure cover was back in 2004 and featured both girls together, though it was during this time that they asked the media to refer to them as Mary-Kate and Ashley Olsen instead of the Olsen twins. For the December issue, which goes on sale Nov. 19th, the girls give their interview together and even do a photo shoot as a duo, so the only difference now are their solo covers. Funny enough, the two look, well, almost identical with natural hair texture and minimal makeup.

Which cover do you prefer? 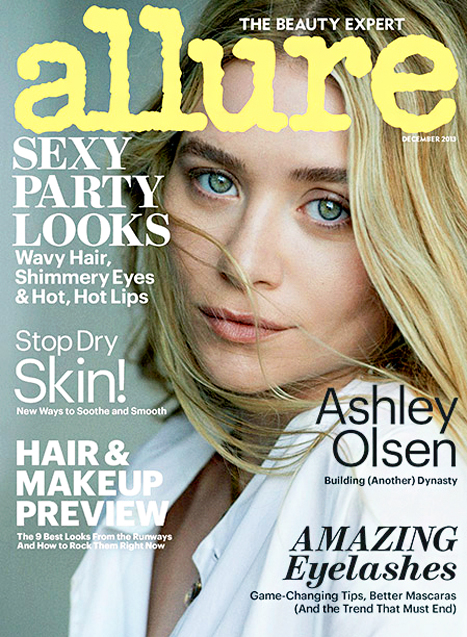 Related: 5 Natural-Looking Lip Colors Every Woman Should Own