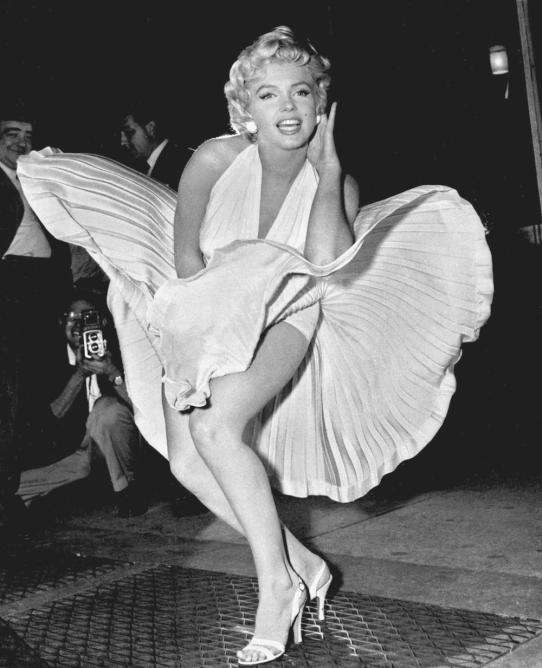 There’s no denying that blonde bombshell Marilyn Monroe was one of the sexiest stars ever to grace the silver screen. And even 52 years after her death at age 36 in 1962, she’s still adored the world over.

And now, you too can look like America’s most famous sex symbol.

Marie Claire UK is reporting that an article featuring a 1952 interview with Monroe for LIFE Magazine was recently uncovered in which she revealed the secret behind getting that body. Not only can nearly anyone follow Monroe’s regimen today, but you can even squeeze in some sweet treats.

“I never used to bother with exercises,” Monroe told LIFE. “Now I spent at least 10 minutes each morning working out with small weights. I have evolved my own exercises, for the muscles I wish to keep firm and I know they are right for me because I can feel them putting the proper muscles into play when I exercise.”

One of the features she put emphasis on when breaking a sweat? One of her most popular assets, of course.

“Each morning, after I brush my teeth, wash my face, and shake off the first deep layer of sleep, I lie down on the floor beside my bed and begin my first exercise,” said Monroe. “It is a simple bust-firming routine which consists of lifting five-pound weights from a spread-eagle position to a point directly above my head. Then, with my arms at a 45-degree angle from the floor, I move my weights in circles until I’m tired.”

Getting in shape wouldn’t be complete without a proper diet. And it looks like Monroe may have been a fan of clean eating, or consuming unprocessed foods, long before it became a celebrity fad.

“My dinners at home are startlingly simple,” explained Monroe. “Every night I stop at the market near my hotel and pick up a steak, lamb chops, and some liver, which I broil in the electric oven in my room. I usually eat four or five raw carrots with my meat and that is all.”

“It’s a good thing, I suppose, that I eat simply during the day, for in recent months I have developed the habit of stopping off … for a hot fudge sundae on my way home from my evening drama classes,” added Monroe. “I’m sure that I couldn’t allow myself this indulgence were it not that my normal diet is composed almost totally of protein foods.”

The secret to the actress’ coveted figure? Daily exercise, targeting the areas you wish to improve and maintain, eating a diet rich in veggies and protein, and rewarding yourself with a treat, minus the guilt.