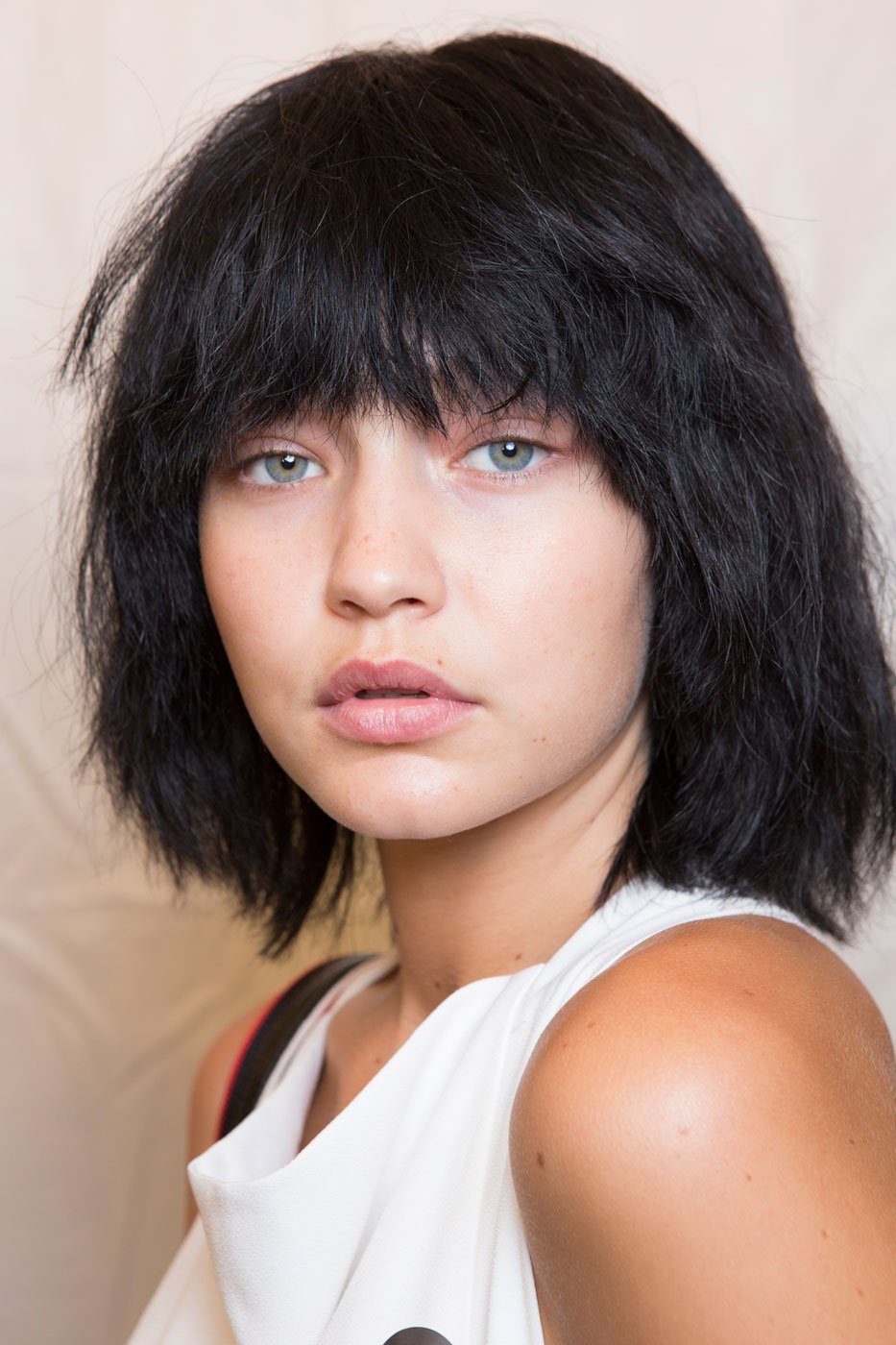 Marc Jacobs is often the most awaited show at New York Fashion Week, closing out seven days of shows as an incredible finale. This season, to accompany the military-inspired collection, models were sent down the runway wearing thick, choppy, black wigs with bangs long enough to cover their eyes, designed by Guido Palau for Redken. Interestingly enough, the fall 2014 collection also showcased wigs, which makes it two seasons in a row of forgoing a natural hairstyle in favor of styled wigs.

Perhaps because much of the models’ faces were covered by the wigs, they wore absolutely no makeup on the runway. Francois Nars applied nothing but moisturizer to their faces, saying, “I don’t like the middle of the road. I like to go extremely strong and that’s either lots of makeup or none at all” in an interview backstage with Harper’s Bazaar.

As for his quite literal army of models, Marc had the likes of Kendall Jenner and Gigi Hadid, among many others who all looked almost identical marching down the runway.