On November 8, while CNN angrily debated Election Day forecasts and your aunt posted hourly anti-Trump memes on Facebook, model Maggie Rizer ever so quietly staged her own protest with a very bold, and very shocking move: She split from her agency, Trump Model Management, after a seven-year partnership. “I cannot wake up Wednesday morning being the least bit related to the Trump brand, win or lose,” she wrote when she broke the news via an Instagram photo. “I owe it to myself and to my children to proudly stand up for what I believe in, and that is a world where Donald Trump has no voice for the future of our country.” And with that, Rizer severed ties and left.

In case you’re not a model, let us break something down for you: Models do not just leave their agencies. Models do not leave strongly worded Instagram photos about their ex-agencies unless they’re cool with never booking another job. But then again, most models are not Maggie Rizer—one of the “it” supermodels of the ‘90s; the freckled, all-American girl who regularly shared Vogue covers and Milan runways with Kate Moss and Christy Turlington; the face of Clinique and a regular on the Victoria’s Secret Fashion Show runway. Today, 39-year-old Rizer sits atop a platform of hard-earned credibility and respect, with a new, guiding priority in her life that makes the decision to part from her agency definitively easier: her family. 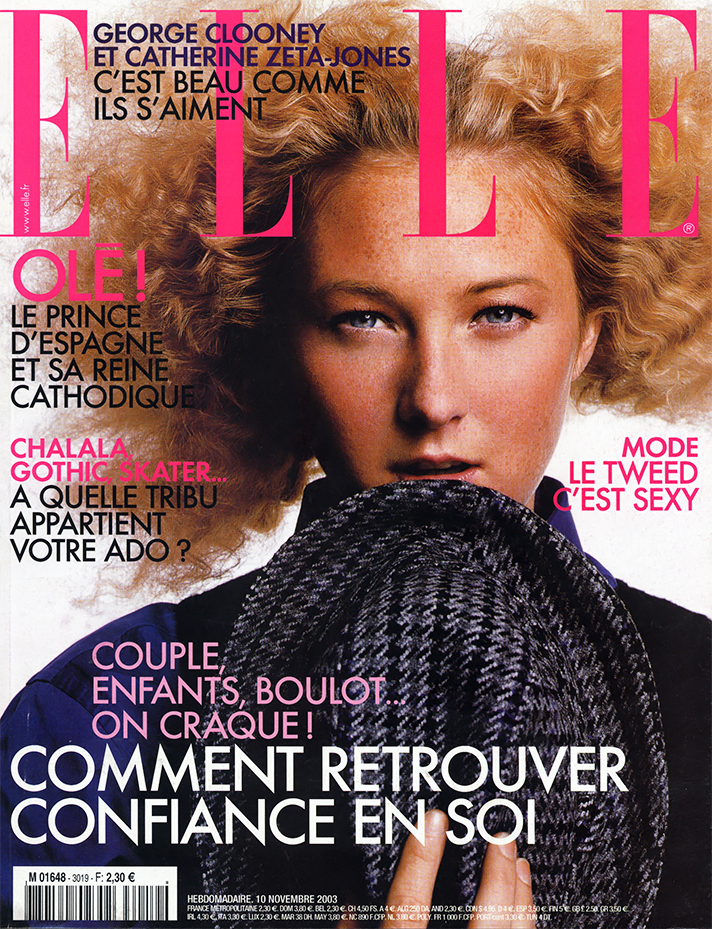 “It sounds cliché, but my kids and my family are truly the most important thing to me,” says Rizer, who, at the time of our mid-day interview, had already been awake for nine hours with her three kids, all under the age of six. “It’s basically a race from the time they wake up to the time they go to bed,” she says. “They’re in a preschool program for a few hours each day, but after that, it’s swim lessons, piano lessons, gymnastics, practice for year-round leagues, and hopefully getting their teeth brushed at some point.” Not that she doesn’t love the insanity, though: “Having kids means having constant chaos, but I honestly thrive in chaos,” she says. “The craziest things and craziest schedules oddly comfort me, which is probably why I took to modeling so well.”

But lest you think this is another story of an ex-supermodel who got saddled with a baby and abandoned her fashion dreams to live out her days in anonymity, hang tight: Rizer didn’t pivot or disappear—she got exactly what she had always wanted. “Even as a kid, I knew I wanted to one day live on a farm with a thousand kids and a billion animals,” says Rizer from her home in Diablo, California, which she shares with her husband, kids, and two dogs. Not quite the farm life, she admits, but still relatively secluded. “That was actually the original goal: Go to college, become a veterinarian, and have a big family,” she says. “The modeling thing was never part of the plan.”

“Even then, I didn’t understand how fortunate I was.”

In fact, if her mother hadn’t seen an Oprah episode called “Can Your Child Be a Star?” during Rizer’s senior year of high school, she likely would’ve never pursued the industry. “My mom went for it and sent polaroids of me into the show, and a rep reached out about signing me,” she says. Within a year, Rizer had postponed college and had been scooped up by photographer Steven Meisel, who shot her for the cover of Vogue Italia’s September issue in 1997.

Almost overnight, Rizer began her upward trajectory into supermodel legacy, appearing in Calvin Klein and Celine campaigns, and walking the runways in New York, Paris, and Milan fashion week. “It sounds weird, but even then, even at that point, I didn’t really get it; I didn’t understand how fortunate I was, or how great the opportunities were,” says Rizer. “I would see so many girls standing in these long casting lines, really desperate for jobs, and I was in a position where amazing opportunities were just being given to me, which is so, so rare.” 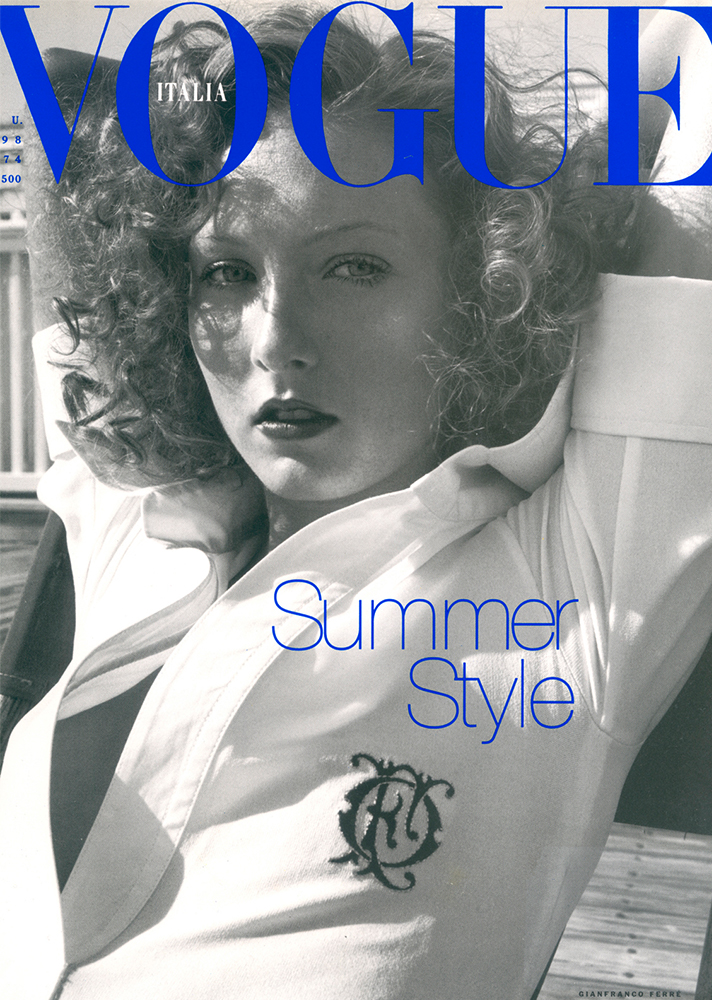 It wasn’t until Rizer saw herself on the cover of American Vogue with Kate Moss in 1999 that it finally hit her: She had made it. She was one of the most sought-after models of the decade and her entire career path had almost been a fluke, a no-stakes decision made by her mother one afternoon while watching Oprah—facts that are all too clear to Rizer. “I got one-in-a-million lucky,” she agrees. “I worked hard, of course, but it was also right time, right place; I don’t think it could have happened any other way.”

Which, consequently, is also why Rizer would never consider allowing her kids to follow her into the world modeling. “I got in the right door and had amazing support, but there are so many wrong doors in fashion, and so many drugs, and drinking, and partying, and gross people who just want to take naked pictures of young girls, and I would never want to expose my children to that life,” she says. “I want them to have a normal childhood and feel beautiful because they’re smart and kind, not because someone tells them they fit some image.”

“There are so many gross people who just want to take naked pictures of young girls.”

Not that Rizer has personally faced much adversity to her appearance over the years. “I started modeling in the ‘90s when the idea of beauty wasn’t a Brazilian bombshell or a Cindy Crawford; it was about unique and individual beauty, like that of Erin O’Connor and Karen Elsen,” she says. “So photographers and designers wanted me for me, not because I looked like someone they had in mind.” And even now, in the era of celebrity-offspring models, like the Hailey Baldwins and Kendall Jenners, Rizer continues to get booked for being exactly who she is. “I’m lucky that modeling has expanded to be more inclusive of women of all ages,” says Rizer, who, save for taking some time off in the mid-to-late aughts, has consistently nabbed major covers and campaigns since that first polaroid booking so long ago. “If someone wants to use me for a job, they’re hiring me because I’m me, not because I look like a 16-year-old,” says Rizer. “And that, in itself, speaks volumes to me.” 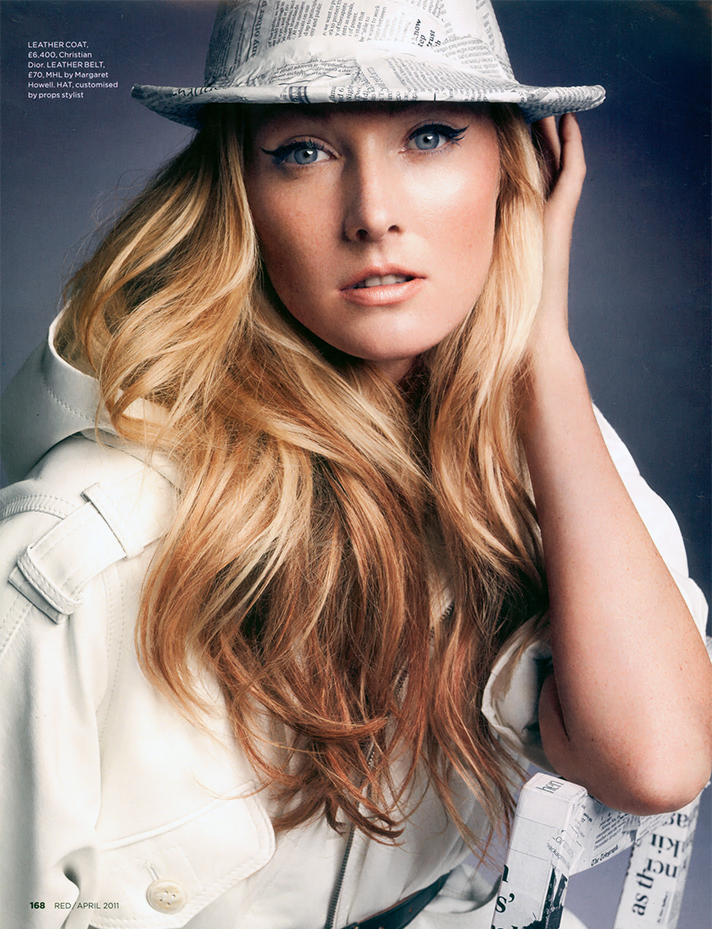 She’s quick to note, however, that this confidence wasn’t always engrained in her. “I used to be so concerned about what I looked like, and how I looked compared to others, but now, the idea of beauty to me is so much more internal and centered around whether or not you’re a good person,” says Rizer. “After having kids, something just clicked in me, and I started to accept myself for who I am, flaws and all. I’m not going to get a facelift when I’m 60, and if my body isn’t perfect, I’ll know it’s because I’ve had a zillion kids and I love to eat. I’m at a level of self-acceptance that I don’t know if I could have even understood when I was younger.”

Still, Rizer does have her beauty vices, like Rodin Olio Lusso Luxury Body Oil—“it’s incredible; I slather it all over my body after showering, and my skin feels so, so soft”—and Laura Mercier Tinted Moisturizer, which “covers the redness, without looking like a thick layer of makeup.” Rizer also allows herself one consistent appointment that’s just for her: getting her hair colored. “I was in the car with my kids this morning, and I was telling them how I was finally coloring my hair tomorrow, and they didn’t understand why I was so happy about it,” she says, laughing. “But I seriously need it.” 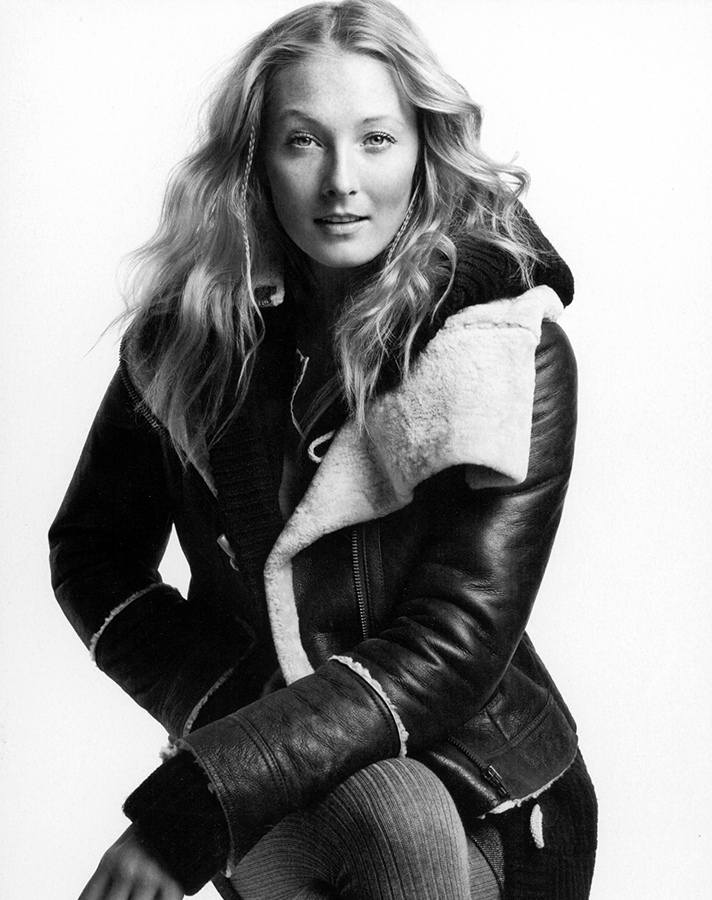 Despite her lack of time—or, as anybody with kids calls it, life—Rizer isn’t exactly mourning the loss of the beauty routines and gym sessions of her youth. “I don’t want to be the mom who has eight nannies and has someone else raising my kids; I want their memories to be of me,” she says. “So if that means I have to wait a few years until they get older before I can go to the gym five days a week and go to a spa, then I’m OK with that. I’m savoring these times with them, and I’m doing my best.”

Luckily, thanks to her departure from Trump Models—“I wanted to be able to proudly explain my actions to my kids, rather than explain why I continued to associate myself with a disrespectful douchebag,” she told us—the multi-hyphenate mom is now looking forward to tons of relaxing free time, filled with vacations and sleep and…just kidding. Not only is she already in talks with new agencies in New York, but she’s also four-months pregnant with her fourth child, making it seem like she might never slow down—at least, not for a few more decades. “OK, I’ll probably quit modeling before I turn 100,” she jokes. “My life is definitely more chaotic than when I was a teenager, but in the best of ways. Being where I am right now, raising three strong kids and growing my family, that’s the high of my life. Not the fashion shows, not the cover shoots, but exactly where I am right now. This was my dream.”

MORE: What It’s Like to Go to Bali for a Yoga Retreat