For the last 25 years, MAC has launched a yearly limited-edition product with 100 percent of the proceeds going to those living with and affected by HIV/AIDS. Celebrities including Miley Cyrus, Elton John, Mary J. Blige and Ricky Martin have acted as faces of the collection, which has raised $500 million to date. According to the brand, 9,713 grants and more than 1,800 programs and organizations around the world have benefited from the money raised, including God’s Love We Deliver, Lifelong AIDS Alliance, Open Hand/Atlanta, Inc. and Maison Du Parc. Now, MAC Viva Glam 2019 is here and it’s bigger and better than ever.

Model Winnie Harlow is the face of the new lipstick (more on that later) and it all came to be in unusual circumstances. Back in October, Harlow transformed into icon RuPaul for Halloween. And it wasn’t just any RuPaul look; it was a recreation of Ru’s first-ever campaign for MAC Viva Glam back in 1994. MAC loved it so much, they asked to use the images and the 25th-anniversary collection was born. It. Is. Gorgeous. 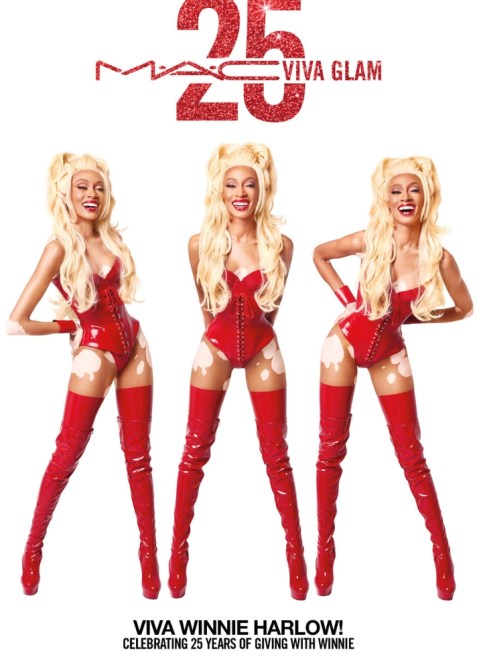 Now onto the lipstick. It’s one you might have seen before. In glam new packaging, the shade is actually the 1994 color—the first ever Viva Glam lipstick. It’s a stunning brownish blue-red that RuPaul wore in the campaign. And that’s not the only throwback hue MAC is releasing. There’s also Viva Glam II (a muted mauve launched with KD Lang in 1997) and Viva Glam III (a brown-plum launched with Mary J. Blige and Lil’ Kim in 2000). Talk about iconic. 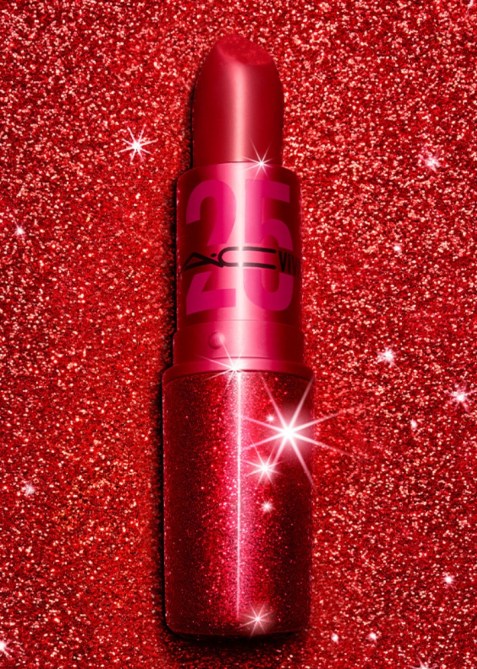 What I’m most excited about is how far MAC is going in expanding its charity. In addition to providing support for those with HIV/AIDS, MAC is also supporting women and girls and the LGBTQ+ community under the new Viva Glam Fund. That means important organizations such as Planned Parenthood, GLAAD and Girls Inc. will also receive funds from the Viva Glam charity. I’m so thankful to MAC for expanding its outreach, something more important than ever right now.

Each lipstick retails for $18.50 on MAC’s website and is in stores now.