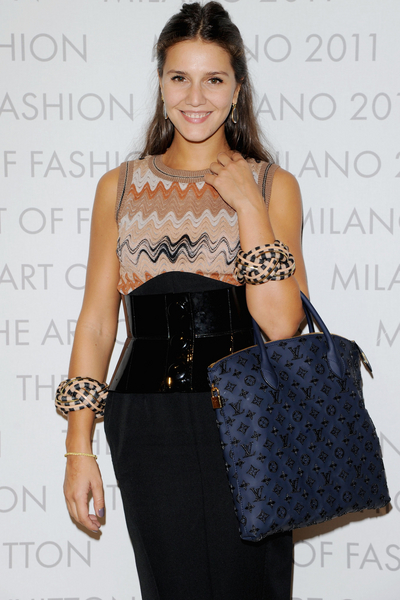 Watch out mass beauty brands, it looks like high-end fashion houses are branching out into your turf.

Louis Vuitton recently announced they’ll be coming out with their own fragrance, which will be conjured up by the well-known perfumer behind Dior Addict and Stella by Stella McCartney, Jacques Cavallier-Belletrud.

Looking for a beauty steal?
Check out Luxe Vs. Less!

Although deets about the fragrance, including name, notes and launch, have yet to be released, it’ll certainly open up the brand to a whole new crop of consumers. Not everyone’s willing to shell out a couple thousand dollars for a LV monogrammed purse, but $100 or so for a bottle of perfume? Sold.

However, does this extra exposure and wider availability to the masses take away from the brand’s “high-end” status?

A new wave of luxe brands branching out and becoming more accessible is on the rise, whether it’s by releasing their first-ever commercial (Marc Jacobs Daisy), coming out with a full cosmetics line (Tom Ford), or creating less expensive capsule collections (Missoni and Jason Wu for Target; Versace and Marni for H&M)—making it clear that times are a changin’.

“Makeup is an accessible way to have major impact without having on majorly expensive clothes,” said Ford in an interview with Saks POV. “It’s a fashion statement on your face.”

But, by expanding into a wider, more affordable market, do these iconic brands lose a bit of their cachet? Tell us what you think in the comments below!