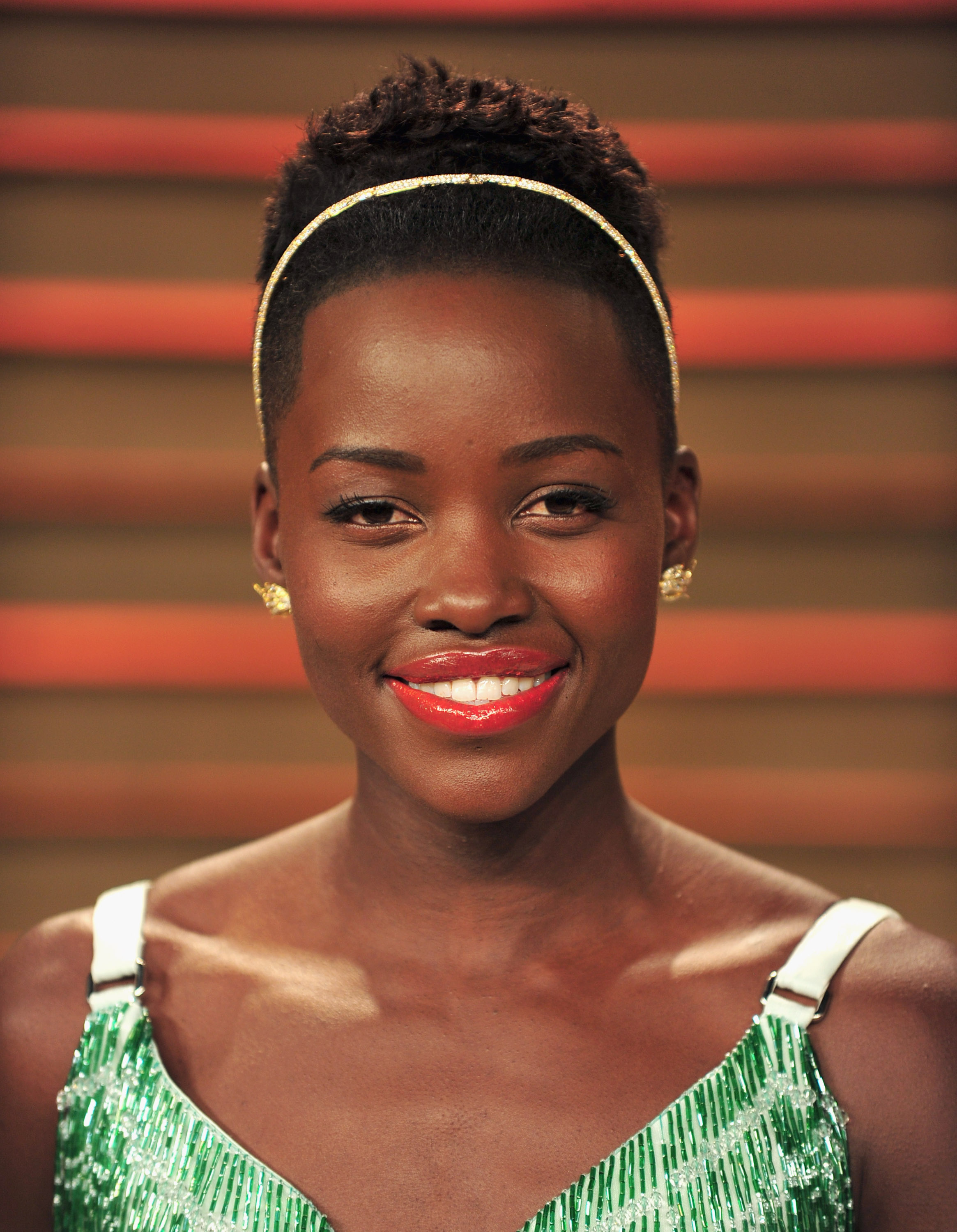 Lupita Nyong’o just nabbed her first Oscar for Best Supporting Actress for her role in “12 Years a Slave” and the girl is clearly only getting started. A newcomer to the red carpet, Lupita is already dominating the scene with some of the best, most versatile hair and makeup looks we’ve ever seen. Whoever said pixie cuts were limited clearly has never seen Lupita, who manages to show up with a new hairstyle to every single event — thanks to her hairstylists, Ted Gibson and Larry Sims — and her makeup is on point again and again with help from Nick Barose.

Below, we’ve pulled together some very important GIFs of our girl Lupita, highlighting her flawless hair and makeup throughout awards season.

MORE: Jared Leto’s Hair: 8 GIFs of the Most Perfect Ombre There Ever Was

At the Oscars, Lupita wore a jeweled headband and a sheer red lip, looking like she stepped out of a fairytale book.

At the Hollywood Film Awards, Lupita’s hair was in a short buzz cut and her bright red lip popped against her sunshine yellow dress.

Lupita proved that matching your eyeshadow to your dress is completely possible at the SAG Awards, where she pulled off teal eyeshadow with her teal dress flawlessly.

At the Golden Globes, Lupita went for a chic side part and a sheer lip to subtly match her bright red gown.

If anyone can pull of a green smokey eye with red lips, it’s Lupita. She showed up to the BAFTAs red carpet looking positively radiant and, once again, matching her shadow to her gown.

And also, she’s just simply, Lupita. Inspiring us for days and years to come. Congrats, girl!