If you’re not watching Why Women Kill, what are you waiting for? Lucy Liu both stars and also directs some episodes of the CBS All Access show and she’s so good. She wears a very obvious ’80s-era wig so unless you follow Liu on Instagram, you might not spot her chic new bob haircut. She showed off her new look last week at the Hudson River Park Gala in New York City while wearing a gorgeous ruffled red dress. “Because this chic new cut by @_marcosantini1 is too good not to highlight w @kristoferbuckle magic make up!” she wrote on Instagram.

Liu has had short hair in the past but this 2000s-esque bob proves early aughts style is coming back. This isn’t a lob—a long bob. Marco Santini brought Liu right into the celebrity bob club with a smooth, chin-length style. It looks both retro and modern at the same time. That flawless makeup was done by the iconic makeup artist Kristofer Buckle. 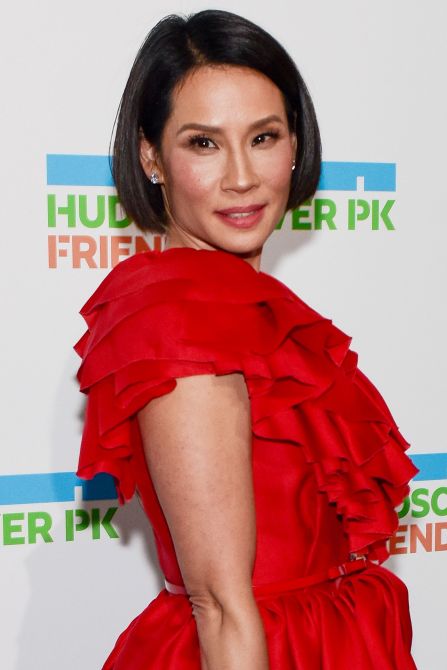 It feels like everyone is going short as of late. Just look at recent styles on Kim Kardashian, Selena Gomez and Sophie Turner. A new celebrity is getting a bob basically every day but somehow, we’re not sick of the cool-girl style yet. It still feels so fresh, especially for fall with cozy turtlenecks and leather jackets. And anyone can try a bob, regardless of hair texture. It looks just as amazing voluminous and curly as it does sleek and straight. It’s all about asking your hairstylist for the length that will work best with your unique hair.

Save Liu’s photo or any of the other celeb lobs for your next time in the salon chair and join the short-cut club. You won’t regret it.