Though she’s not nominated at the Golden Globes this year, that doesn’t mean Lucy Boynton is going to be a wallflower. The British actress just hit the red carpet with boyfriend Rami Malek, nominated for Mr. Robot, looking gorgeous in a stunning silver gown. And though her fashion choice is obviously stunning, there’s no doubt that Boynton’s Golden Globes beauty look for 2020 will be a fan-favorite too. In just one year, she’s become an award show darling wearing unconventional gowns and creative hair and makeup.

Tonight’s stunning look is thanks to hairstylist Jenny Cho and makeup artist Jo Baker, the latter of which is renowned for her unconventional inspirations and masterful eye makeup. Boynton has worked with both artists for multiple high-profile events, including the 2019 Met Gala (those blue hair and spidery lashes!), as well as the 2019 Oscars. Their creative flair shows no signs of slowing down at the start of this year’s marathon of events. 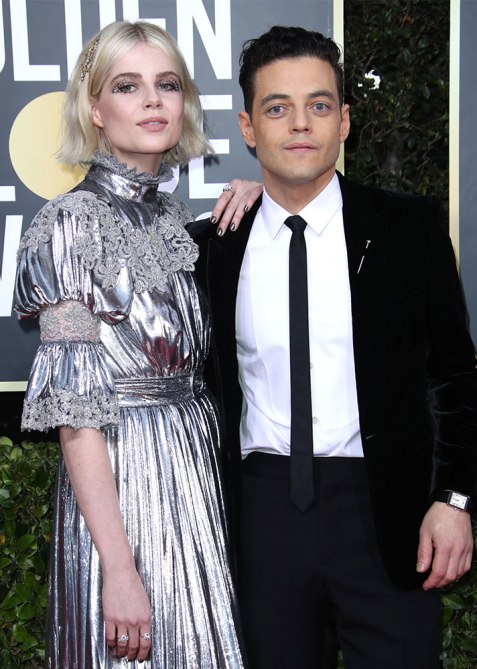 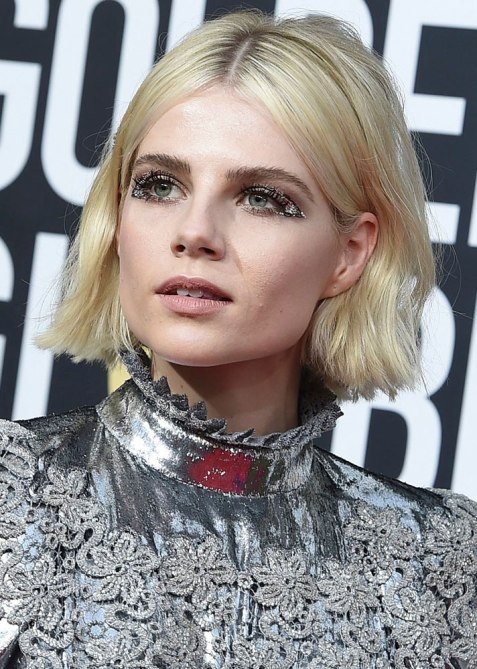 In addition to this perfectly-coifed bob (with just enough wave and body), Baker worked her magic on Boynton’s eyes. It looks as though they’re outlined with a classic cat-eye shape, but filled in with glitzy silver glitter that is somehow staying in place and camera-ready. And don’t let that distract you from Boynton’s brow game–they’re groomed to perfection.

Now we just have to wait and see whether she’ll stick with this look or take our breath away with another for the after-party scene.