If you told us Lucy Boynton’s 2019 Oscars look would be our favorite a few months ago, we would’ve said, “who?” Truth be told, we weren’t too familiar with the British beauty before her work in Bohemian Rhapsody, but apparently we’re late to the party because girl knows her stuff. And by stuff, I mean hair and makeup looks that elevate her facial features and have an artistic flair.

The majority of Boynton’s looks can be credited to makeup artist Jo Baker, whose unique vantage point is what has really made her client a standout in recent months. Instead of drawing inspiration from vintage photos or current trends, she looks to the most unexpected, but innovative images before getting to work. For instance, Boynton’s salmon eyeshadow shape was meant to resemble the tail of a snapper fish, while her subtle eyeshadow at the Golden Globes resembled Royal Mint candies. 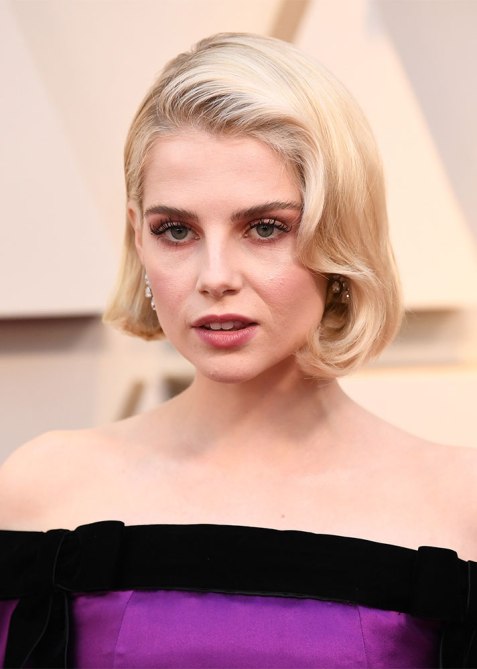 And at tonight’s show, the actress is unintentionally on board with tonight’s top fashion trend: pink, pink and more pink. As you can see, she isn’t wearing intricate lines or super bold colors on her lids. However, she is giving us blush pink realness with a side of lengthy lashes, all courtesy of Chantecaille makeup. “Imagine #gracekelly wandered in a #rosedemai garden …but in Spring 2019!!!,” wroke Baker under an up-close Instagram video of her latest creation. 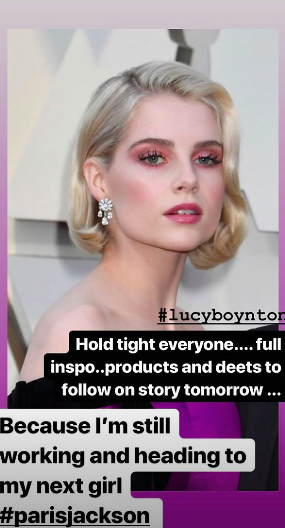 As for the inspiration, which we’re sure is something completely unexpected that makes perfect sense, we’ll have to wait until tomorrow. Baker’s already hard at work on her next client, Paris Jackson, and won’t be able to share deets tonight. Until then, we’ll be looking at all of the night’s standout looks.