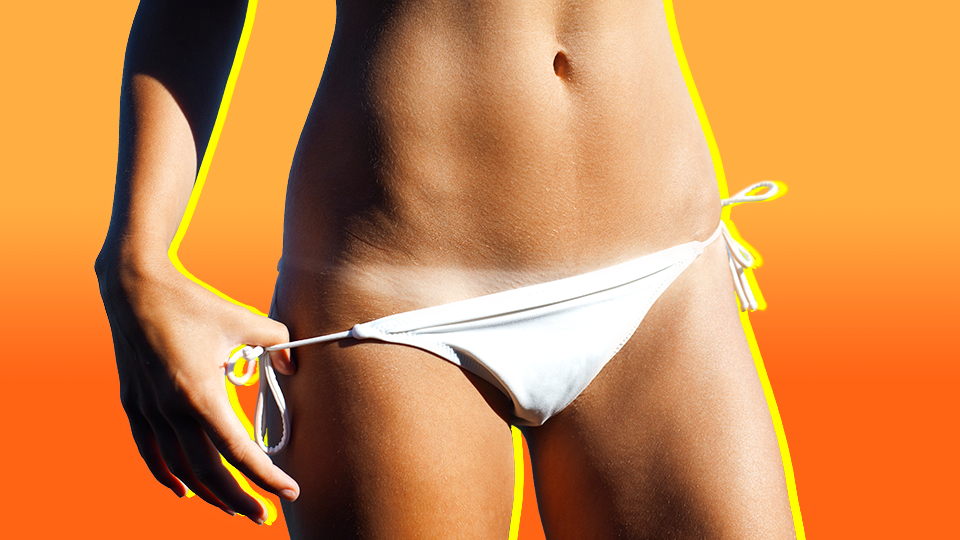 I’ve had the lovely misfortune of chronic bacterial vaginosis (BV) and yeast infections for almost as long as I can remember. (Hi, new Internet friend!) I vividly recall my first yeast infection as a semi-adult: I was 16, and I had just started birth control thanks to a trip to Planned Parenthood with my sister. I thought if I told my mom about the infection, she’d somehow know I was on the pill, so I just rode it out for a week while I panicked inside. It also just so happened to be a hot mid-August week filled with two-a-days for field hockey, so the word uncomfortable is a vast understatement. More than a decade and a dozen birth control swaps later, I finally get them with less regularity—about twice a year, but still one right after another: The antibiotics I was taking for my twice-yearly bout of BV would always bring on a yeast infection, never fails.

Fast forward to a few months ago: After a short breakup, my boyfriend and I got back together and started having sex with much more regularity (from once a week to about three or four times), which meant our trusty bottle of KY Jelly entered the picture often. We had used it a handful of times when we first got together two years ago, but because we didn’t use it consistently, I still blamed the estrogen in my birth control pill for my flare-ups. This time around, I woke up almost every morning feeling so itchy that my boyfriend actually suggested I might be allergic to sex. Cool, great.

This happened to coincide with my annual, and when I told my (new) gyno I thought the pill could still be causing my BV/yeast infections, she sort of laughed it off and let me know that newer birth control pills, like the one I’m on, were made to decrease incidents of infection. Right away, she asked me if anything in my routine had changed, and her eyes lit up: Finally, after a particularly awful two months of oh-my-god-is-this-ever-going-away, we finally pinpointed the cause: my lube.

I made a few key changes immediately: I replaced my scented body wash with this pH-balanced one from Good Clean Love; then I swapped out my feminine wipes (how is there not a better name for these?) from Pampers or something similar with these from SweetSpot Labs; lastly, I tossed the bottle of KY Jelly with such triumphant fury that you’d think it stole money from me, and picked up the Almost Naked lubricant, also by Good Clean Love, which is aloe-based, rather than glycerin- (aka the devil) based. The latter feels like traditional lube—slippery and natural—but with a telltale aloe scent. I’ve found that it dries out a bit quicker than lubes made with glycerin and silicone, but a little water or saliva (if you’re both STD-free) helps reactivate the formula. It’s a very small price to pay for a healthy vag, if you ask me.

“The majority of personal lubricants on the market are made with heavily concentrated petrochemicals, says Wendy Strgar, founder of Good Clean Love, which formulated its products with the help of a biophysicist at Johns Hopkins. “These ingredients make the products hyper-osmolar, which means that they disrupt the equilibrium of the vaginal tissue—so much so that a single use makes you up to 13 times more likely to contract bacterial vaginosis.”

She’s understandably biased, so I reached out to clinical sexologist and couple’s therapist Dr. Eve (real name, kid you not) to find out if our findings could be merely anecdotal. “I wouldn’t steadfastly state that the cause of infections was the lube,” she says, but “yes, lubes with these properties, plus those with menthol, carry risk for vaginal infections. Lubes should be glycerin- and paraben-free, and should be as natural and organic as possible.”

Dr. Eve also recommends using the top ingredient in Good Clean Love—aloe gel—as a stand-alone lubricant: “[It’s] soothing so I’d recommend it for women who have discomfort with penetration.”

It’s been a couple months since I swapped lubes, and so far so good. I can’t say this will work for everyone suffering from chronic yeast infections or BV, but it’s worth taking a deeper look into what you’re putting in your body.