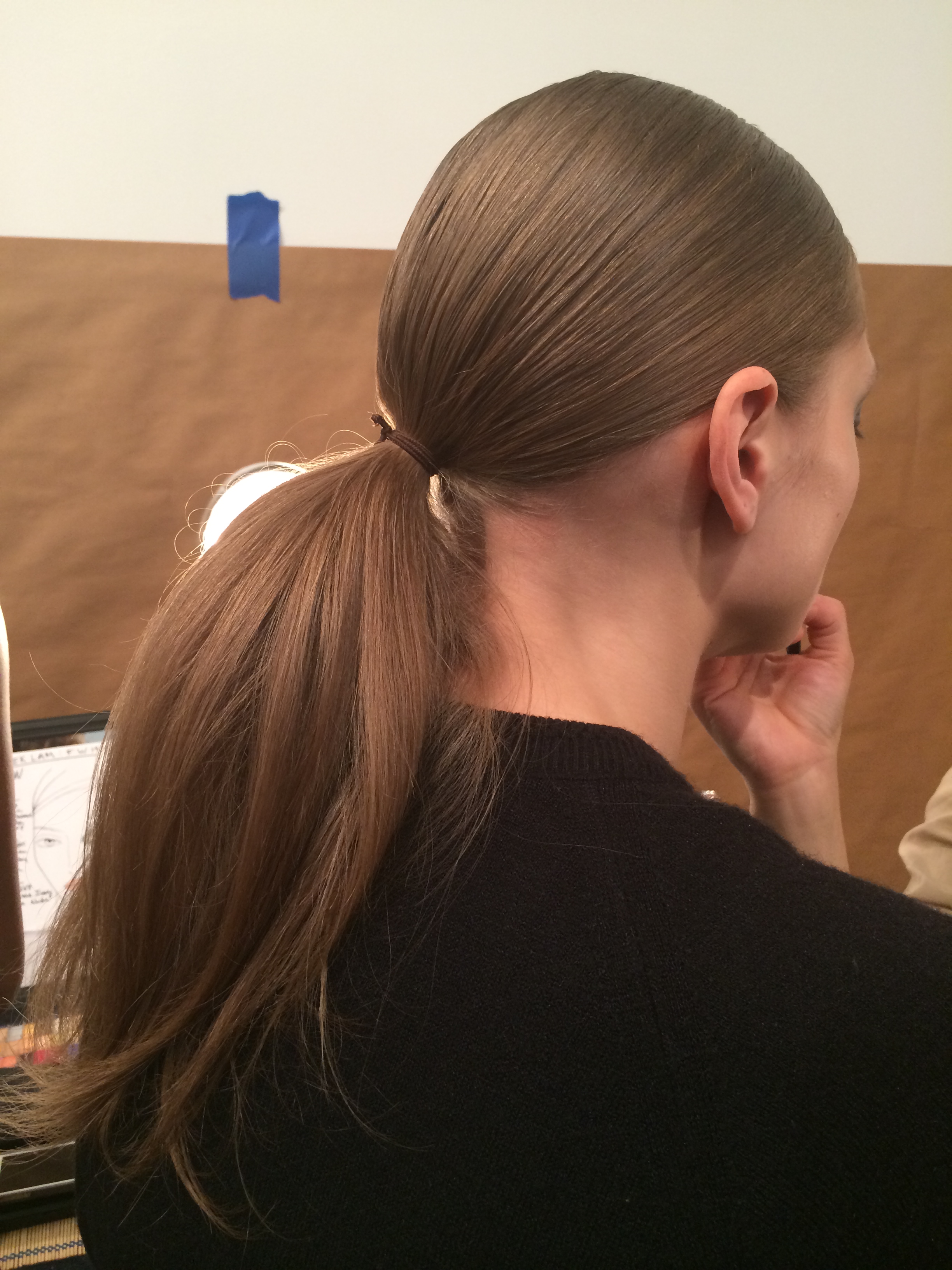 After seeing ponytail after ponytail during New York Fashion Week, it’s clear that the low ponytail will be a trend for fall 2014. Designers like Kate Spade, Victoria Beckham and Erin Fetherston sent low slung hairstyles down the runway, but after spotting so many variations of the style, we noticed that it was easy to get a lifeless low pony if you don’t use the right technique.

To learn how to put volume and texture back into the low ponytail, we caught up with hairstylist Orlando Pita for Phyto backstage at Derek Lam, where Pita was creating a slick, yet full ponytail for the show. “They’re perfectly lacquered, but we got this teased look by starting with Phyto Volume Actif and the T3 Featherweight Luxe 2i Dryer. From the ear down, we used the T3 Bodywaver 1.75″ Styling Iron to get a very loose wave,” Orlando told us.

Once he created the perfect middle part, Orlando created a mixture of Phyto Professional Glossing Cream and Strong Sculpting Gel. “I find gel sometimes gets hard and flaky, but the glossing cream gives a certain kind of softness to the gel,” Orlando explained. After he pulled the hair into a ponytail at the nape of the neck, he held the ponytail up and used a brush to brush down, creating volume and texture. “It’s not just teasing, it’s kind of brushing it down, and then it gives it that kind of bulbous look without having to put in extensions or anything. There’s a little texture, but it’s nicer than just a basic ponytail.”