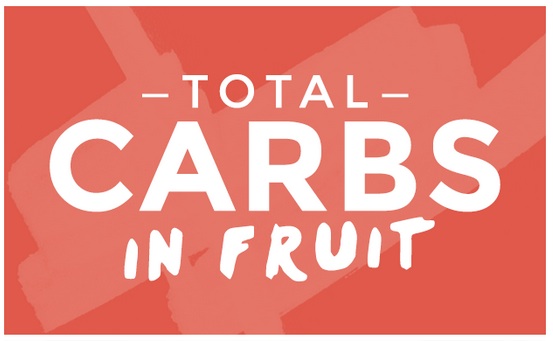 Back in the late ’90s, all anyone could talk about, health-wise, was the Atkin’s Diet, a plan devised by Dr. Robert Atkins whose premise was fairly simple: Eat a diet low in carbs and high in fat, and you’ll lose weight. So yes, we have Dr. Atkins to thank for the folks who order their cheeseburgers sans bun, or roll up turkey and cheese instead of sticking them between two slices of bread. And the premise still holds up decades later, as it was revealed last month that people on a low-carb diet reduced certain risk factors for heart disease and lost nearly three times as much weight as those on a low-fat diet, according to a recent study.

But—while most of us have fully embraced the (sad) fact that cutting out bread, pasta, muffins, and refined sugar will indeed have an effect on our waistlines, there’s one area that’s still a bit of a mystery when it comes to low-carb diets: Fruit. Or, more specifically, low carb fruits versus high carb fruits.

The fact is, fruit has sugar. Sure, it’s not the same type of sugar found in, say, a pack of Gummi Bears, but glucose and fructose do exist in fruit, which means it could throw a wrench in your ketogenic diet (which is just a fancy way of saying low-carb.)

MORE: 5 Carbs You Never Have to Feel Guilty About Eating

Typically, a ketogenic diet provides less than 50 grams of carbohydrates a day, so fruit is usually eliminated in the early stages completely, but even if you’r enot following a strict Atkins Diet, it still pays to know the fruit you might want to stay away from if you’re marginally watching your carb intake.

Below, check out our sliding scale of carbs in fruit, and our handy chart!