There are few things you can do to fix lashes that have lost their lift after wearing mascara all day. If you layer on additional coats of mascara, a bunch of clumps will likely appear. And if you try to clamp down on them with a curler, you’ll probably find some loose eyelash hairs in your sink. Instead of attempting to revive your lashes after the fact, there’s a way to keep them in place for the long haul: the L’Oréal Paris’ Voluminous Lash Primer Mascara, which is currently on sale at Amazon.

The shopper-loved primer gives your eyelashes an extra boost and creates a more dramatic look. Even better, the $7 find also conditions your lash follicles so that they stay soft and strong. When used with your fave mascara, reviewers say your lashes will look so good, people might think you’re wearing falsies or extensions.

“The primer went on easily, dried quickly and I could immediately see results in the length and thickness of the lashes—before I ever applied mascara,” wrote one five-star reviewer on Amazon.

Shoppers are able to see such positive and quick results thanks to some of the formula’s star ingredients. Panthenol (a.k.a. pro-vitamin B5) thickens hair, while rosehip oil, which is rich in omega-3 fatty acids, increases the shine, elasticity and strength of your strands. As dermatologist and scalp expert Dr. Francesca Fusco previously told StyleCaster, “[omega-3 acids] are an important component of scalp skin. A deficiency can lead to scalp and hair problems like dryness and hair shedding.” 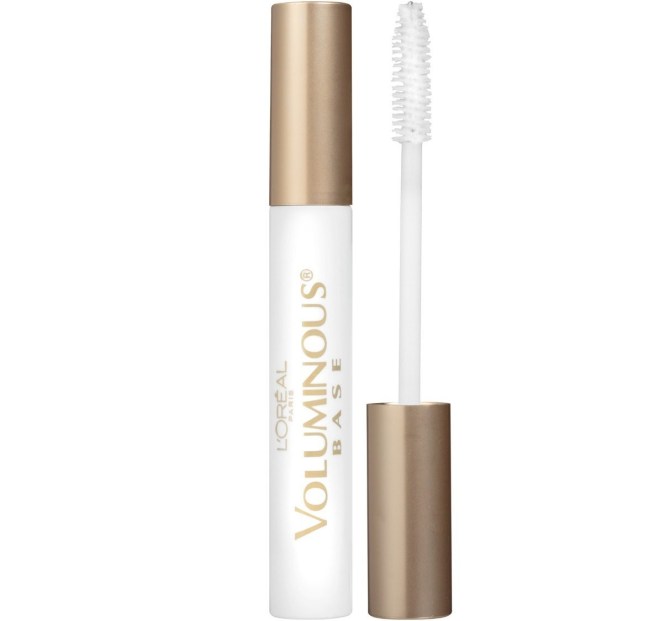 With a 4.5-star rating and over 25,000 perfect five-star ratings on Amazon, so many shoppers are loving what this $7 primer is doing for their lashes.

“I’ve only used it two to three times now, but holy cow!! My lashes have never looked so good in all my life. It really does make my lashes look longer and separates them so they don’t get all clumpy,” wrote one shopper. “The best part is that it holds on tight to the mascara, and won’t let it run away to the skin around my eyes. Once I even fell asleep without removing my makeup and my eyes looked just as good as the night before.”

To get thick, full lashes, apply the Voluminous Lash Primer on each eye, followed by your go-to mascara. Coat your eyelashes with mascara one eye at a time before the primer completely dries. And if you want even more volume, apply two layers of the primer for a stronger effect.

“A MUST BUY FOR MASCARA USERS!” raved another reviewer. “It makes the lash hairs thicker, separates the hairs (helping to fill the gaps making lashes look fuller) and it helps mascara adhere easily and evenly! PLUS, it makes my eyelashes look WAYYYYYY better.”

For a boosting effect that builds volume, length and thickness in just a couple of swipes, try L’Oréal’s Voluminous Lash Primer under your mascara. Your lashes are about to get a major upgrade in time for summer.