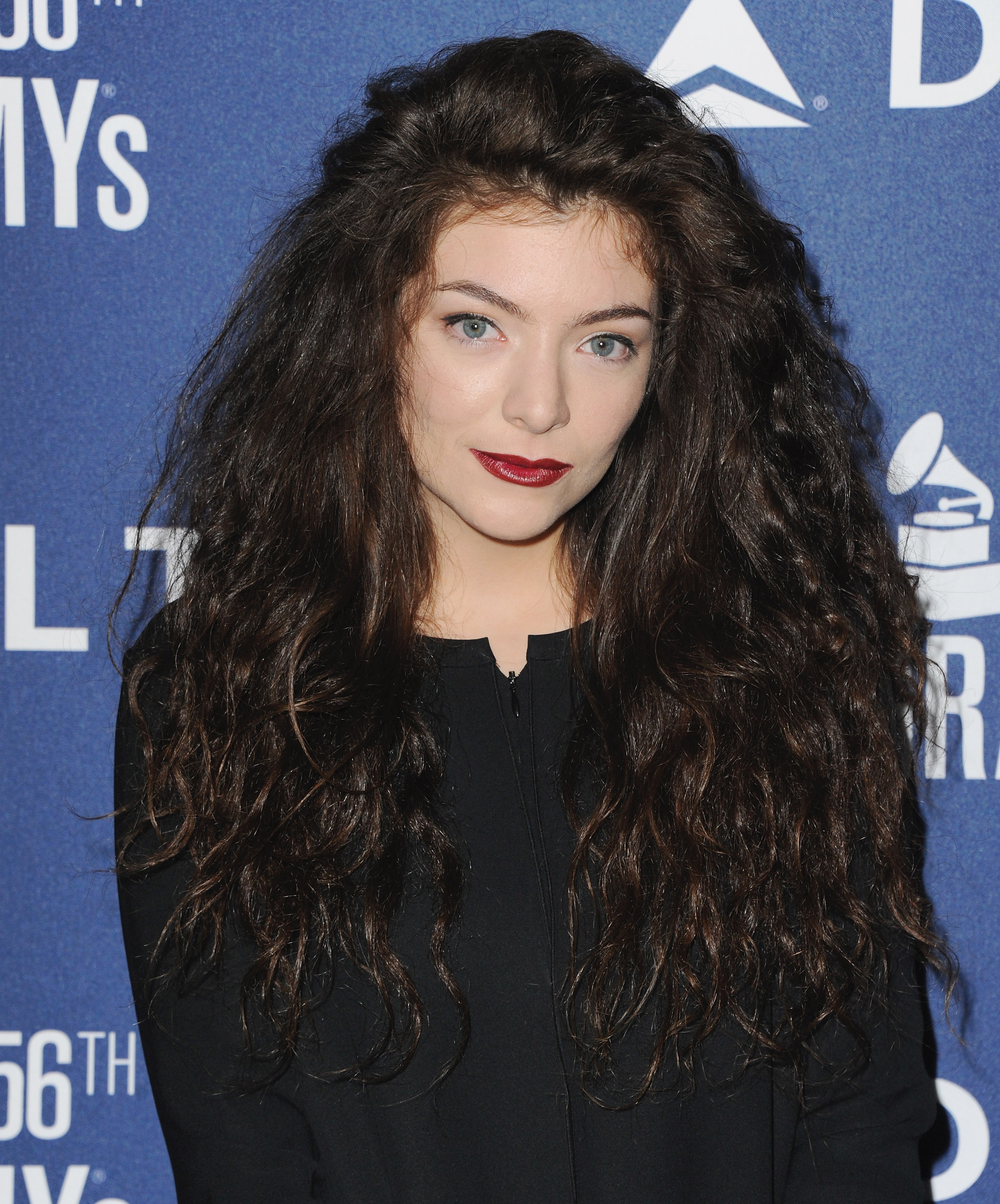 Besides being one of the youngest stars to top record charts with her hit song, “Royals,” Lorde has been making a name for herself as a strong, intelligent, and outspoken woman. This week on Twitter, the singer spoke out against a Photoshopped image from her performing on stage, and gave girls everywhere another reason to love her — and themselves — a little more. Her tweet is below.

MORE: Lorde and MAC Cosmetics are Collaborating on a New Collection 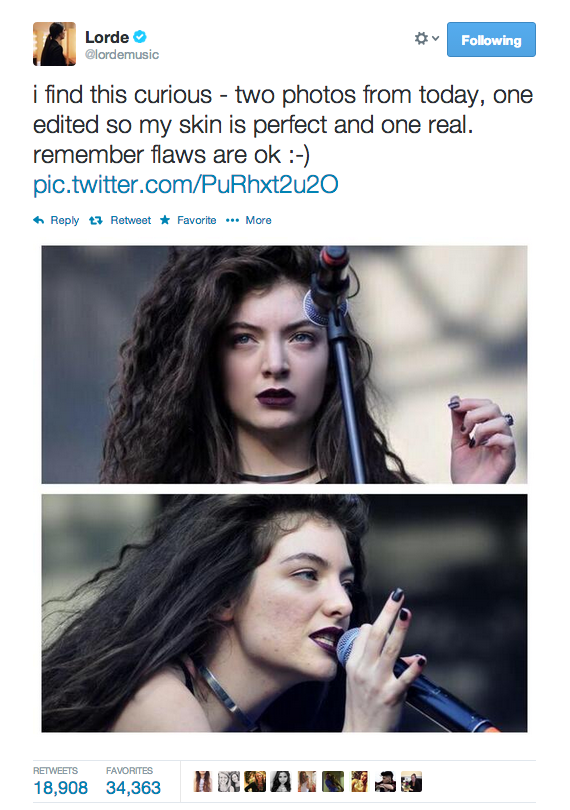 These days, it’s nearly impossible to see a photo of a celebrity — or for that matter, anyone — that hasn’t been edited. From retouching apps to Instagram filters and Photoshop, seeing unretouched, unedited photos has become a thing of the past, and frankly, it’s sad. Lorde isn’t the first celebrity to speak out against Photoshop, joining the ranks of stars like Lady Gaga, Beyonce, and even Ashley Benson of “Pretty Little Liars.” We’re glad that these ladies aren’t okay with false images being portrayed in the media. Hopefully, their young fan base will hear the positive message that flaws are, in fact, okay.