Long before I had locs, I knew I wanted them. The combined influence of my West Indian roots and D.C. upbringing ensured it was a hairstyle well-worth seeing and celebrating. It was never labeled inappropriate or dreadful; instead, it was an awe-inspiring look that had a profound effect on my idea of Blackness. Back in the day, Saturdays were spent at the hair salon where my childlike eyes reimagined the locs of customers as cascading, chocolate brown waves. It was only when I started wearing them as an adult that I realized there were negative stigmas attached to them.

Starting locs was especially challenging for me because I used to change my hair like people changed handbags. However, after years of growing, shedding, swelling, and then forming, I’m proud to say that my fully-realized crown is an authentic part of me. I see beauty, grace, and homage to my ancestors when I look at them. Plus, I’ve embraced being a standout while navigating the fashion and beauty industries. In fact, I see it as a benefit. When I walk into a room, there’s no missing me. Besides having blonde locs, I also love brightly-colored clothes and heels that touch the sky.

To that same point, I’m not ashamed to admit there was a time when my confidence wavered. When my locs made their debut, there was an immediate shift in how people would approach me; from interactions with men to haircare brands pitching a collaboration. Sadly, some questions hardly lined up with the supposed progress made in dismantling harmful beauty standards.

“Why would you want to go and do that, Jamé? You have pretty hair.”

The repeated impact of these simple, but ignorant inquiries meant I had to relearn how to see myself as beautiful, all while trying to change the narrative around a hairstyle that’s been overgeneralized and undervalued. Today, I still feel obligated to correct such inaccurate statements and loaded questions, starting with the proper name for the hairstyle.

“Locs” and “dreadlocks” are the widely-accepted monikers. Personally speaking, I prefer the former because, well, there’s nothing dreadful about my hair. The long and illustrious history of locs is proof of that. For instance, their origins actually trace back to at least 2500 BCE where the Hindu God Shiva is described as having locs in The Vedas, Hinduism’s oldest scriptures. For that reason, the style may be connected to the person’s spiritual practice or a higher being. But at its most basic state, locs are about as natural of a hairstyle as one can have since you aren’t manipulating the hair, thus causing it to tangle on itself and “loc” in place.

Beyond their name, assumptions and education around locs (or lack thereof) differ from those of other natural hairstyles. For instance, while we’ve seen various companies enforce rules that are inclusive of natural hair textures, locs are often left out of the equation. So much so, that the 11th U.S. Circuit Court of Appeals actually ruled it non-discriminatory to ban locs in the workplace. 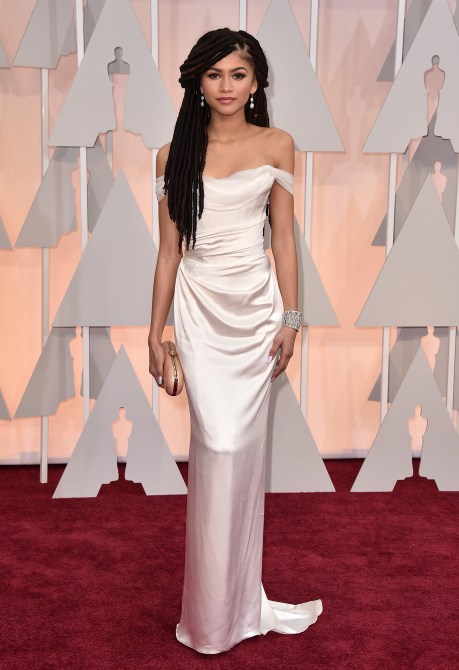 Ultimately, this combined lack of history, education, and legislation continue to have a profound impact on how they’re viewed globally. For instance, who could forget when TV host Giuliana Rancic suggested that Zendaya’s 2015 Oscars hairstyle smelled of “patchouli” and “weed?” Egregious statements like this are not only rooted in ignorance, but perpetuate what so many think of those with locs already— that all of us smoke weed and/or identify as Rastafarian. If it’s not that, perhaps it’s the assumption that we’re all “earthy,” or mischievous by nature.

Additionally, going beyond the scope of just one look is the overarching challenge associated with Black hairstyles. When they’re worn by white people, societal approval is given. Meanwhile, PoC are frequently punished for wearing those same looks. Faux locs on a runway are “trendy,” but when they’re on the head of a Black person in a department store, security is called. Consequently, there’s an unfair amount of pressure to keep our hair tame and well-groomed. As someone who often does camera work, I’ve experienced this firsthand. There will be backhanded remarks of how “nice” my hair looks when it’s first done, but as soon as it begins to grow out, someone will ask when my next appointment is. 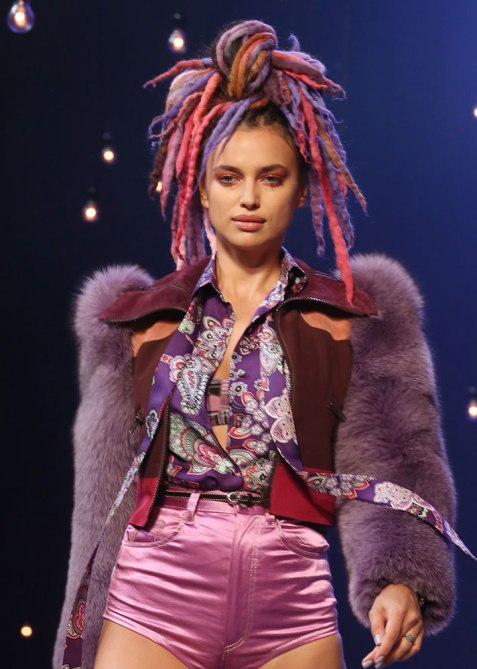 For me, the hardest part of this journey isn’t the perception of white audiences or those not familiar with ethnic hair. Instead, it stems from fellow PoC in my industry, where it seems the negative stigma of locs has trickled into the natural hair community. In short, locs have become the red-headed step-child of textured hair types.

For instance, I’ve been excused off of panels or simply told that there’s “nothing for my hair” at a product launch. There are many Black haircare brands that simply don’t bother to include me on their PR listings because they assume again, that their products won’t work for me. This obviously makes my job harder as a Black beauty editor. How can I be expected to know and support brands that claim to prioritize kinkier hair textures, but still exclude mine?

This extends to advertising and marketing campaigns, as well. Rarely will you see women with locs or buzzcuts in campaigns for some of the biggest natural hair brands. Of course, I want to support the places with legacies made for and by Black women. However, if I never see myself reflected in its campaigns, how do I know that I matter? It’s as if my natural hair isn’t “on brand” for naturalistas period. Furthermore, I can’t name a single brand that caters exclusively to locs. 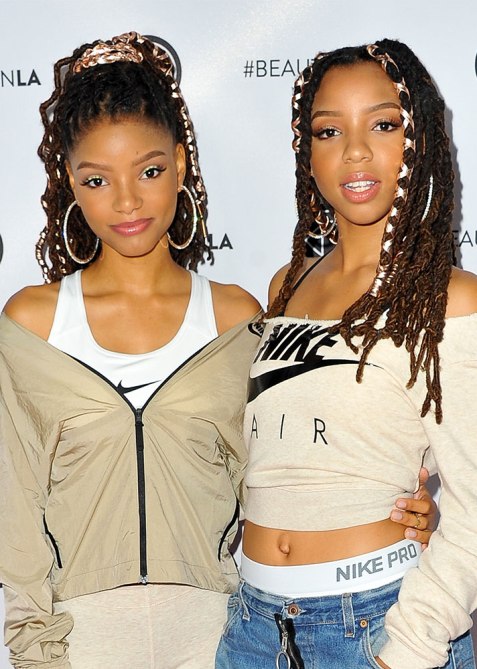 However, I won’t completely discredit the shift–a very slow shift–that’s taking shape. For starters, we’re seeing more representation than ever on celebs such as Chloe and Halle, Ledisi, and Ava DuVernay.  But we can certainly do more. For instance, I would love to see more women with locs on panels in the natural hair community, and in leadership positions across the industry. To have all hair types represented in testing labs would be a game-changer. And of course, this inclusion should trickle down to the marketing tactics for any product or brand. Why put faux locs on a curly-haired model when you can simply recruit someone just as qualified with the real version?

I can only imagine how refreshing it would feel to attend a product launch or deskside knowing that I won’t have to simply pass the products onto someone else. I’m exhausted with feeling left out. So let’s start by demanding more locs education and bravely call out the misinformed. We can’t begin to change a society’s mindset until we play an active role in the dismantling.