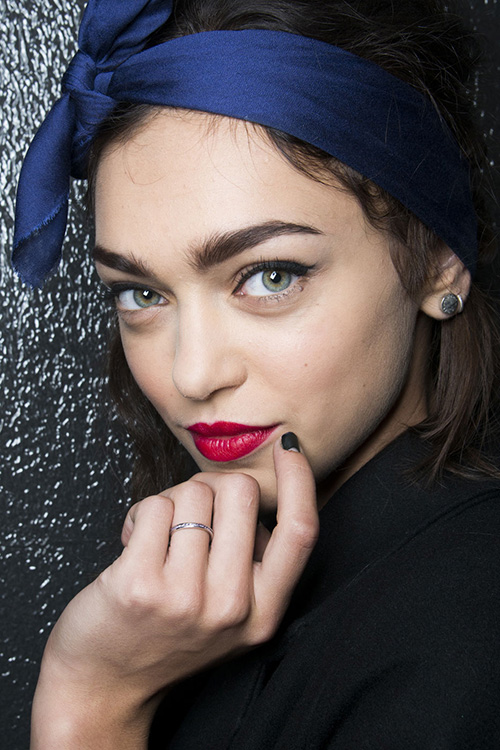 Whether you slick it on every day or just when you’re going out on the town, lipstick — and the act of wearing it — is grand tradition dating back thousands of years.

Read on for some really crazy facts about this pout-making product that may make you take pause the next time you pucker up.

The first manmade lipsticks appeared about five thousand years ago when women apparently ground down precious gems and used the dust to color their lips. In prehistoric times, evidence shows that women may have used fruit juices to stain their lips.

Some lip products have a fishy ingredient.

Lipsticks can contain castor oil or even fish scales, which supposedly give our pouts an unsmearable shine. But these ingredients aren’t as unsavory as what women in the Middle Ages used for lipstick: Many concocted lip stain from sheep fat and mashed red roots.

Lipstick was once a cause for annulment.

In Europe’s Dark and Middle Ages, wearing lipstick became a calling card for prostitutes and lower class women. This stigma endured over many centuries: In the 1700s, the British parliament declared that men could annul their marriages if they suspected a woman lured them into matrimony by wearing lipstick (and blush), as if makeup was a kind of witchcraft.

One of our presidents was a big lipstick fan.

According to some reports, George Washington would occasionally wear lipstick. (If you look at paintings of him, his lips do look quite colorful…)

Lipstick was part of the women’s lib movement.

The early 1900s was a big time for lipstick innovation.

Maurice Levy created the modern lipstick tube, which raised and lowered the product, in 1915, while the swivel tube debuted a few years later in 1923. In 1930, Max Factor Company unveiled the very first lip gloss.

In the 1920s, the New York Board of Health actually considered banning lipstick due to a concern that the product could poison a man if he kissed a woman wearing it. Though, considering that some lipsticks contain lead, maybe this worry wasn’t completely unfounded…

Men love it when we wear lipstick.

And women really love to wear it.

Every year, between 800 and 900 million lipsticks are sold worldwide. European women, however, seem to love their lipsticks the most — 300 million tubes are sold in Europe alone.