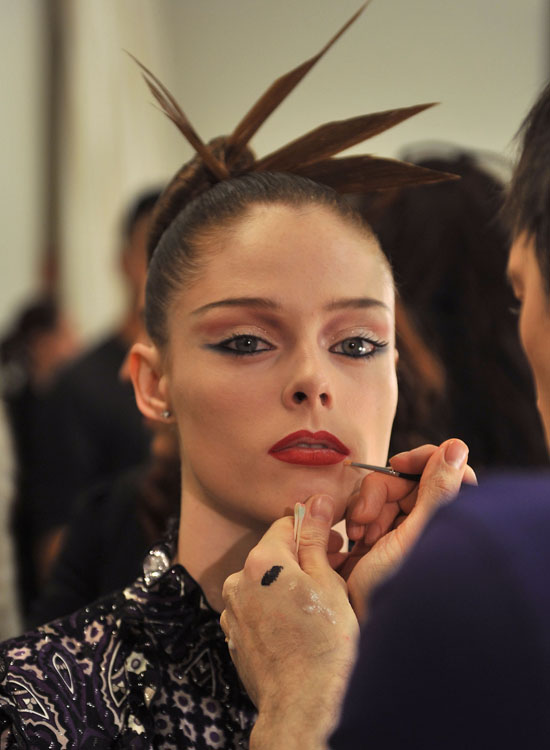 Lip liner has had a bad rap for decades—ever since women thought it was a good idea to pair brown lip liner with nude lipstick. But the pencil does have an important place in our makeup routine if used correctly. It adds color, works as a primer and creates precise lines. Here are the top mistakes to avoid for perfect lipstick every single time.

1. Going Too Dark
The number one mistake we learned from the early 90s is never apply a darker pencil around your lipstick. Not only does it look tacky, but it also makes your lips looks smaller. If you can’t find a close match or a clear pencil, go with a pencil one to two shades lighter. This makes the center of the lips look plumper.

2. Leaving Smudges
A lip liner’s most important function is to create perfectly straight lines. Leave even one smudge and the lip looks sloppy. Fix any mistakes with a brushed dabbed in concealer. Trace the brush along the edge of the lips to cover any missteps.

3. Harsh Lines
Just as you don’t want smudges, you also don’t want harsh lines. The liner should be subtle and blend in with the lipstick. Two simple tricks: dab a Q-tip along the edges to soften the look and never sharpen the pencil to a super fine tip.

4. Moving Outside the Line
This may seem like the perfect way to fake bigger lips, but it only makes the lines more noticeable. Stick to drawing directly on the line.

5. Drawing Straight Lines
Straight lines tend to be harsh. Instead draw on an angle. This will also fill more of the lip and act as a better primer.