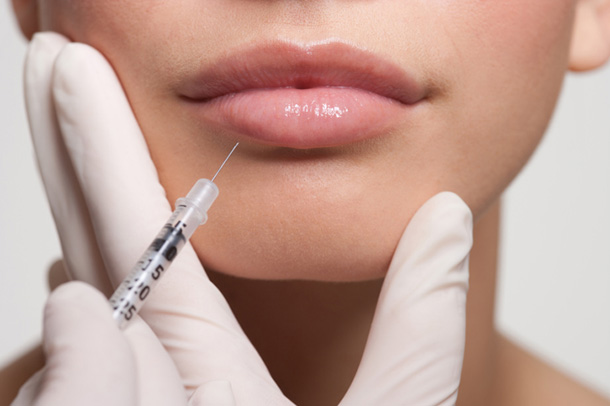 On the latest episode of “Keeping Up with the Kardashians,” 17-year-old Kylie Jenner at long last admitted to having lip injections. This is notable for two reasons: one, that she repeatedly denied having had fillers, and two, she’s 17. While, let’s be honest, Kylie probably shouldn’t have gotten them done, she’s certainly not the first in a long line of celebrities—and non-celebrities—to have undergone the procedure. Whether you’re considering getting them yourself or are just curious, here are five things you should know about lip injections.

There are plenty of options, but hyaluronic acid fillers are most common.
In 2015, Restylane and others like it are the best bet for lip injections—they’re definitely the more advanced options, made of a gel-like formula that imitates hyaluronic acid, which occurs naturally inside the body and is responsible for the “plump” quality of youthful skin. The results are long-lasting, usually six months or longer, and it’s much more effective and considerably safer than other substances, like collagen, which requires a four-week allergy test as it’s extracted from bovine hides. Another option would be to have your own body fat taken from another area and injected into your lips (yes, you read that correctly), but the results are short-lived as your body tends to reabsorb the fat.

You can control how full your lips get.
Particularly in the case of hylauronic acid fillers, it’s easy to control the amount that’s injected into the lips, so you won’t go from your natural pout to crazy fish lips instantly—you can assess during the process and see if you want more or if you’re comfortable with the way your lips look as is.

It’s not as costly as you might think.
Lip injections aren’t cheap by any means, but they’re also not so expensive so as to be the exclusive province of the super rich. Around $600 is a reasonable price to expect from a dermatologist or cosmetic surgeon, but it goes without saying (we hope!) that affordability should absolutely not be your biggest concern when it comes to this type of thing. Not only is your doctor responsible for your well-being, but your results, too—the better the doctor, the better your lips will look.

Lip injections are considered a “non-surgical” procedure.
Because they’re injections rather than implants, lip fillers aren’t considered plastic surgery, which is why they can be performed in your dermatologist’s office with little more than a topical numbing solution and a few deep breaths.

Yes, there are risks.
Lip injections have come a long way, which is why they’re more popular (read: more common) now than ever, but that doesn’t mean that there aren’t risks and side effects involved. Swelling, redness, bruising, and pain are all common complaints, even with relatively safe hyaluronic acid injections, and it’s possible to develop lumps and asymmetries, which is why it’s so important to see an experienced doctor that you trust. As seemingly innocuous as fillers are these days, they’re still never something to mess around with!