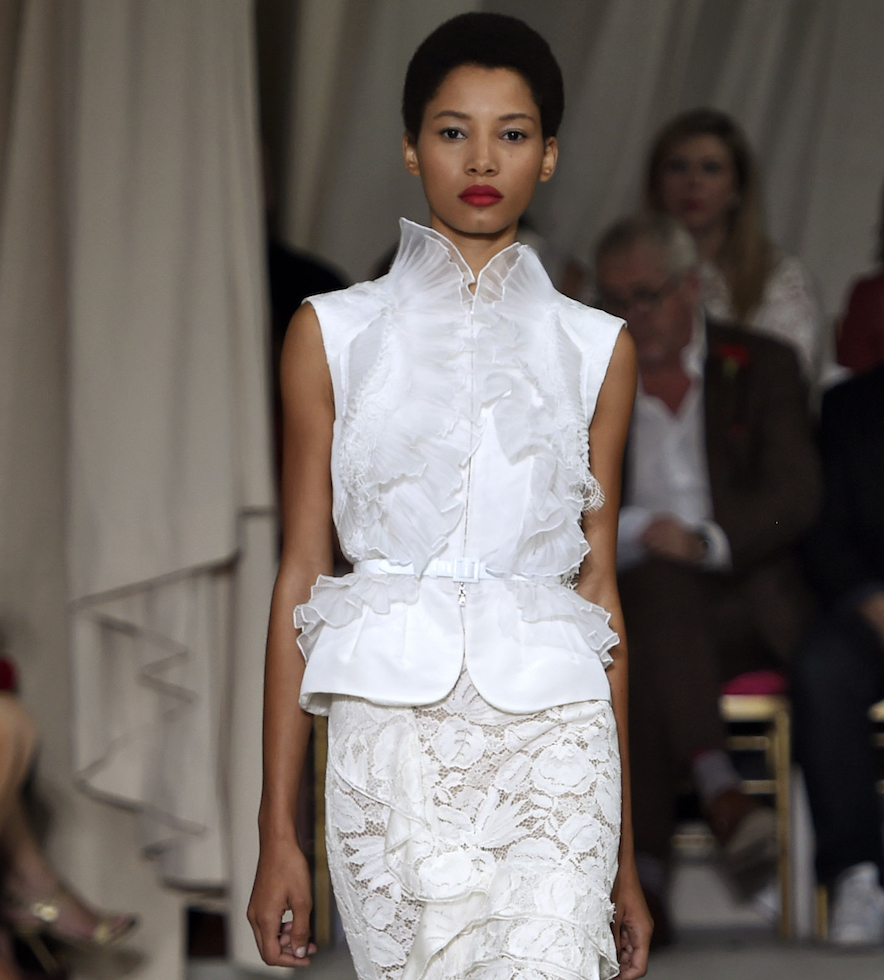 As we’ve been immersed in the Fashion Week trenches, there are a few models that we’ve been consistently running into backstage. Namely, Lineisy Montero, the Dominican beauty who we called out as a new face to watch prior to NYFW, who clearly secured a place at the top of the crop, opening for both Jason Wu and Derek Lam this season, and walking in several other top shows, including Givenchy, Alexander Wang, and DVF.

We caught up with the lovely model briefly to talk about her natural look—one that got her cast as an exclusive to walk Prada in her rookie season last year (and one that’s left her hair practically untouched in every show she’s walked since.) To prove how easygoing she is, Montero insists she relies simply on a sugar and honey face scrub to keep her skin balanced in between the chaos of shows.

As for the best tip she’s gotten from makeup artists throughout the (many) she’s been sitting in their chairs? To pile on the moisturizer—and keep it on hand at all times—especially when taking makeup off numerous times each day. But, Montero added that you also have to give your body hydration from the inside as well, so “always drink water and stay hydrated so you feel good inside, and it shows outside.”

And about that hair? She simply washes it every day, and treats herself to a ginger and coconut oil conditioning treatment to keep it healthy. Individuality is all over the runways this season, and we’re all about it.

MORE: The Overdrawn Lip Has Taken the Runway