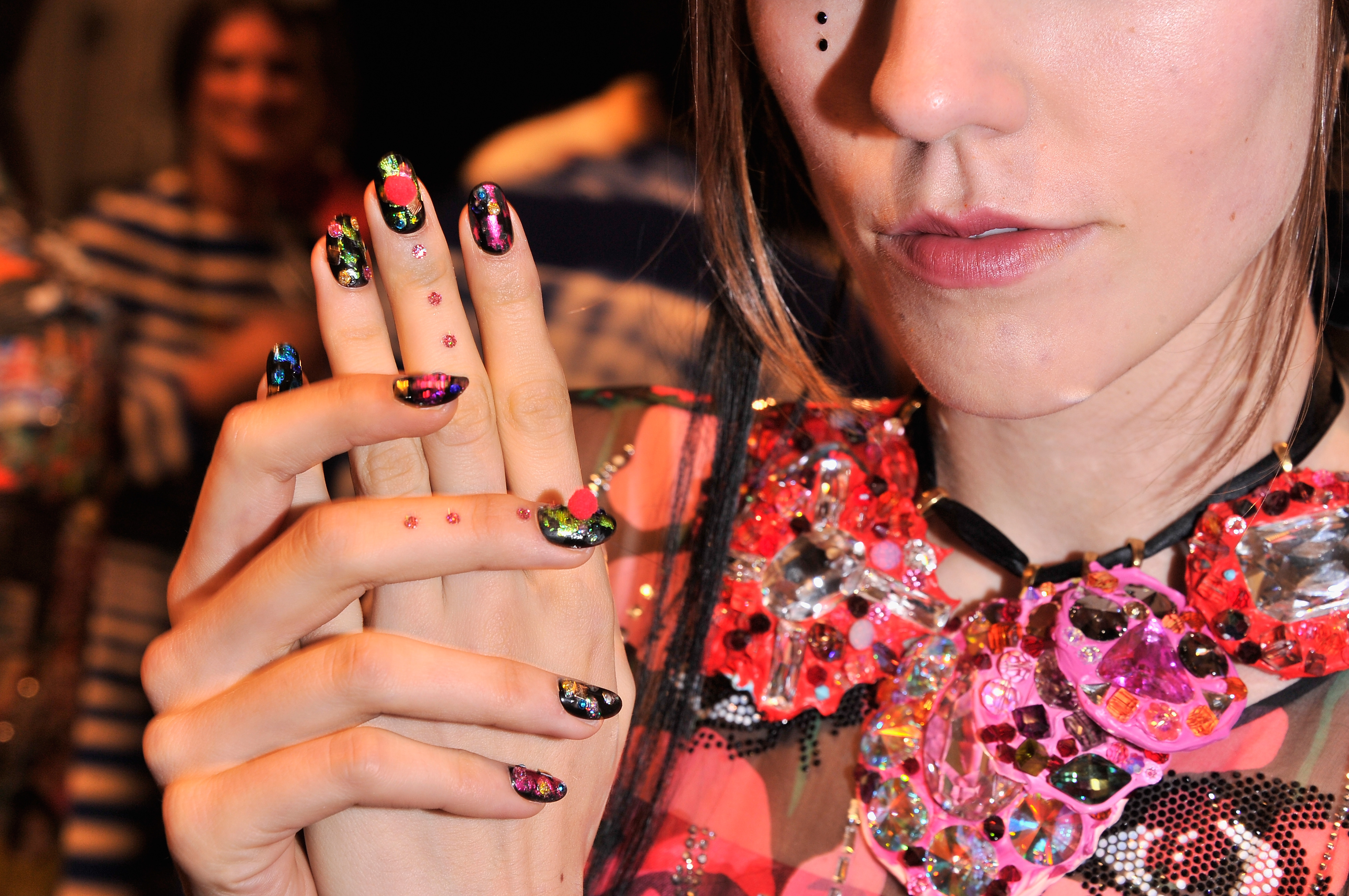 Never one to disappoint, the nail designs backstage at Libertine were created by none other than Butter London’s Katie Hughes, who also took lead on the makeup at the show. In seasons past, the nails at Libertine have been bright and bejeweled, certainly not for the faint of heart. For spring 2014, Katie designed a foil manicure topped with tiny pom-poms, inspired by the textures in the collection. “I created the nails with a strong team of 10 nail techs in my hotel room last night. It took us six hours to do 300 nails. They’re a massive collage of holographic foil over the top of Union Jack Black polish. The inspiration is edgy but pretty, with this cool, colorful collage of foils,” Katie told us.

For the nail art junkies out there who want to recreate this look, Katie first painted the nails with Union Jack Black, then applied holographic foils in several colors to each nail. Then, she applied crystals and studs to the nails, adding red pom-poms on accent nails. Taking things one step further, she also applied crystals along the middle fingers to accent the nail art and elongate the look of the finger. For an up close look at the Libertine nails, watch the video below!

More From Beauty High:
8 DIY Nail Polish Organizers For Your Growing Collection
Watch: Get the Window Pane Manicure From Tracy Reese on Your Tips
How to DIY Charlotte Ronson’s Polka Dot Manicure at Home