Leighton Meester is back to her roots—literally—after three fun months as a blonde. The 32-year-old actress, who made headlines when she dyed her hair platinum blonde in April, recently went back to her signature brown locks, and dare we say it: She looks better than ever.

Meester’s hair colorist Justin Anderson (who has worked with famous faces such as Margot Robbie and “The Bachelor” star Ashley Iaconetti) shared several Instagrams of the “Gossip Girl” star’s fresh cut and color on Monday. The pictures featured Meester with a tousled lob, which was dyed from platinum blonde to her signature chocolate hue. Check out the before-and-afters below for the major transformation.

MORE: The Celebrity Bobs and Lobs That’ll Inspire Your Next Cut

And though fans have come to know Meester as the high-class brunette Blair Waldorf on “Gossip Girl,” she’s actually not a natural brunette. Meester’s natural hair color happens to be blonde, which she dyed before she was cast in “Gossip Girl” to differentiate herself from her costar Blake Lively.

“Leighton was a blonde when she came in to read, but Blake [Lively] was the blonde, so we asked her to color her hair,” “Gossip Girl” creator Josh Schwartz told The Hollywood Reporter. “A risky move on her part in the middle of pilot season, but she did a sink-rinse dye job to audition as a brunette.”

While we know that Meester can rock any hair color, we’re happy to see her back as a brunette.

MORE: 20 Female Celebrities Who Have Slayed with Both Blonde and Brunette Hair 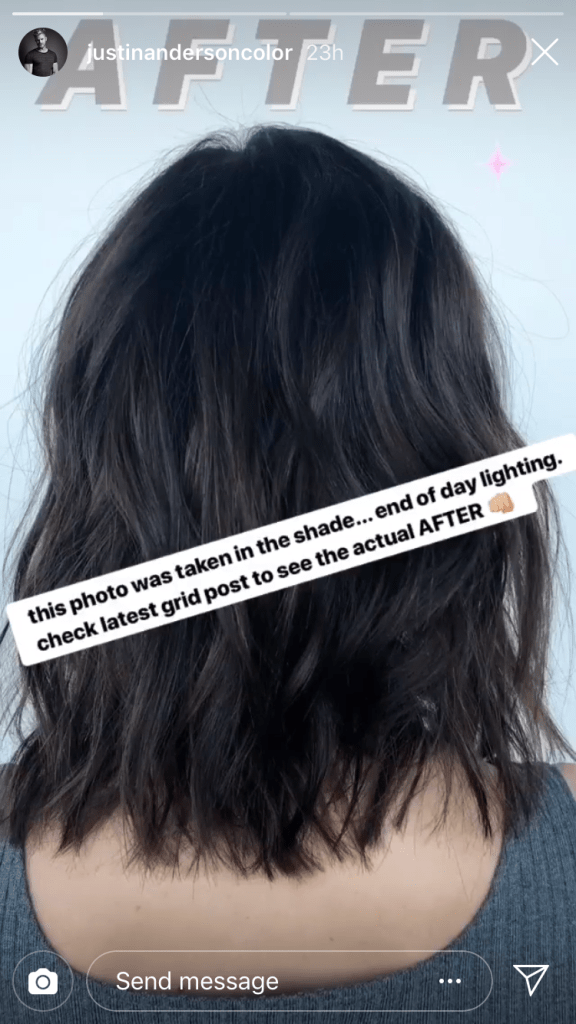