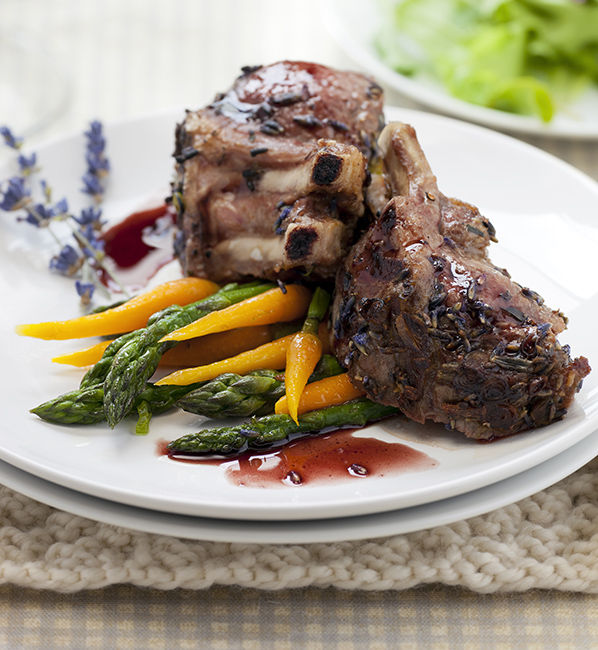 Star basketball player LeBron James usually makes headlines for his aptitude on the ball court, not for his eating habits, but that all changed after a recent interview with CNN. During a sitdown with “Unguarded” host Rachel Nichols, James revealed that he lost about 30 pounds over the course of 67 days after he swore off carbs, refined sugar, and dairy. It would be a bit of an understatement to say that this discovery, coming from an athlete who was already crazy-fit, piqued our interest.

How did he do it, exactly? James says he stuck to eating meat, fish, fruits, and vegetables—and that’s it. Originally he had only planned to keep with the non-diet for a month, but he felt so great that he kept it going for longer. Where can we sign up?

According to registered dietician Aicacia Young, the baller’s diet is basically a stripped-down version of the Paleo approach. Her clients who have tried it have noticed results like higher energy levels, better mental focus, fewer digestive problems, improved seasonal allergies, stabilized mood, better athletic performance, clearer skin, and sustainable weight loss. It’s especially good for weight loss, she says, because it forces people to fill up on nutrient-rich vegetables and animal protein instead of grains, sugar, or dairy.

The decidedly less enticing flip side: That also means ice cream, muffins, and delicious yet bad-for-you processed foods are off-limits—believe it or not, they can negatively impact everything from your energy level to your mood. “When you eliminate or cut back on grains and processed foods, you can reduce sugar spikes and crashes, resulting in more consistent energy levels throughout the day,” says Young.

The LeBron James diet (as we’re now calling it) is made more so effective not because of what you are eating, but because of hidden ingredients in the foods that you ditch, says board certified internist David Wertheimer, M.D., of the Wertheimer Center for Metabolic & Nutritional Medicine. “Many of those foods are either full of sugar, such as high fructose corn syrup; poorly digestible, like gluten found in cereal grains; or have very high glycemic loads , like flours, which tend to spike your insulin level and cause fat deposition.” He also points out that the diet’s gluten and dairy-free aspect addresses up to 85 percent of food sensitivities, some of which go undiagnosed. Removing those foods from your diet can clear up a whole host of issues you may not have even known you had.

Because it’s so accessible, pretty much anyone can give the diet a shot. Dr. Wertheimer says that you’ll really reap the benefits if you aim to simply eat “clean”—think grass-fed, pasture-raised beef, cage-free,  pasture-raised poultry, and pastured pork. Organic  fruits and vegetables that are free of pesticides, GMOs, and preservatives  are also the best choice, he says. That said, those organic meats and produce can get costly. If you’re on a budget, Young says to just aim to eat foods in their unprocessed form. If you can get fresh, organic fruits and vegetables, all the better, but frozen produce is okay, too, and the same goes for organic meats. “Animal protein is important, but it should not become the main focus of the diet,” says Young, who recommends that you reach for fresh vegetables and fruit when you get hungry.

One important note: You don’t have to limit yourself to a flavorless slab of meat with a side of steamed vegetables on this diet, which permits for seasonings. Young and Wertheimer both recommend using “healthful” oils like coconut or grapeseed oil to cook your food, and olive oil to add flavor to your vegetables. Herbs and spices are also a great addition that will add loads of flavor without tacking on calories.

Interested in trying the LeBron James diet? There’s no time like the present! Dr. Wertheimer recommends striving for three full months of clean eating, but he says that it’ll take two weeks for you to start actually feeling the results. Why the delayed reaction? It takes your body around 14 days to feel the impact because you’ll need time to detox and “flush out” the other crap that you’d been eating before. If three months sounds like a lifetime, Young says to aim for two to four weeks and then reevaluate how you feel. If you feel better than ever, which you should, take the initiative to stretch the diet longer—just like LeBron.