It’s no secret that Laverne Cox’s resume includes a long list of “firsts,” including but not limited to: first openly transgender Emmy nominee, first openly transgender entertainer with a Madame Tussauds wax figure, and first openly transgender person on the cover of Cosmo. But what makes me absolutely stan this goddess is that she’s hardly rested on her laurels. There are some who would disagree with the late Nina Simone who proclaimed “it’s an artist’s duty to reflect the times in which we live.” I am not one of them and thankfully, neither is Cox.

Her most recent advocacy work includes partnering with Band-Aid and RED on a set of gorgeous red Band-Aids ($5.79) exclusive to CVS and CVS.com. For every box purchased, a day’s worth of life-saving HIV/AIDS medication will go to a person in sub-Saharan Africa. “This collaboration is really exciting to me because Band-Aids are something that we all have and need, right? And what we need can make a huge difference in someone’s life,” she tells StyleCaster. “A lot of friends of mine, unfortunately, I’ve lost to HIV and AIDS. And I have a lot of friends who are living with HIV now, so it’s just really special to be able to partner with folks like RED and Band-Aid.”

Though this particular partnership was a no-brainer, Cox has a laidback, but effective approach when it comes to partnering with brands: do the research, align your schedule, and make sure it’s service-based. “[Orange is the New Black] emboldened me to be more outspoken, to be more courageous and brave in what I speak up and speak out about…So we get to go out into the world with a sense of purpose and not have to worry about that part of it.” 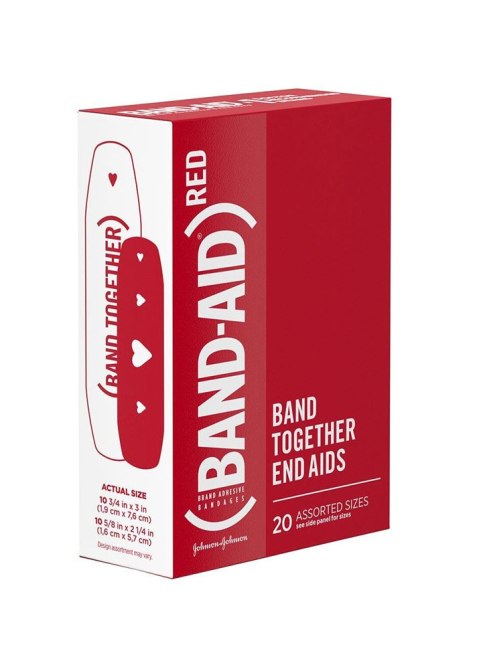 Personally, what I’ve appreciated most about OITNB (except Poussey’s death—still not over it) is the cast itself. At one point or another, everyone has been a bestie in my head, including Laverne. My dream closet might as well be her red carpet ensembles. Whenever she blesses the Instagram feed with a dance sesh, chances are the song is already on my playlist. Oh, and we both look damn good in Savage x Fenty Lingerie.

So after getting the deets on her Band-Aid/RED partnership, of course, I used the opportunity to quickly pick her brain about red carpet fashion, strutting Rihanna’s runway and more. Here’s what she shared.

Usually, on a red carpet you have these teeny tiny bags, which I really hate. You can’t have a lot of things in them. So, it’s just sort of the essentials…lipstick, credit card, ID, and a little bit of cash just in case.

Inclusion is About Opportunity, Not Just Shade Ranges

I think it’s always about who is making the makeup and who is in the decision-making roles behind the scenes. Then who were the models selling the makeup, what sizes are they, what complexions are they, and how did they identify in various forms of gender? Is the diversity just about taking people’s money or is it about getting them money?

What are we doing in terms of diversity to empower people to be entrepreneurs themselves, to have opportunities to make money and not just to spend money? Those are the questions we must ask for beauty and for everything else. It can’t be about checking off boxes.

Rihanna Just Gets It

What I love about Rihanna is that, I mean, it’s not even a thing. It’s not like, ‘Oh, we’re so diverse.’ It’s just that she authentically is just like, everyone’s beautiful, so let’s have them. And everyone deserves to feel beautiful and everyone deserves to feel sexy, so let’s make sure that we have something for everybody and that they’re here at the party. That was the best part about working with her. The whole [Amazon fashion show] was pretty spectacular.

It just seems to me that these are the people she has in her life and she just wants it to be reflected in her work. I don’t know that for sure, but that’s what it feels like. I was sort of the opening moment for Migos. You don’t always think of hip hop and trans people as being synonymous. It’s something as simple as that. It’s not like an, ‘Oh, is anybody going to be uncomfortable?’ moment. It’s like this is just what it is. And I think that is the biggest lesson of what Rihanna is doing. These women are gorgeous. These non-binary people look gorgeous. These people who are amputees are gorgeous. Why wouldn’t we have them?