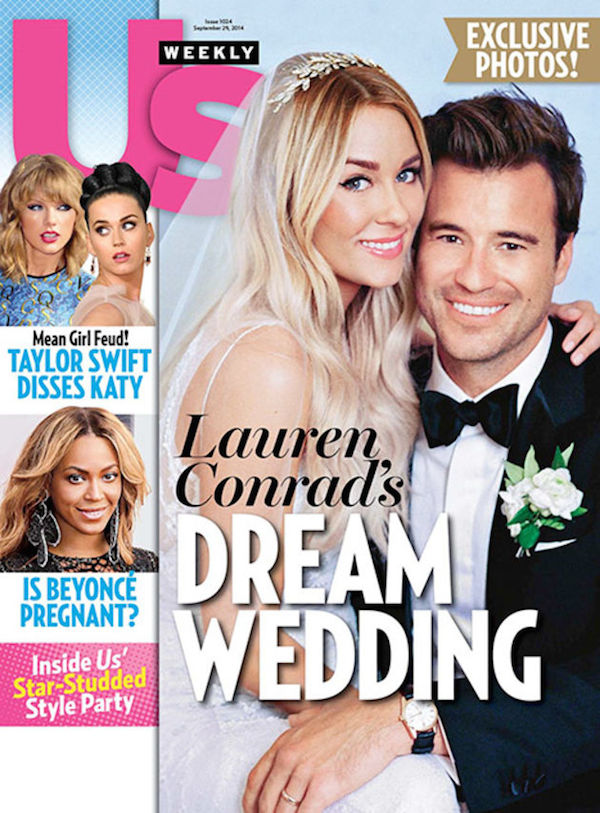 Ever since Lauren Conrad tied the knot this past weekend, we’ve all been obsessively checking Instagram, Twitter, and every other media channel we can think of for details from the bride’s big day. The official wedding photo came out with US Magazine, featuring Conrad and her new hubby, William Tell, on the cover, and we all needed to know the details inside. Thankfully, we now have details from Tells’ wedding!

Kristin Ess, Conrad’s longtime hairstylist, friend, and co-founder of The Beauty Department, was naturally by the bride’s side for her big day. According to Ess, Conrad wanted something that “wouldn’t feel dated in 20 years,” which is how they came to the style of curled extensions (using a 1 and 1/4 inch curling iron) and setting the curls with hairspray. The hairpiece was a design by Jennifer Behr called the Arielle chignon wrap.

As for the makeup, Amy Nadine, who’s also been doing Conrad’s makeup for years and is the other half of The Beauty Department, created the look from what she calls her “Lauren Kit.” Using Kanebo by Sensei Foundation, Giorgio Armani Powder and Make Up For Ever HD Blush in Peachy Pink, Conrad’s look was incredibly natural. On her eyes, Nadine used mark Get in Line Black Eyeliner (for her signature cat eye) with Maybelline Full n’ Soft Mascara. As for the lips? She applied Kanebo by Sensai Lip Liner in Sakura and Dior Addict Lip Polish in Peach.

Lauren Conrad knew that for wedding day hair and makeup, she should look like a slightly more done up version of herself, and she nailed it!