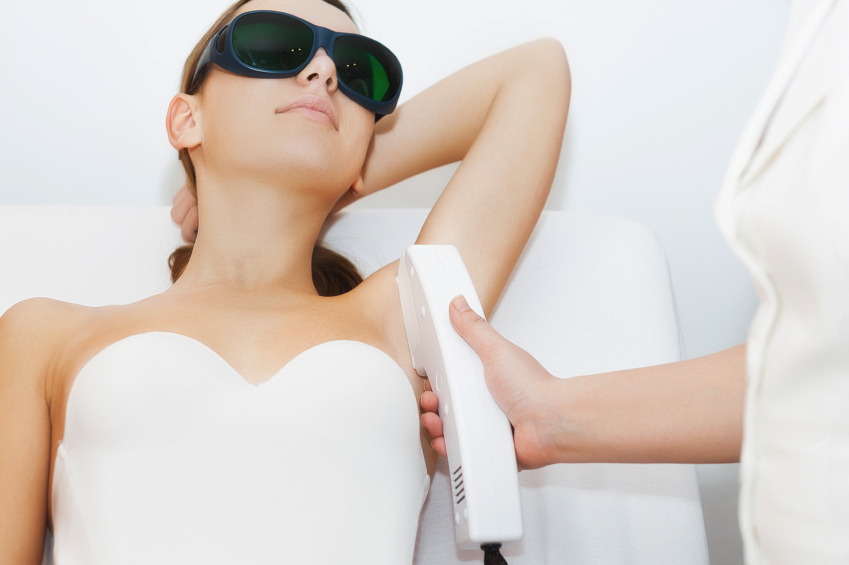 Hair removal can be a tricky, tricky business. Whether you’re a wax devotee or you find yourself buying razors every two weeks, you’ve likely thought about getting laser hair removal at least once in your life (if you haven’t already gone there). While you may be able to get away with skipping a shave in the winter, summer lends itself to bikinis and tank tops, and hair removal quickly gets frustrating. Before you make the jump to laser hair removal, though, we suggest taking a look at the new findings regarding the procedure: In-office lasers are being linked to airborne toxins.

According to the recent study by Dr. Gary S. Chuang, a dermatologic surgeon at Tufts Medical Center in Boston, preliminary results say that laser hair removal releases potentially harmful toxins in the air. Every time Chuang performed a laser hair removal procedure, he noticed odorous, black plumes coming off of the skin. “Initially people said, ‘Ah, it’s just sulfur,’ because that’s one of the main components of hair. There’s a disulfide bond between keratin that makes your hair curl and builds up the bond within the hair,” Chuang says. “That seemed to make sense. But the black plume that comes out [during the procedure] was unsettling. And I found all these chemicals that were shocking.”

After studying the black plumes, Chuang and his team found over 300 chemical compounds in the plumes, 13 of which are harmful to humans and animals. Presently, the biggest risk posed is to the professionals who work with the lasers (and not necessarily the patients) because they’re constantly exposed to the chemicals. So far, we know of two documented cases of health care workers contracting HPV of the throat from breathing in particles after assisting on genital laser surgeries, though it is not conclusively due to the particles.

While the research is still in the preliminary stages, we can’t help but ask: Is laser hair removal worth the potential cost of HPV? We’ll stick to razors and wax.

More From Beauty High:
An Expert’s Take on Models Eating Cotton Balls to Stay Skinny
Your Lipstick May Contain Traces of Lead (But It’s Probably Harmless!)
Can UV Lamps For Gel Manicures Cause Cancer? What You Need to Know Now