We’ll be the first to admit Kylie Jenner actually knows a thing or two about makeup. So, when the Kylie Cosmetics founder did a 10 minute makeup tutorial with Vogue, we took notes. Although nothing was extremely groundbreaking, there are a few gems we’re definitely jotting down. Oh, and did we mention she used an unknown neon Kylie Cosmetics eyeshadow palette?

Yes, that’s right. Kylie just pulled a Rihanna and used one of her new products in a tutorial video. The palette is mostly warm tones with metallic and matte finishes, plus some orange and red colors thrown in. She uses a gold color on her eyes, calling it her favorite gold ever created. We’ll have some of that ASAP, please. 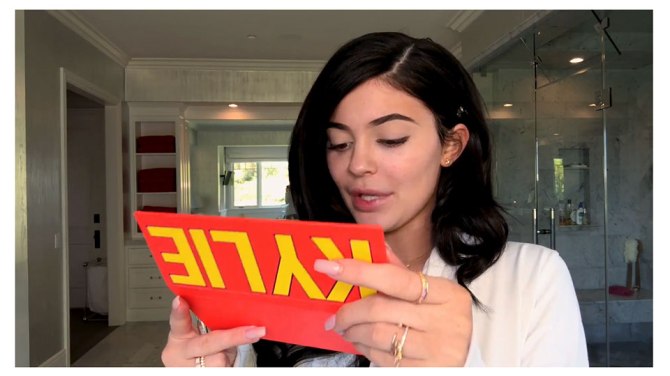 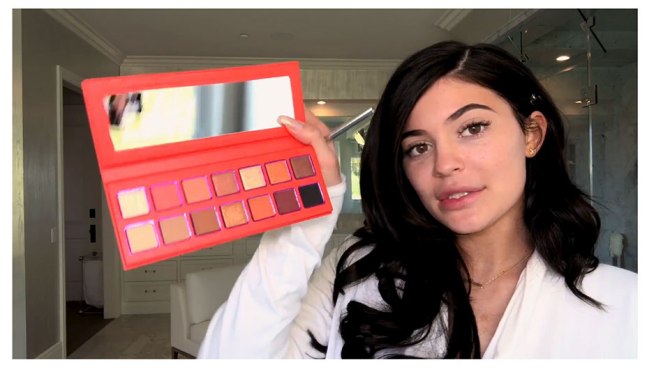 It was a little hard to focus on the rest of the video after seeing her use a new palette to create a warm smokey eye with orange tear duct highlight, but we did it for you. The most notable part was her contour application.

Instead of taking a dark stick to her face, she instead bronzed in a “3” shape from forehead to cheekbone to chin for optimal shaping. The next part in Jenner’s step is her most crucial and something she’ll never skip: baking. Although admittedly Jenner doesn’t know why it’s important to bake after bronzing, she still religiously does it because she likes the effect.

“I can’t do my makeup without baking, I think it really does help,” She said. “And for anyone that doesn’t know what it is, baking actually, it’s like the powder is soaking into your skin and leaving a residue of color. So, I’m actually trying to make this lighter here [underneath cheekbone] so I have more of a, it just shapes my face.” 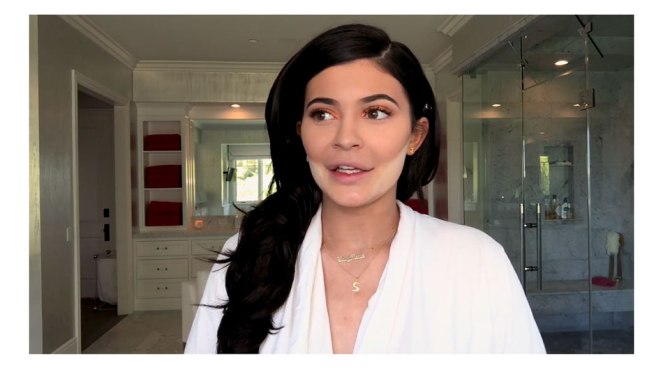 MORE: 15 Warm-Toned Eyeshadow Palettes to Pair with Your Summer Tan

And if you thought Kylie was constantly about the glam, think again. The 20-year-old also revealed she uses black mascara on her top lashes while opting for brown on the bottom because she likes the more “subtle” look.

Aside from makeup news, Jenner also divulged she’s of course going to let baby Stormi eventually wear makeup, but the question still remains as to when. For Jenner, makeup was a part of her growing up; she wore mom, Kris Jenner’s Chanel makeup when she was young and a purple eyeshadow cut crease to her sixth-grade class. It quickly became a way for her have something of her own, actualize her dream, and make her feel more confident.

As much hate as the Kar-Jenner clan gets, we’re happy to see Kylie happy. And we’d be happier to know when that palette is going to drop! Check out the rest of the Vogue video for more tips and tricks from the beauty mogul.