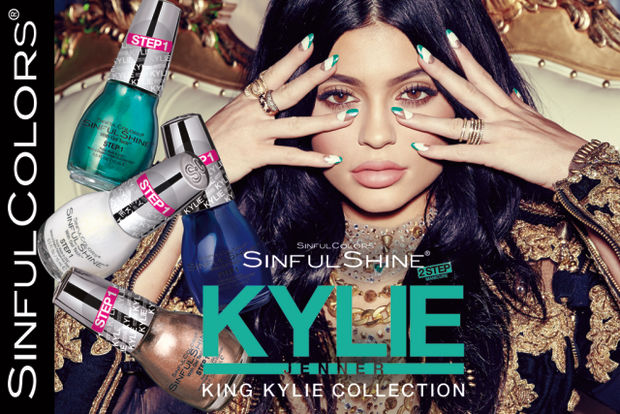 In case it wasn’t clear enough, Kylie Jenner is not messing around with her play for total beauty industry domination. Her perpetually sold-out Lip Kits are probably the most wanted (and hardest to get) product on the market right now, and though she’s been teasing an expansion of her eponymous makeup line for months, her website name’s change from Kylie Lip Kit to Kylie Cosmetics sealed the deal.

Her next move? Nails. Lots and lots of nails. In collaboration with budget-friendly drugstore fave SinfulColors, Kylie is releasing three limited-edition nail color collections—not entirely surprising, considering her statement nails are second only to her, uh, statement lips. The first installment, called King Kylie SinfulColors Shine, will be available in stores later this month, with the two others launching in April and May respectively.

“I love getting my nails done and nails in general,” Jenner told WWD. And of the mass-market distribution, she says, “I wanted to do something innovative and accessible to my young fans.” Fair enough—but given just how quickly Kylie-endorsed products have been known to sell out, we don’t know if accessible would be the word.