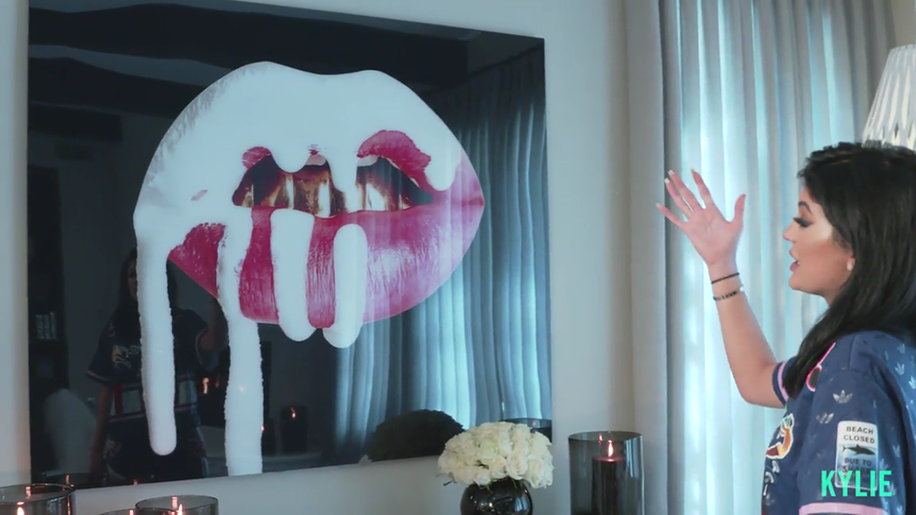 Kylie Jenner‘s app reveals way more about the reality TV–turned–social media star than we’ll ever need to know. But sometimes her total transparency pays off—like when she gives her paying subscribers a special sneak peek at her upcoming makeup collection.

A video tour of Kylie’s living room and kitchen led to the big reveal of the image she’ll be using as packaging for her much-awaited Lip Kit and—in true Kardashian-Jenner form—it’s a photograph of her own overly plump, parted lips, showing off a set of gold teeth.

It’s bold imagery for sure—and very Kylie—but we would be remiss not to at least raise an eyebrow at the implication of the white liquid dripping down the lips. It could very well be a case of minds in the gutter … but surely we aren’t the only ones who noticed.