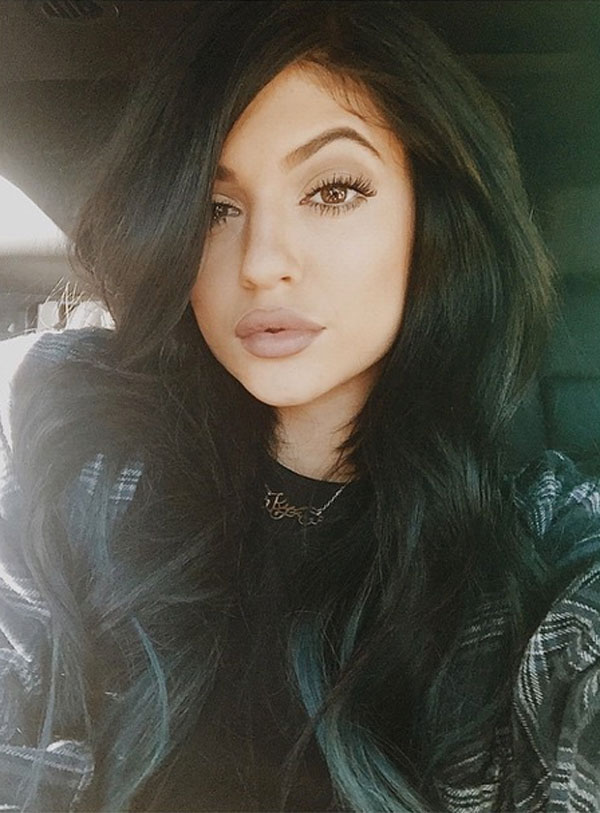 Kylie Jenner‘s hair isn’t getting enough attention. Her lips (and whether or not they’ve been retouched with the help of injections or just a genius approach to lipliner) have capitalized all the talk in the beauty department. But let’s not forget that this young Jenner made a huge move in the world of beauty—even before her big sister Kendall Jenner landed an Estée Lauder campaign. The ever-changing lengths and highlighted colors of Kylie’s brunette locks resulted in a self-named hair extension line (with appropriate alliteration, we might add), Kylie Hair Kouture. One day she is wearing a wispy and edgy bob and the next, her hair length is half-way down her back and full of pastel blue or grey highlights.

Since we know the secret to her multiple looks is her own line, we started getting curious on the concept of creating cool looks with hair extensions in general. How does one make their own hair and extensions blend so flawlessly together to create a natural look? It starts with the cut.

Ask for a Razored Cut and Watch Texture
Kiyah Wright, celebrity hairstylist and Clairol ambassador explains that in order to allow your extensions to blend the best way possible, you should ask your hairstylist to cut your hair with a razor. “A razor will give you more of a slithered cut verses a blunt cut—it really does blend in the extensions,” she says. In addition to your preexisting cut, the texture of the hair extensions play a key part in giving you a realistic look.

MORE: Should You Be Using Bar Shampoo?

Double the Wefts
Many times, clip-in extensions are sold in tracks of hair that are also known as a weft. Kiyah Wright explains that you apply these in rows, which she sometimes doubles, to maximize the fullness and thickness of the hairstyle. Extensions can be used to increase a thickness of hair, in addition to the length. “You would use four tracks, which a track is a row on a weft—this would be pretty sufficient to give you a nice head of hair.” Hair extensions can also be sold in single wefts where you clip in where you want.

Bring Your Hair Extensions Into the Salon for Cut
Your natural hair might need a cut, sure, but to make your extensions look as real as possible, bring them along with you so that your hairstylist can trim them up and blend them into your look. “Blow-dry and straighten it—no curls. Just straighten and then you take your razor and just blend with them already in. Normally, I’ll pick up some of your hair just so that it’ll give me a guide on where I can’t cut,” she explains.

Practice Taking Out Your Extensions to Avoid Damage
While there are many methods of applying extensions (including beading, wefts, braiding, tape, and more), Kiyah says a rule of thumb is to make sure you’re replacing them and taking them out at least every six weeks. Wondering how this plays in when they’re clip-ins like Kylie Jenner’s? “With the clip-in, you can take them out every night, you can take them out ever two days if you want. They’re not going to hurt you. I do a different technique. I do a loose braid so they can latch-in to be secure. Otherwise you tease, spray, and lock in,” she explains.

MORE: How to Grow Out Chemically Treated Hair

To minimize damage, Kiyah says you want to make sure you’re detangling at the roots so your hair doesn’t get matted and then break. If you’re wearing rows of wefts, Kiyah suggests that you refrain from shampooing your hair every day and pulling your hair in tight ponytails. “You’ll cause the extensions to pull away from the root, and they will start to gather if you’re wearing wefts,” she says.