For as long as I can remember, I’ve carried a little pad of fat underneath my chin. It was there when I was a teen, it was there when I was in the best shape of my life at 22, and it’s here now, quite a few years later. What’s more, a recent family dinner showed that I was in fine company: Regardless of age or fitness level, everyone at that long AF table— from a 16 year-old who practices Tai Kwando up to a 76-year old Grandma—sported the same chin chub. Thanks, genetics!

For me, having this silly little feature means super strategic poses for selfies and the unsettling fact that no matter how hard I worked at getting into shape (and trust, a writer’s life can always use more activity), my chin would likely look the same.

The talented and ridiculously beautiful Chloë Grace Moretz knows what I’m talking about. The actress told Elle this summer that at the age of 16 she wanted the same fat pad under her chin gone, too. Moretz’s mom vetoed the idea, leaving the actress to “find a lot of power within my insecurities. They’re what make me who I am now.” Me, on the other hand? I’m not so enlightened. Maybe it’s because I have plenty of other insecurities from which to draw power; I still want my pudgy fat pad to get got. So I visited Dr. Alexander Rivkin, a celebrity cosmetic surgeon based in Los Angeles’s tony Brentwood to see if I could get it taken out—and quickly learned that it doesn’t exactly work that way.

MORE: Can This Radiofrequency Laser Give You Perfect, Smooth Skin?

Much to my delight, no surgery is required to blast the fat on your chin. Like stubborn fat deposits near armpits or on the belly, chin fat can be blasted by way of melting or freezing. These types of treatments typically use a device that sits on top of the skin to deliver fat cell destroying heat or cold and have become commonplace for bigger parts of the body, like the belly, thighs, or upper arms. Though some makers of these technologies now offer devices small enough to tackle submental fat in the chin, Rivkin suggests a different route for me: Kybella, a new way to destroy submental fat cells in the chin via injections—and the only such option approved by the FDA. You may have seen one miss Khloé Kardashian hawking it on Instagram a time or two, as she’s the face of Kybella.

“The skin is a phenomenally evolved barrier that’s made to keep things out. So something that’s an external technology typically has a tougher time making a difference than something that comes through the skin, like Kybella injections do,” Rivkin tells me.

Outside of those who are severely overweight or have loose skin on the chin (instead of or in addition to chin fat), Rivkin says that nearly all patients with chin chub make good candidates for the treatment—including me. The process is touted as requiring low-to-no downtime in recovery and one that’s as easy as getting Botox. As I discovered, that’s mostly right. 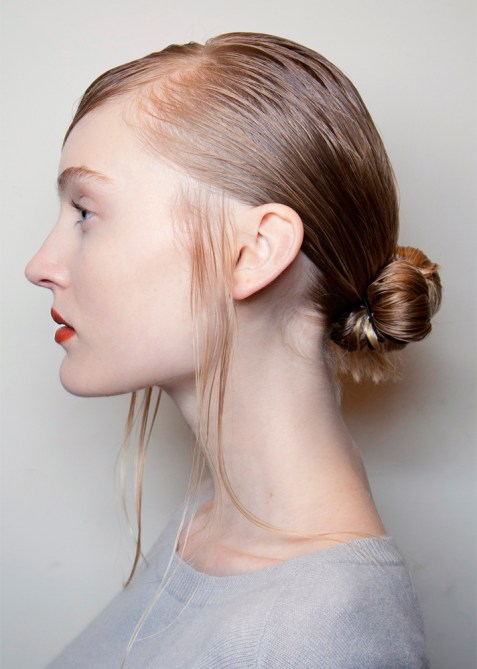 As I saddled up to Rivkin’s treatment chair to receive Kybella injections for the first time, I was shocked to discover how quick and relatively painless it was. After cleaning under my chin and applying a temporary tattoo-like grid to the area, Rivkin got to work administering injections within the grid. Now, getting poked by a needle is never fun, and I could feel stinging as the medication was being delivered. But just like with Botox injections, after 15 minutes, the treatment was done. From there, my body and the medication—deoxycholic acid, something our bodies naturally produce—would do the work, destroying fat cells immediately and eliminating the waste as I urinated over the next month and a half or so. Easy, right?

But here’s what marketing materials and spokespeople like Khloé Kardashian don’t exactly highlight: The injections themselves may be quick, but the treatment plan is a process. A pro-cess. My initial sitting was one of three (most people need two or three sessions) that I would get to reduce my chin fat, each spaced out six weeks apart — in all, that’s a four-and-a-half month treatment time.

Sure, I was clear to drive myself home from the appointments and go about my normal life (gym, work, whatever) immediately after. But like most who get the injections, requisite swelling of my once somewhat noticeable chin pudge expanded into a full bullfrog’s throat immediately. It’s an effect that made my face look as if I’d put on 40 pounds in an hour. Not that anyone said anything to my face in work meetings. But it weighted on my mind—and it hung around for a good week and a half. During this time, I could feel the product in my chin whenever I stretched my neck or leaned my head back. It’s not a painful sensation, mind you, just foreign—almost like a numbness. Rivkin called the swelling “tough for some people to handle.” Ya think?

Though there’s no real tool to measure precise results, I did see the fat pad reduce in size six weeks after my treatment; it was particularly noticeable from front and side views of my face. Another six weeks after the second injection showed a teensy amount of reduction in comparison to my first-round results. After a third treatment, my chin fat looks more noticeably reduced, plus the skin looks more taut. “We’ve seen good effect on improved skin laxity from Kybella, which we weren’t expecting originally,” Rivkin notes. Blasted fat cells plus a secret surprise of tighter skin? Um, yes please.

Unlike other injectables, I won’t have to return for maintenance or yearly touchups. “This is a permanent solution: You kill the fat cells and they don’t come back,” he says. But that doesn’t mean I won’t ever have chin fat again. If I were to gain a lot of weight, Rivkin warns, other fat cells in the chin that weren’t blasted can enlarge and double my chin again. This gives me just one more reason to keep fit. Not only do I want to undo the shrinkage and months of time put into this effort, I wouldn’t want to pony up for another three or more sessions. On average, each rings in at a cool $1500, making this treatment just as pricey as a nose job or an around-the-world plane ticket. But the investment yields remarkably promising returns. Now that the results of my third treatment are starting to show, people are asking me if I’ve lost weight. Of course, I have not—but my chin has and I couldn’t be happier.

MORE: Here’s Why People Are Getting Labia-Puffing Fat Injections