Above all else, we believe that makeup should be accessible and fun, something every woman can enjoy. As much as we love the high end brands that make everything feel downright glamorous, a good percentage of our favorite products come from drugstores or wholesale retailers, where the quality of the product doesn’t decrease with the price.

If you’re unfamiliar with Costco’s “Beauty’s Most Wanted” program, it’s an amazing way for the retailer to connect some of the most coveted names in the beauty world — Pati Dubroff, Orlando Pita, and Jenna Hipp — with consumers who shop for high quality products at an accessible price point. The latest industry insider to join the program is none other than Kristofer Buckle, a celebrity makeup artist who’s been in the business for over 20 years, working with names like Christina Aguilera, Chloe Grace Moretz, and more. We recently had the chance to chat with Buckle about his upcoming line called Kristofer Buckle Cosmetics, how he started doing makeup at 8-years-old, and why he finally decided to create a line of his own. Read on below!

Beauty High: Have you always wanted a makeup line, or is this a new development?
Kristofer Buckle: Ever since I was a teenager I was like, “I need a makeup line!” I grew up as an entertainer. I was a singer, an actor. Then in the ’80s, I was a punk. I was so heavily painted myself, so everywhere I went, the first thing people knew about me was that people knew I could paint a face. The first job I was offered was at the Metropolitan Opera.

I was a makeup obsessed person since I was 8-years-old. I sat and watched my mother get ready.We didn’t grow up with money or great education, but the one thing we have was our looks. We took care of them, and tried to make the most of them. Unfortunately, in this spciety, looks can get you places. So eventually, I was like, “Why don’t you try more dark over here?” I was seeing how things could work and how things couldn’t. My mom was like, “Well, you do it and let me see what you do!” So, at eight years old I was putting makeup on my mother. I’m just a hoarder, too. Back then I’d do anything for acccess to these crazy colors, and I didn’t have money, so I’d go to school and take the pastels from art class and I’d crush them down and use them as eyeshadows. I’d hoard them.

Now, I have a huge education in makeup, and if you’re creating it, it’s got to be something that you’re interacting with as well. I’ve watched so many women do their makeup, at a red light or on the subway. The one thing all women have in common: A very heavy hand. They’re not gentle. Their hand is different than that of a makeup artist. People aren’t understanding that the hand is different, and if you’re giving someone a full, heavily pigmented eyeshadow and the wrong brush, and a woman who isn’t an artist wakes up in the morning and tries to do it, it’s not going to look right. Women wake up every day and have to be burdened with being an artist on top of everything else they have to do. But if I make a good palette, they can get the look they want. With my eyeshadows, they’re pigmented well and they have a great slip to them, so they go on diffused. You don’t have to take away the pigment, but it takes the technique out of it so that it goes on seamlessly. 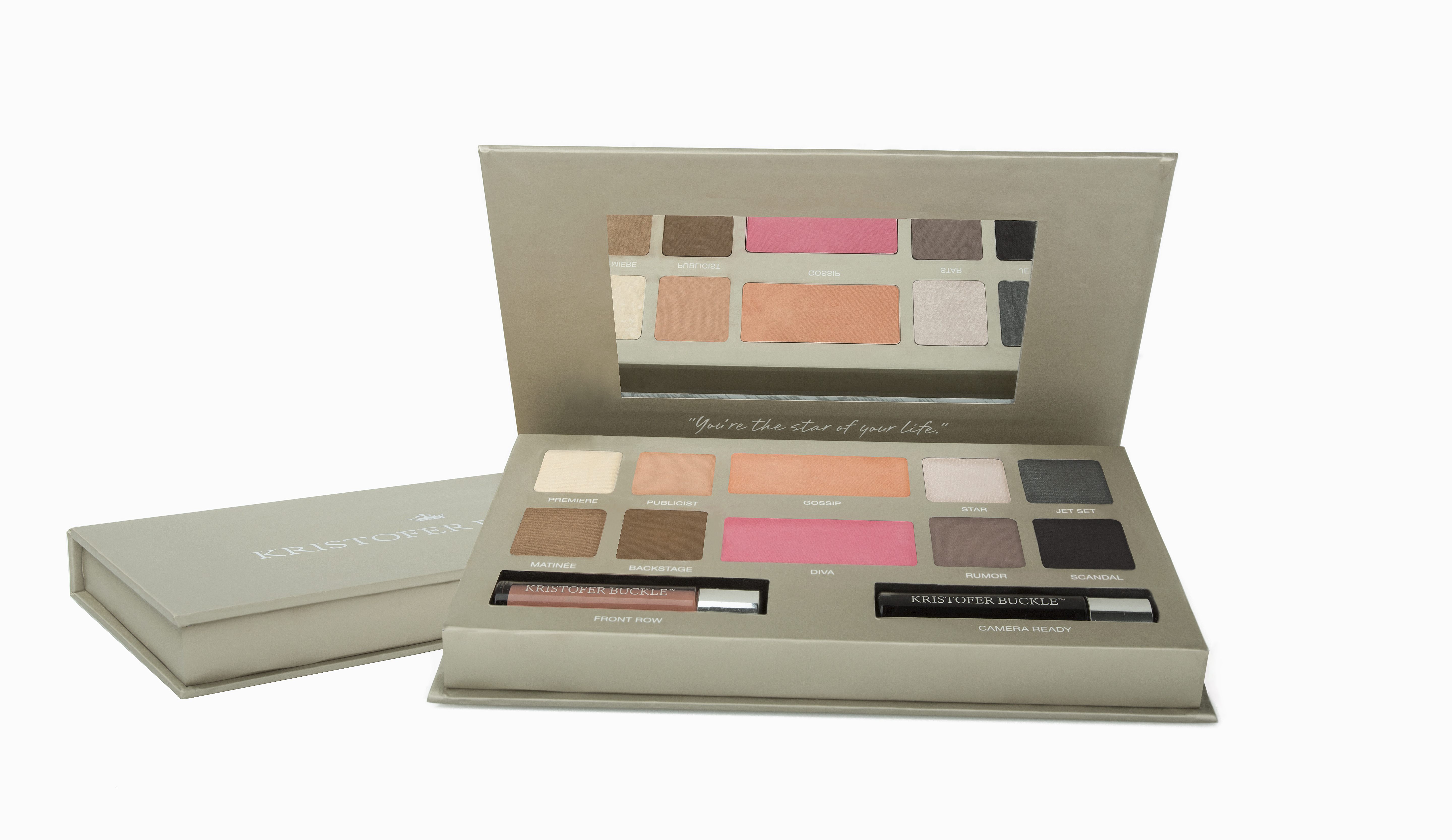 Why a collection now?
Beauty’s Most Wanted reached out and wanted to do this, and I’ve wanted to do a line forever. I’ve had people circle me in conversation, asking about making a line, but it was never the right mix. It was almost too exclusive. I always promised myself that if I was going to do a line, I wanted to start off with a home base. Something my friends and family could have access to. Beauty is something everyone should have access to, and I think it’s not just for people who have money.

I also happen to not have a great time at high end beauty counters. I’m intimidated sometimes, so I imagine that people who aren’t familiar feel uncomfortable, too. My sister went once and came home to me and said, “They told me I need this and this and this,” and I’d just tell her, “You’re being sold. You only need this one product.” So, I teamed up with Costco.

MORE: Everything to Know About Makeup’s Expiration Dates

Once you decided to create the line, what was your thought process?
They gave me a rundown of what products their customers would really need and what they would want. They gave me the SKU points, and then I went into my kit. I approached it by saying, “What’s the smartest way to do this?” So once I go through a palette and it’s empty, I have them all in my storage. I looked through them all and opened them all up, and I realized for the past 20 years, I’ve been using all the same colors — and I work on a very diverse clientele. Dark skinned, Asian, Latinas, pale girls, tan girls, divas, conservatives. I realized that this handful of eyeshadows and cheek and lip colors were what I used all the time. They’ve all been consistent through all the magazines that I’ve done, and the red carpets, and television appearances, and the Golden Globes. I started pulling them out and that’s what I put into the palette I created. I pared it down to the bare bones. There are of course many more options down the road, but I prioritized.

Which products did you start out with?
The first product we put out were the Luminous Tinted Lip Balms. I’d always mix like four products together ahead of time [before a client], then make them into palettes. I’d mix a little cream and some shea butter,and I’d make this lip balm that was not shiny or glossy, and had the right amount of pigment and made a beautiful lip color that wouldn’t be too irregular. I just always saw colors that were too hot or winey, and I created the “Hug Me,” “Kiss Me,” and “Love Me” tinted lip balms that simulate natural lip colors that I’ve come across. 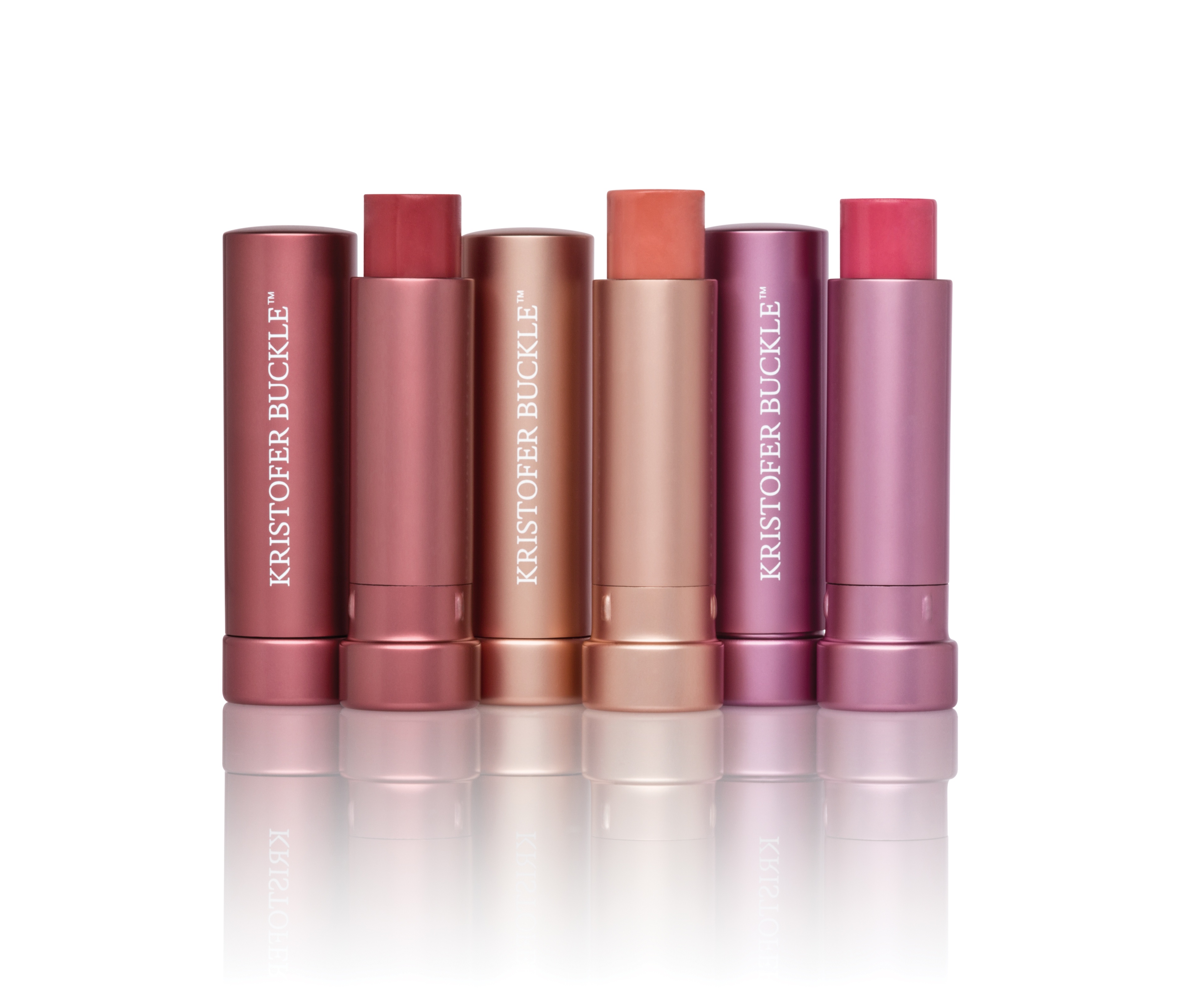 Has there been one really consistent point of view with your line?
I’m approaching the line from the point of view that no matter who I work on, no matter how glamorous we’re getting, every woman within herself wants to look the best she can in a natural way. She wants access to that. That’s what people want every day. If you’re armed with the right products to get that effect, you can build on top of that.

So where’s the line going from here?
We’re building it slowly, and the first thing will be lip balms, then the palette (hitting sheleves this week) and then in the new year it’ll be the nude lip colors, and then from there we’ve got other things coming up. There’s a whole plan and I won’t be satisfied until there’s everything that you need. It’s not just going to be for the sake of it. It has to be perfect.