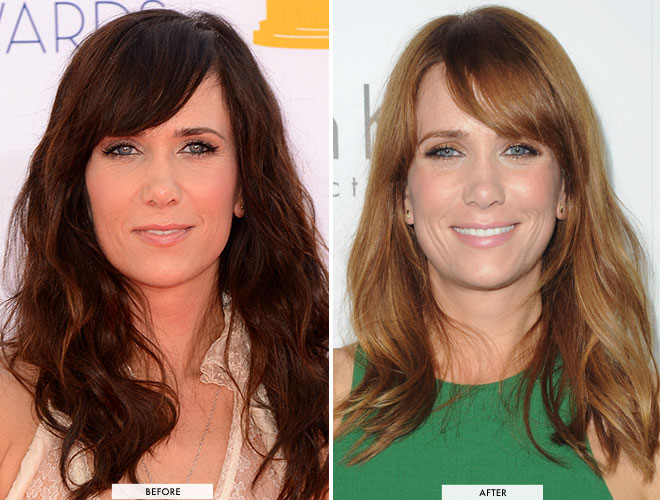 Kristen Wiig is back to blonde! The former SNL star debuted a much lighter hair color last night at Elle‘s 19th Annual Women in Hollywood Celebration in Beverly Hills. 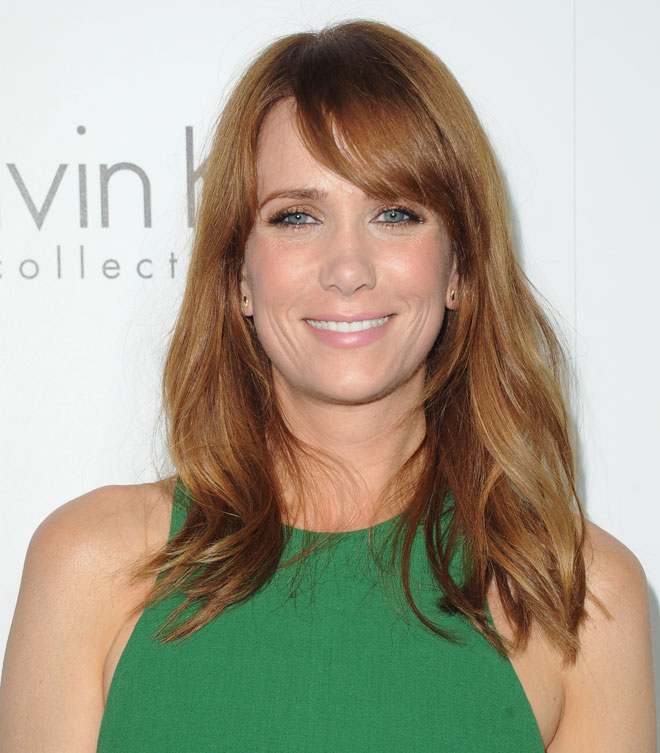 Last time we saw the Bridesmaids actress on the red carpet at the Emmys a few weeks ago, her locks were a deep chocolate brown — a sharp contrast to her new golden maple blonde. Kristen was sporting the darker shade for a movie, The Secret Life of Walter Mitty, which recently wrapped filming. 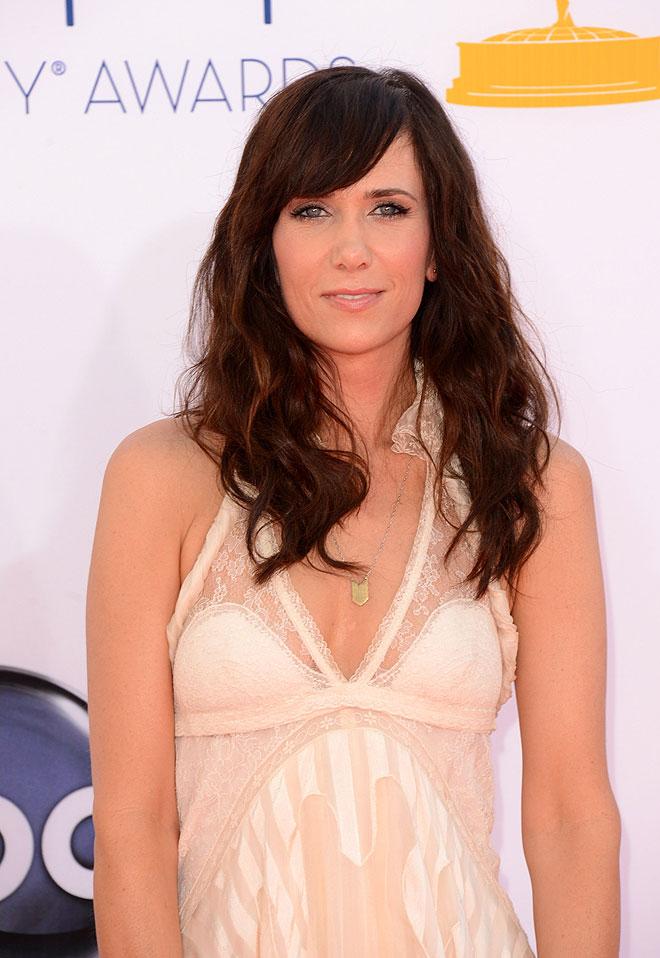 Kristen Wiig at the Emmys on September 23.
Photo: Getty Images

The new hue is the work of colorist Jonathan Gale at Serge Normant at John Frieda Salon in LA, who says it took over four hours to take the actress from dark to light.

We’re definitely fans of the new look — Kristen didn’t seem like herself with her inky film role color. Which do you prefer: before or after?