Kristen Stewart, she of ‘Twilight” fame, is no stranger to a bold beauty move. She’s had pink hair, a tousled lob, and even blonde hair back in 2007, and at a screening of her film “Personal Shopper” in Los Angeles last night, the actress debuted a totally new look: a platinum buzz cut. See the new look for yourself: 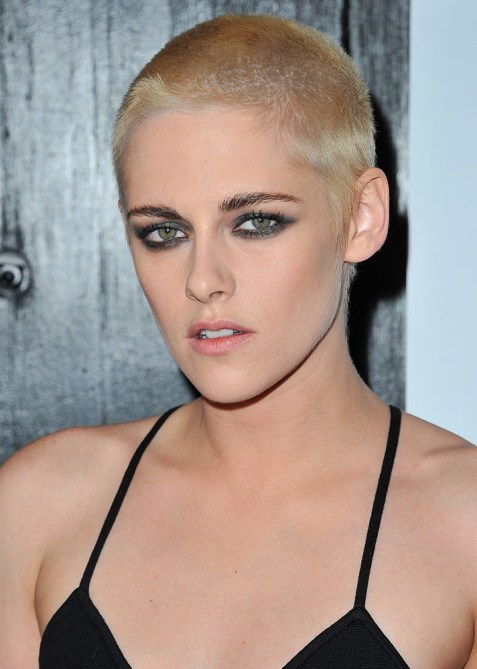 The change in hairstyles for Stewart, who looked smoldering with a metallic green smokey eye, is reportedly for an upcoming role in a disaster thriller called “Underwater.” Hairstylist Bridget Brager, the same stylist that’s responsible for January Jones’s new bangs, is responsible for the new look. Maybe Stewart will grow it out into a Katy Perry-esque cut in a few weeks? Either way, girl looks good.