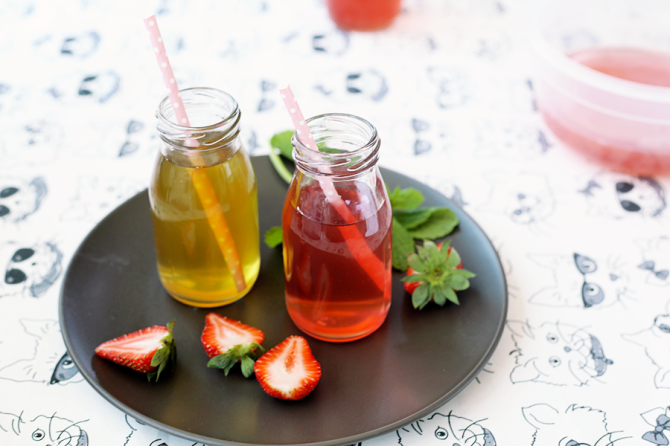 In neighborhoods across the country kombucha is popping up on the menu at health cafes and in coffee shops. And in L.A. and New York, dedicated kombucha bars have even begun pouring the probiotic brew on tap. So, what is this strange new health trend, and what’s all the fuss about?

While the drink has been used in Asia for centuries and has been homebrewed and used holistically on the alternative-health scene for some time, it’s now starting to creep into the mainstream. In fact, Whole Foods Magazine projected that sales of the beverage would reach $500 million this year.

So what exactly is this stuff? The beverage is made by fermenting sweet tea with a culture of yeast and good bacteria—sounds delightful, right? The resulting drink contains vinegar, sugar, some alcohol and plenty of B vitamins. It’s also slightly effervescent, often has remnants of bacteria floating in it, and is both tart and sweet in taste. (Consider yourself warned.)

Fans of the health trend claim the tea supports the immune system, sorts out digestion woes, improves liver function, and can even help prevent cancer and cure arthritis—although there is little scientific evidence to back up the claims. Because of the sugar content, there are about 30 calories per eight ounces, which is much less than most soft drinks.

Like with any holistic health trend, there are haters, too. Not everyone thinks kombucha is a magical elixir, and some people report nasty side-effects like an upset stomach, infections, and allergic reactions. One of the reasons why you won’t see kombucha in every single health food store is due to the natural alcohol that results from fermentation.

If you want to give the trend a try, check out Wholefoods or your local natural food store, or order a kit to brew your own at home.

MORE: Tabata: This Four-Minute Fitness Trend Might Be the Fastest Way to Lose Weight