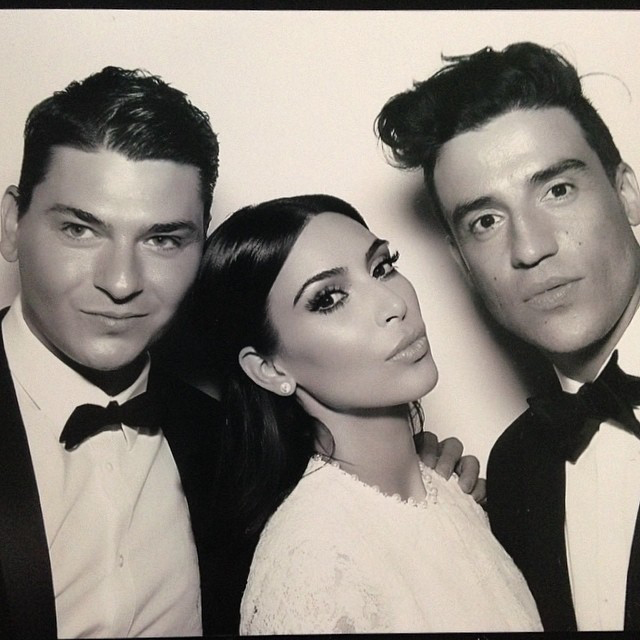 We’ve never thought of Kim Kardashian as much a rebel, but when it came to her wedding makeup, the reality star and newlywed broke the first cardinal rule: She didn’t do a test run before the big day.

Kim’s makeup artist, Mario Dedivanovic, spilled the deets on exactly how he got down to work on his client over the weekend, and he said of the experience, “Kim just let me do my thing. I kind of created it on the spot.” Who knew that the well-heeled bride would have such a laissez-faire attitude toward such an important part of her nuptials?

Nevertheless, Dedivanovic warns against this approach in general, advising, “I think it’s important to do a trial. I didn’t do a trial with Kim, because we have worked together so long.” And it’s true: “Kim was very happy with her makeup,” he said. “I went for radiant, dewy skin … [I] used very warm tones on the eyes, and a liquid eyeliner on top of the lids.” He also “enhanced her lashes”—which, as always, “was a big part of her look.”

Dedivanovic used two lip colors on Kim, a creamy peachy pink for the ceremony and a classic nude for the reception. He said of the look overall, “I didn’t want to make too much of a statement with her makeup. … I wanted to go with something clean and classic—and I wanted her to look almost angelic.” We’d say he succeeded, though that gorgeous Givenchy dress certainly did its part in making Kim look flawless on her big day.