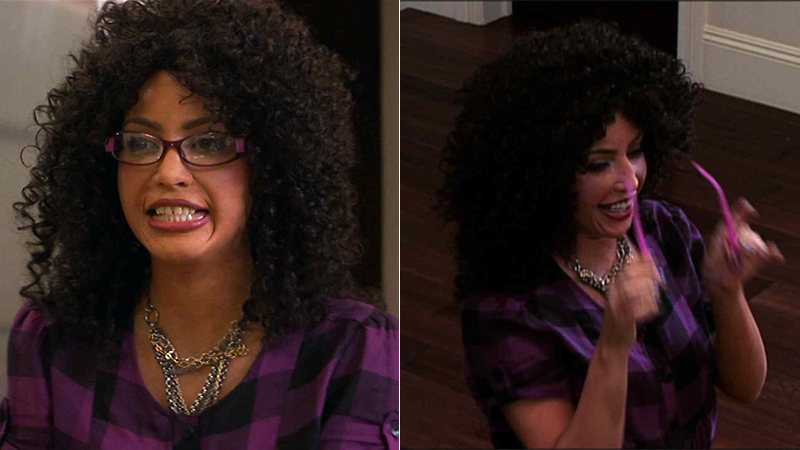 For last night’s premiere of the network’s “Celebrities Undercover”, Kim didn’t just go undercover—she received the total ugly duckling treatment. Armed with a frizzy wig, false teeth, and an unflattering pair of glasses, Kim mingled with unsuspecting fans (and her equally clueless sister Kourtney) who would never have guessed that they were in the company of their celebrity idol. Hey, once you see the results, it’s hard to blame them for not being able to identify the familiar star.