Leave it to Kim Kardashian to keep us guessing: We’re barely a quarter of the way through 2017 and already Kim has debuted hair down to her butt, a blunt, chest-length style, and a platinum look that *may* have been a wig.  Just when we thought she’d taken a break from the scissors—it’s been a mere week after her last chop—Kim surprised us yet again with a new haircut, this time in the form of a shoulder-length lob. 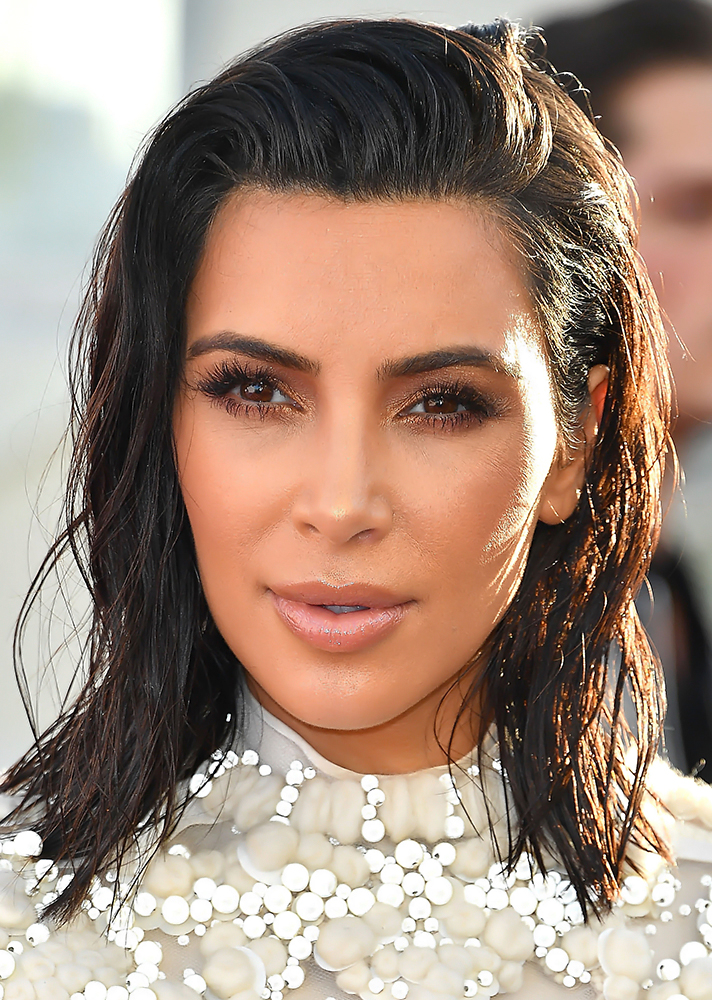 At Sunday night’s Fashion Los Angeles Awards, the reality TV star debuted her new haircut, which she wore in slicked-back, wet waves. Hairstylist Chris Appleton, who also works with Katy Perry and Ariana Grande—and was the one who cut Kim’s hair into her chest-length lob last week—is responsible for Kim’s sleek style.

She’s not the only one to get this no-fuss short hairstyle this year, either. Lucy Hale, Chrissy Teigen, and Olivia Wilde also chopped their hair into messy bob-slash-lob hybrids, which we already deemed the coolest haircut of 2017. This new short cut seems much more practical than those crazy-long extensions Kim had—although, when has Kim ever done anything because it’s practical? (Ha!) Regardless of her reasons for this new cut, we can’t imagine she’ll have it for very long before she surprises us with something else.