Today marks the release of Kim Kardashian-West‘s three limited-edition fragrances at kkwfragrance.com: Crystal Gardenia, Crystal Gardenia Citrus, and Crystal Gardenia Oud. The monikers make no secret of what they actually smell like, but the minimalist packaging is a little more cryptic.

Although we’re typically unmoved by the stories (or lack thereof) behind celebrity fragrances, we’re admittedly intrigued by the inspiration for Kardashian’s bottle design. 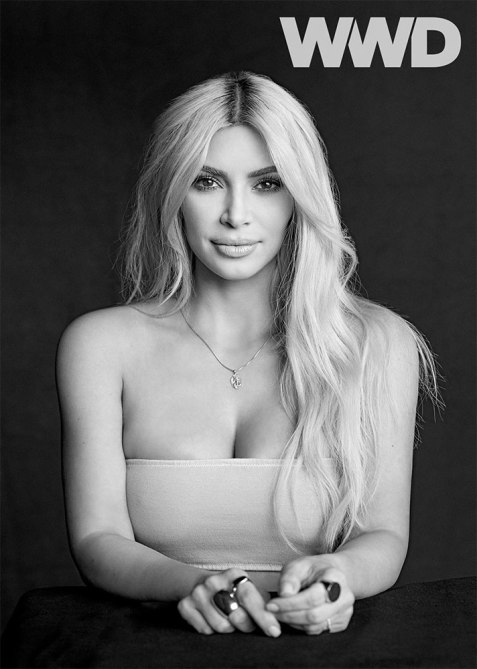 In an exclusive interview with Women’s Wear Daily, the media juggernaut described the “calming and healing” theme of the scents, and how the aftermath of her Paris robbery influenced the crystal-themed design.

“Honestly, after my Paris situation [when she was held at gunpoint and robbed], a lot of my friends would come over and bring me healing crystals, and I obviously knew what they were — it’s very L.A. and it’s very popular right now — but for me it meant something so different,” she said.

MORE: A Definitive Guide to the Kardashian-Jenners’ Inner Circle

“I was sitting there and I’d get these collections of them and I started to really dig deeper into what they meant and the meanings behind them and started to go to these crystal warehouses in Culver City and downtown [L.A.].” Oh, we can only imagine what a Kardashian krystal (see what we did there?) collection looks like.

It’s also worth mentioning that the 37-year-old has overseen every step of the ideation process, thus cutting out the middle man and bringing a small batch directly to her fans.

“It’s the first time that a fragrance is really being sold with the model that I’m doing it at. It’s really just using online sales and doing it all digitally,” she said.

The quartz bottles are available in two sizes, 30 ml. and 75 ml., and priced at $35 and $60, respectively. The prices are surprisingly modest, but of course, there’s a catch: only 300,000 are available at the KKW Fragrance website or at the Violet Grey store in Los Angeles, CA.

“Fragrance is harder [to sell], but makeup is difficult, too, because you don’t really test the product. I hope we’re doing a good job of describing what it will smell like, that’s always a little bit tricky.”