Well, it was fun while it lasted: after less than a month, Kim Kardashian has ditched her platinum locks and gone back to her natural brunette. 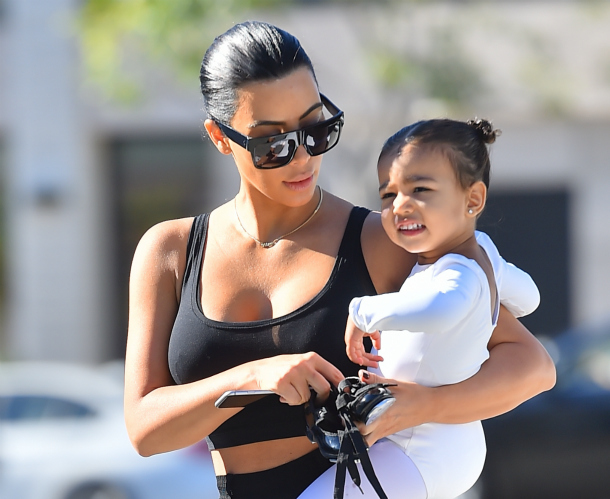 We probably should have known this was coming. A few days ago, she posted a dark-haired selfie with Ellen von Unwerth to her instagram…but no, we thought. It’s probably a black wig. Why would anyone go through the drama of going platinum only to dye it back three weeks later?

On set a few days ago with the amazing @ellenvonunwerth Can't wait for you to see the projects we've been working on!

Why, indeed. Rumors are circulating that she went blonde specifically for an upcoming fashion campaign, but nothing has been confirmed yet. Kim also told E! News that she was considering going back to her natural color before her upcoming trip to Armenia.

“I don’t know, I kind of feel like when I go to Armenia I should have dark hair,” she told chief news correspondent Ken Baker on Wednesday.

Maybe she’s tricking the paparazzi with a dark wig. Maybe her platinum hair was a wig; we may never know. One things’s for sure: whether worn very dark or very light, Kim’s hair is amazing—and she definitely knows how to keep us talking about it.

More from Daily Makeover: How To Combat Brassiness.