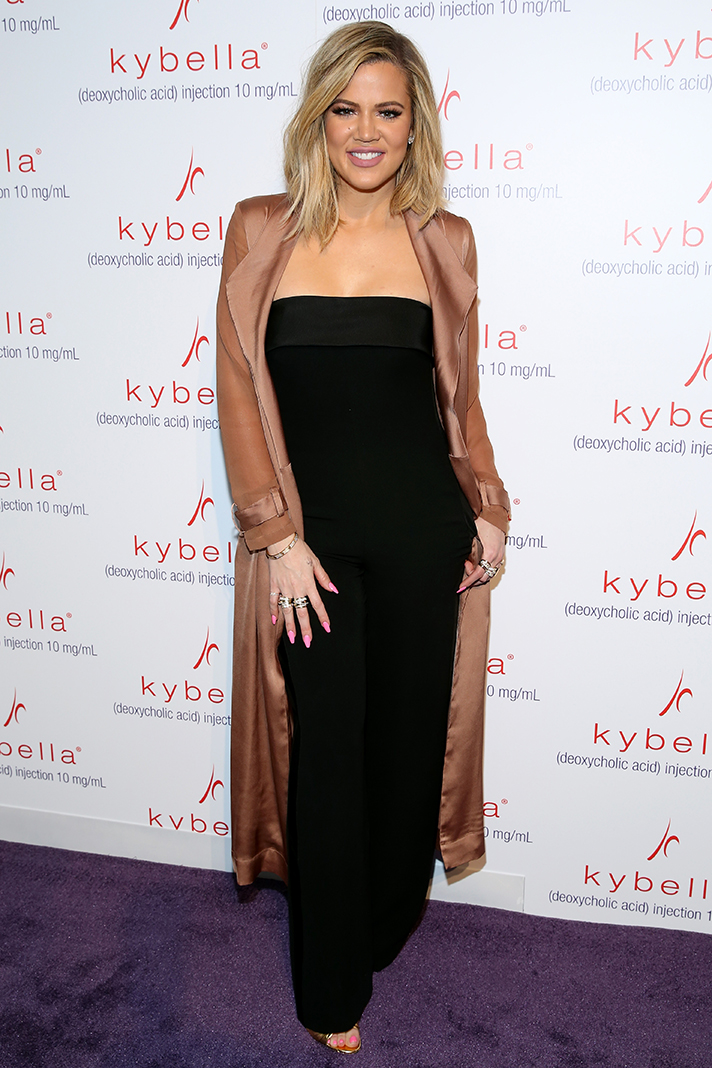 Plastic surgery is the elephant in every room in every home inhabited by a Kardashian. The fact that Kylie Jenner finally admitted that she’d gotten lip fillers was a first for the picture-perfect fam—each member has at one time or another been rumored to have undergone a tweak or twelve.

But Khloé Kardashian has always been regarded as “the honest one,” the one who tells it like it is, so it kind of makes sense that she’d follow in Kylie’s footsteps by revealing her own subtle enhancements, but acting as an actual flesh-and-blood endorsement for an injectable procedure? Now that’s next level.

Lo, Khloé just announced her partnership with Kybella, a non-surgical injectable that addresses the very common “double chin” issue. Kybella is FDA-approved and consists entirely of deoxycholic acid, a fat-eating molecule that occurs naturally within the body. (But apparently not enough.) It takes 10-20 minutes, allegedly doesn’t hurt, and keeps the fat cells from reoccurring for good.

Khloé will be the official face of the brand’s cleverly-named new Chin Up campaign. And speaking of clever names, Kybella does seem to fit almost suspiciously well with the reality star’s frequently ‘K’-themed branding. Kocktails with Khloé, the face of Kybella…