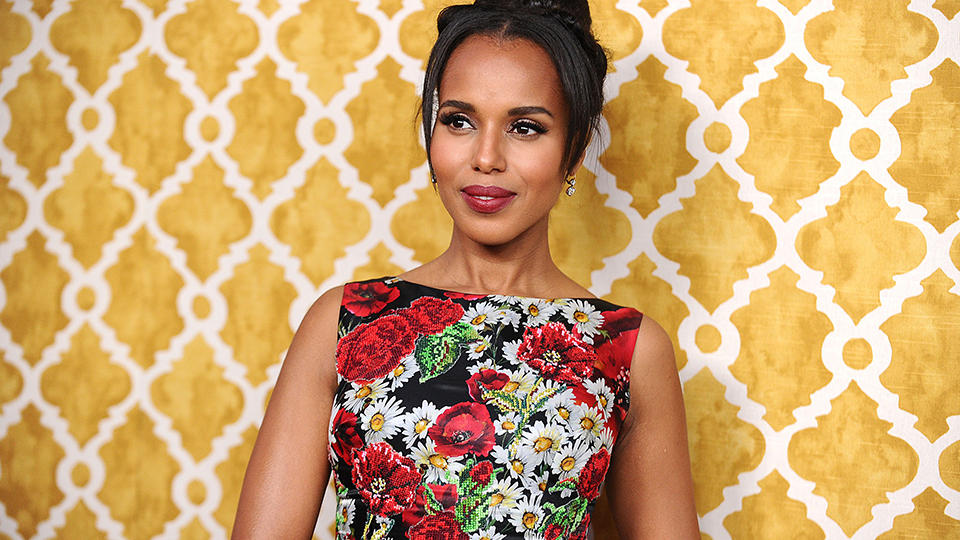 If you’re a model, actress, musician, or any other type of person who regularly appears in magazines, you’re gonna get photoshopped. It is inevitable—but just because the photo-editing practice is so widespread doesn’t mean it’s any less disturbing, particularly when you’re the one being edited. And so Kerry Washington took to Instagram yesterday to address her latest cover for Adweek, of all publications, which tweaked her likeness beyond recognition.

“Look, I’m no stranger to Photoshopping. It happens a lot,” Kerry wrote. “In a way, we have become a society of picture adjusters, [and] who doesn’t love a filter?! I don’t always take these adjustments to task … yesterday, however, I just felt weary. It felt strange to look at a picture of myself that is so different from what I look like when I look in the mirror. It’s an unfortunate feeling.”

So…You know me. I’m not one to be quiet about a magazine cover. I always celebrate it when a respected publication invites me to grace their pages. It’s an honor. And a privilege. And ADWEEK is no exception. I love ADWEEK. It’s a publication I appreciate. And learn from. I’ve long followed them on Twitter. And when they invited me to do a cover, I was excited and thrilled. And the truth is, I’m still excited. I’m proud of the article. And I like some of the inside images a great deal. But, I have to be honest…I was taken aback by the cover. Look, I’m no stranger to Photoshopping. It happens a lot. In a way, we have become a society of picture adjusters – who doesn’t love a filter?!? And I don’t always take these adjustments to task but I have had the opportunity to address the impact of my altered image in the past and I think it’s a valuable conversation. Yesterday, however, I just felt weary. It felt strange to look at a picture of myself that is so different from what I look like when I look in the mirror. It’s an unfortunate feeling. That being said. You all have been very kind and supportive. Also, as I’ve said, I’m very proud of the article. There are a few things we discussed in the interview that were left out. Things that are important to me (like: the importance of strong professional support and my awesome professional team) and I’ve been thinking about how to discuss those things with anyone who is interested, in an alternate forum. But until then…Grab this week’s ADWEEK. Read it. I hope you enjoy it. And thank you for being patient with me while I figured out how to post this in a way that felt both celebratory and honest. XOXOXOX

This isn’t the first time the “Scandal” star has put a magazine in the not-so-flattering spotlight for “adjusting” her appearance—she had a similar incident with InStyle last year wherein Twitter fans accused them of dramatically lightening her skin tone, which concluded with the mag releasing an apologetic statement and Kerry magnanimously replying, “Thank u 4 opening this convo.”

Fact: Kerry is objectively a very beautiful, very symmetrical person, so if photo editors think she needs to be ‘shopped into oblivion, then there’s no hope for the rest of us. With that said, it can’t be easy being a woman in the public eye, starring in a wildly successful hit TV show, who also happens to be black—but with her graceful handling of unfortunate situations and honest, frank approach to these conversations, Kerry seems up to the really, really shitty task.