“I remember last year I was at a award show and I was very excited about it. I had never been before,” Jenner said in an ad for Proactiv. “I remember getting ready that day, getting my makeup on—when I got on the carpet, I felt really good about myself. I loved my dress, and my hair, and my makeup was so beautiful. Then I remember going online and seeing all the horrible things people were saying about me and my skin.”

The Keeping Up with the Kardashians star went on to explain that she felt so good in her dress that she forgot her acne. And though there were many negative comments, there were many supporters too, who praised Jenner for embracing her acne on the red carpet. “I was like, ‘Oh wait, this is actually kind of cool,'” she said. “It completely flipped my energy on it.”

Still, Jenner wanted to find a solution for her acne, which led her to Proactiv, a skin-care brand that she calls “magic.” Jenner’s mom, Kris Jenner, teased the news of a big announcement on Saturday, telling fans that the model would share her most “raw story” yet. When the news was finally announced, fans slammed Jenner for the build-up.

The Golden Globe awards on Sunday night were about female empowerment and putting an end to sexism and sexual harassment in Hollywood. Yet, some on the internet chose to ignore the night’s powerful message and focus their attention on something else: Kendall Jenner‘s acne.

After photos from the event hit the internet, the 22-year-old model was viciously shamed for walking a red carpet with acne on her face. Several trolls reposted Jenner’s red carpet photos and mocked her for a few visible blemishes on her cheeks and chin. 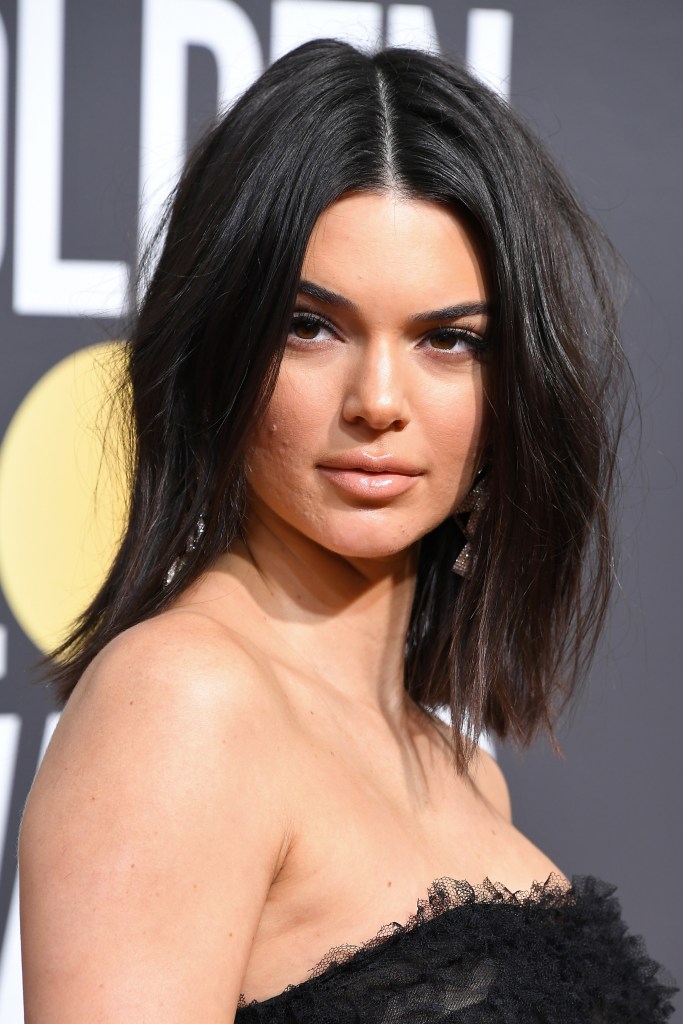 Fortunately, not everyone on the internet had half a brain. Several users—even if they weren’t fans of Jenner or her family—came to her defense and praised her for showing that everyone, no matter how rich or famous, has experienced acne and skin problems.

One tweet, which applauded Jenner for flaunting her acne on a red carpet, caught the attention of the “Keeping up with the Kardashians,” who retweeted it and shut down anyone who dare criticize her pimples. “never let that shit stop you!” Jenner tweeted.

Jenner has been open about her skin struggles for years. In a 2015 post on her now-defunct website, Jenner revealed that she started breaking out when she was 13. The experience led to deep-rooted self-esteem issues that affected the way Jenner dated and made friends.

“Where it really impacted me was how self-conscious I became about it. It completely ruined my self-esteem. I wouldn’t even look at people when I talked to them,” she wrote. “I felt like such an outcast; when I spoke, it was with my hand covering my face. Sure, I had crushes in high school, but I wouldn’t even think about looking at guys.”

Over time, Jenner regained her confidence and grew to embrace her acne.“Even after things started to clear up, it took a solid amount of time to be okay with my skin and gain back my confidence,” she wrote.

Her newfound opinion of her skin likely gave her the confidence to walk the red carpet at an awards show like the Golden Globes without a care in the world on who saw her pimples. We’re so here for Jenner showing people that acne is 100-percent normal. What we’re not here for are trolls who shame people for it.