I Will Survive. I’m Every Woman. Girl on Fire. To say that black women excel at writing empowerment anthems would be a huge understatement. Almost all of them transcend time and if you were at least 10-years-old at the turn of the New Millennium, you’ve got a Destiny’s Child CD (remember those?) and know all of the words to “Survivor” and “Independent Women.” As part of the groundbreaking girl group, Kelly Rowland played a huge role in taking those iconic lyrics from a notepad to the studio, so her newest musical feat–a power anthem (“Crown”) that encourages girls to feel confident in their texture– should come as no surprise.

“I remember when my mom used to say your hair is your crowing glory, baby,” Rowland told StyleCaster while dishing on her Dove partnership. “I thought about ‘I am Not My Hair’ by India Arie. And it came out, ‘my hair, my crown, my hair, my…’ and it was just a little bop.” A bop indeed. It’s so catchy, that even when you’re not consciously thinking about it, it’s still singing in your subconscious. And that’s kind-of what Rowland was going for.

Think of it as a positive reconditioning for every woman who has had a hair injustice in some sort of way, including the girls Rowland got to work with while shooting the music video. (Fun fact: it was directed by Hannah Lux Davis, the same woman behind Ariana Grande’s epic “Thank You, Next.”) 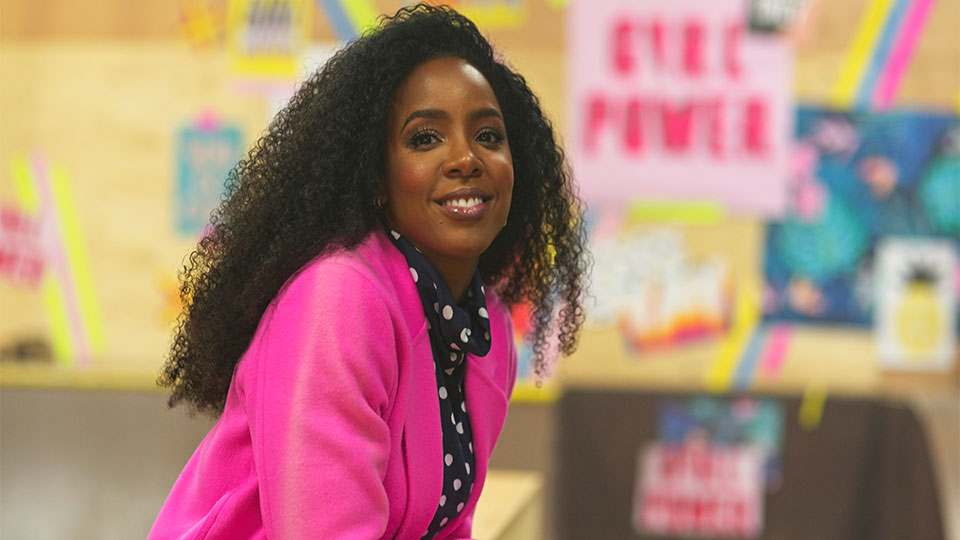 “Being on set with these young girls and them telling me all these different things that they’ve heard,” she said, “It’s just like ugh, they’re going through so much already.” That’s not to say Rowland herself hasn’t been through the same thing. Long before she became a mother and an emblem of beauty for brown-skinned women who weren’t comfortable in their own shade, she also experienced the micro-aggressions that often accompany black girls who attend majority-white schools.

“Oh, everybody went swimming and birthday parties. ‘Mom can I go?’ Nope. I think that by accident parents, mothers specifically, will probably start to sprinkle a little bit of the insecurity or plant some of that seed,” she said. “We have to be so careful, you know what I mean? Because it’s a fresh little head of hair and they just want to be kids. You probably don’t want the headache to comb it and straighten it and this or that. Just explain to them, ‘all right babe, you can go swimming, but just know that if you go swimming, then we have to leave a little bit early. Give them the option and then they know our hair just takes a little bit more time.”

You couldn’t tell me anything when I had my short haircut in Destiny’s Child.

In short: don’t make it a thing and remember that it’s actually okay to not fit in, another mantra Rowland has practically embodied since her DC days when she was the only group member with a short ‘do. “You couldn’t tell me anything when I had my short haircut in Destiny’s Child. I thought it was just the flyest thing because I was the only one with the short hair in the group and it made me feel like I was my own person,” Rowland explained.

“It was a good feeling when other people said ‘I love your hair’ and ‘I’ve been trying to do my hair like yours.’ It was just a self expression and having fun.” In fact, Rowland told us that she plans to big chop again once she turns 50 (“it’s all gone.”). As for what a pixie in 2019 would look like, she says it would definitely be natural (aka not chemically processed). But for now, she’s having fun with her go-to stylist, Michelle Richardson, who kicked off the year by literally presenting the singer with an entire booklet of looks to try. Um, color us jealous.

“As I’m turning each page, I’m so excited. So from colors to cuts and textures and braids and length, it’s gonna be fun.” That’s also not to say every look we’ll see on Instagram will be professionally styled. Rowland is also like the rest of us, running back YouTube tutorials over and over to master her off-duty moments–something she wish existed when she was first learning to embrace her natural texture.

Conditioners. I feel like they get my hair exactly where I need and want it to be. It’s easier to manage and easier to comb out.

“I looked at a YouTube tutorial to tie a turban. I went and I probably watched it 15 times. I actually did it, but that’s not easy,” she said. “Can somebody do a 360 YouTube so that you’re able to see it one time straight, the next time another angle, the next time another angle because that’s sometimes what it is.” (Someone should trademark that ASAP.) Replay frustration aside, there’s no denying the positive influence of spaces like this and how they can actually help women and girls feel more comfortable with themselves. 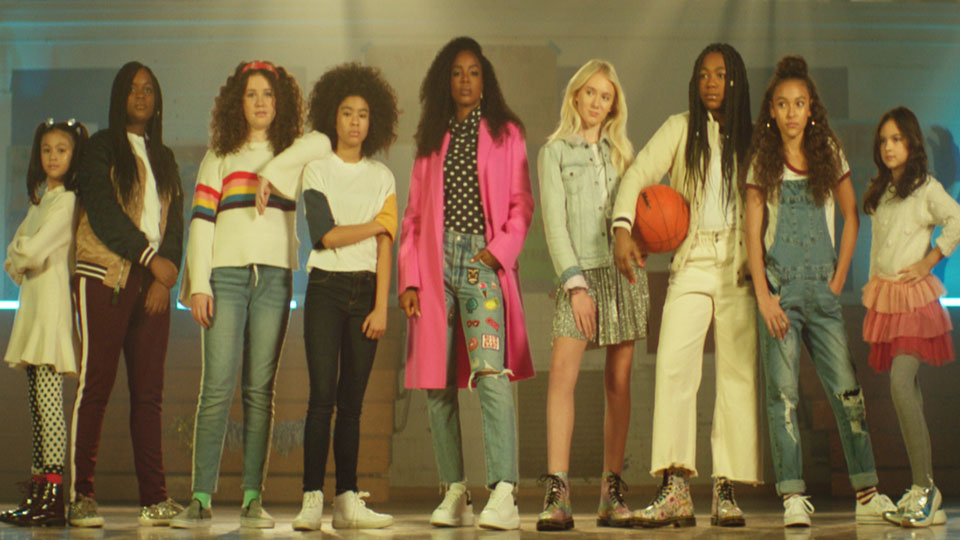 Rowland agrees, adding, “There’s so much information on there from different products that they use and the technique in which they do it. Everything is so detailed especially when you get somebody who really cares and they really care about natural hair. They really care about the style that they, you know what I mean? I love them.”

As for her own routine–which we would happily watch a tutorial for–the singer definitely uses a “less is more” approach, trying not to straighten her hair as much and depending on natural oils to keep it healthy as she experiments with different styles.

“Conditioners. I feel like they get my hair exactly where I need and want it to be. It’s easier to manage and easier to comb out. I can just braid it up, put it up, don’t worry about it,” she says. “But it’s also coconut oil, castor oil and jojoba oil. I use the straight oils. The castor oil that we have is super thick and it feels almost like it could be edge control, but it’s not. I mix them all together and that’s my deep conditioner.”

Songwriter and low-key hair guru? What can’t this woman do?!