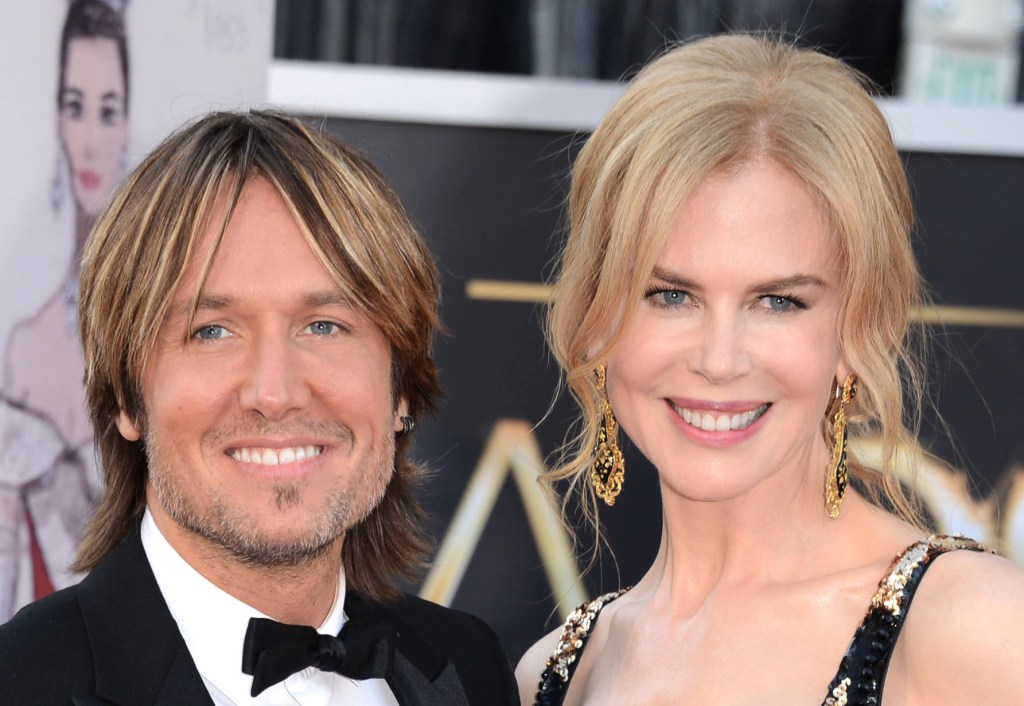 On Saturday night, I had a mini epiphany, and it involved Keith Urban’s hair. It was during the SAG Awards, and my colleagues were having a collective instant-messager laugh about his mass of stick-straight, precisely placed blonde streaks (“OMG Keith Urban’s hair … tha fuuuuuck??” one wrote.) Making cracks about Urban’s hair is all fun and games, sure, until you realize the dude has the exact color you’ve been chasing most of your adult life.

I’m a brunette who started coloring her hair in eighth grade—a semipermanent potion that imparted a quintessentially late-’90s auburn tint that I applied in my friend Elisabetta’s Upper East Side bathroom—and since have experimented with almost every shade in the book, at least those that could conceivably be God-given: Black, Debra Messing-red, mousy brown, light brown, espresso brown, and DIY ombré among them.

Eventually, I realized that the best and most flattering color for my skin tone is cool medium brown with a few blonde highlights. Easy, right? You’d think, but it’s taken me years to pin down a colorist who understands the exact science of working with brown and blonde without depositing any warm tones whatsoever (shout out to Julie at Pembley!)

Still, my hair does tend to pull red after my color’s faded, and my highlights do tend to get brassy with time but somehow it appears Keith Urban doesn’t have this problem. For real: His blonde always manages to read as beige and buttery, rather than the color of a Sex on the Beach before the ice melts, and his base color is the true brown I’m always after—no auburn, no gold, no orange.

Is his middle-parted shag a poor-man’s version of the magic that Sally Hershberger worked on Meg Ryan in the ’90s? You bet. Is it silly for a 48-year-old man to be a slave to keeping up his peroxide steaks? No comment. But looking at it for what it is, Keith’s hair is pretty damn good. In fact, I’d go so far as to bring photos of the country singer next time I need a single-process with highlights. 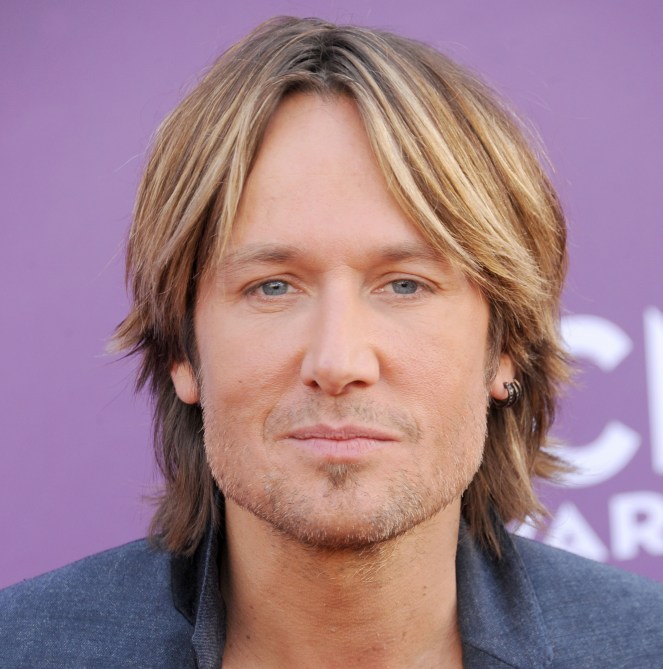 Slaying the dark-on-bottom-super-light-on-top thing I’ve spent a good portion of my adult life striving for. 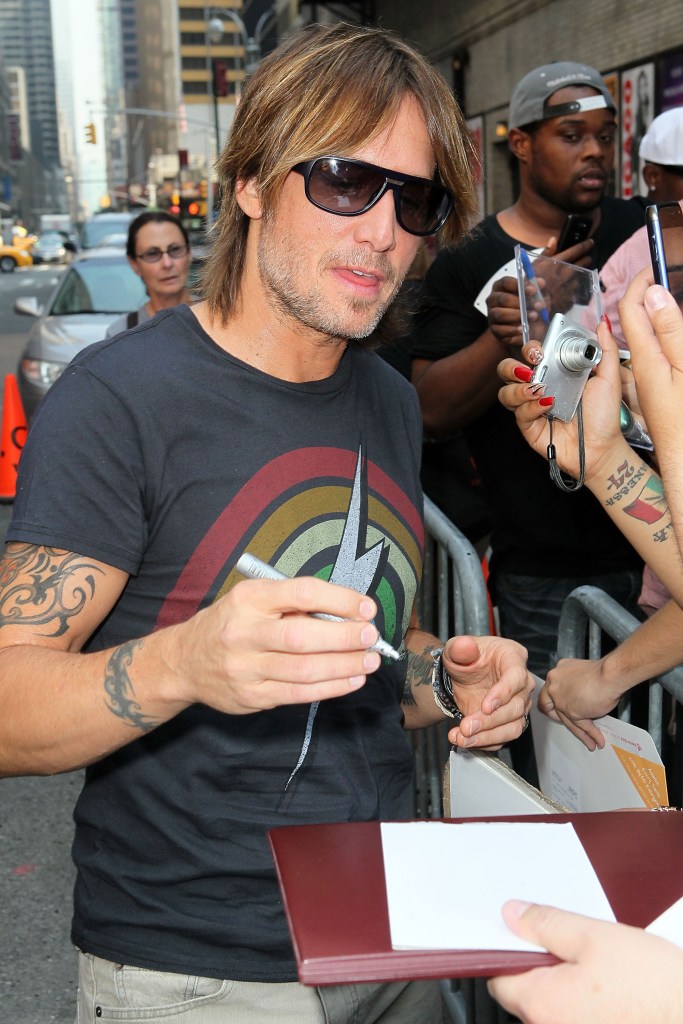 Ugh, you know it’s a good blonde when it looks this beige in daylight. 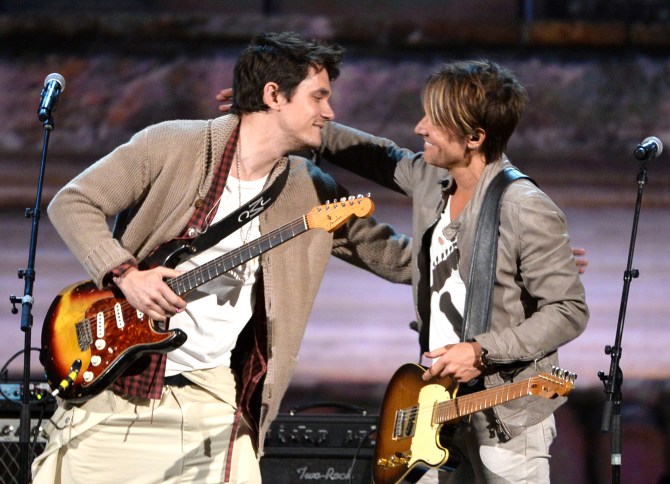 If Kate Gosselin got lowlights. In a good way! 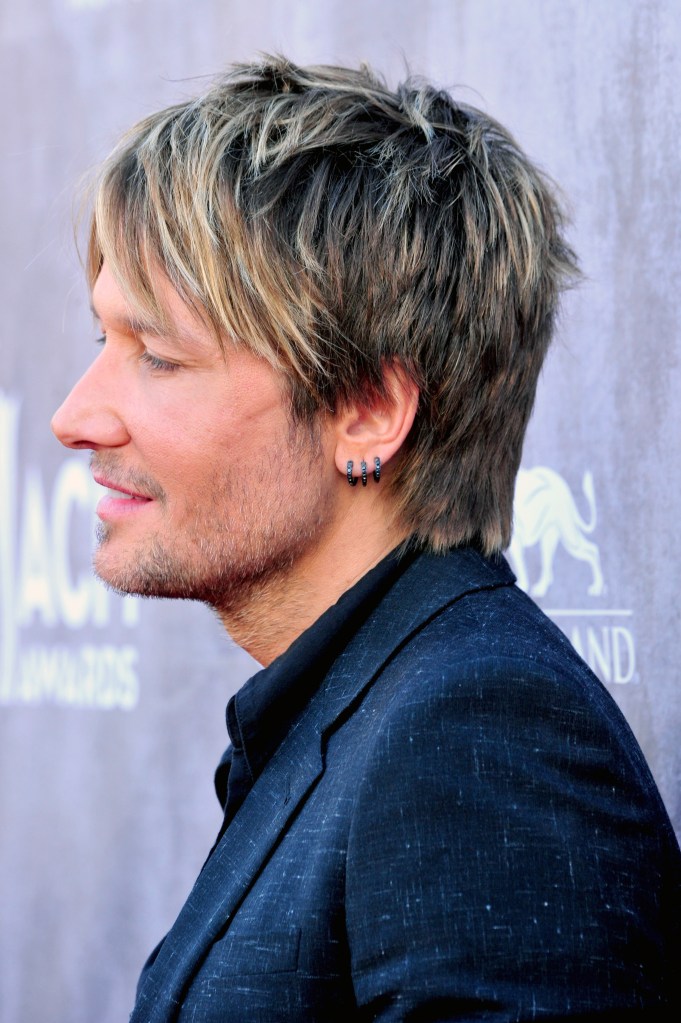 Party in the front, a little ombré in the back. Into it! 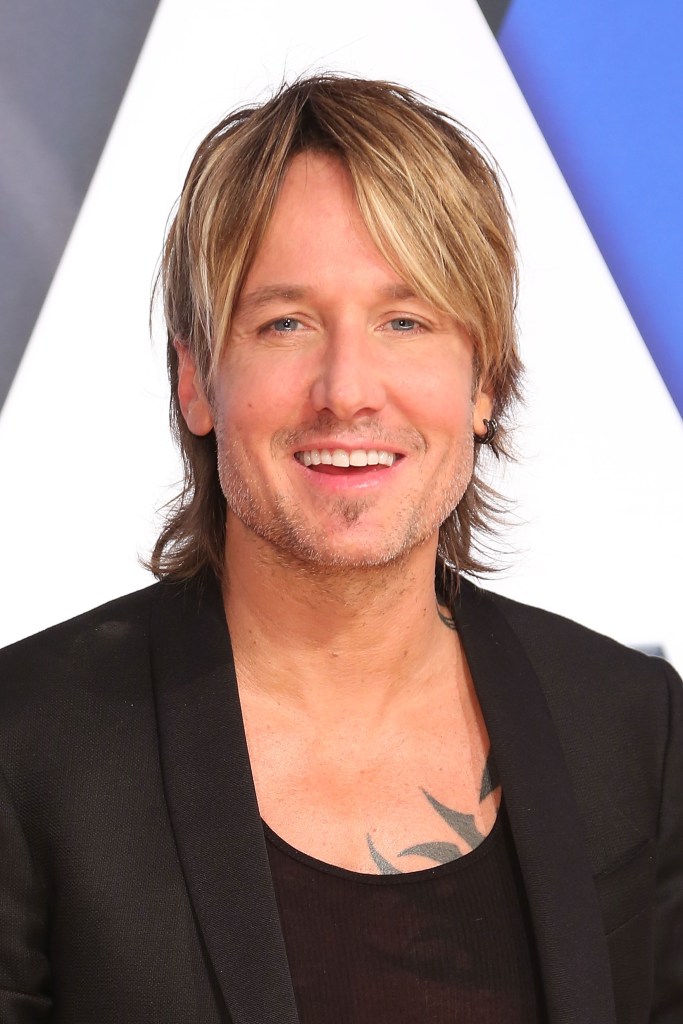 Behold the luminescent power of a few face-framing highlights. 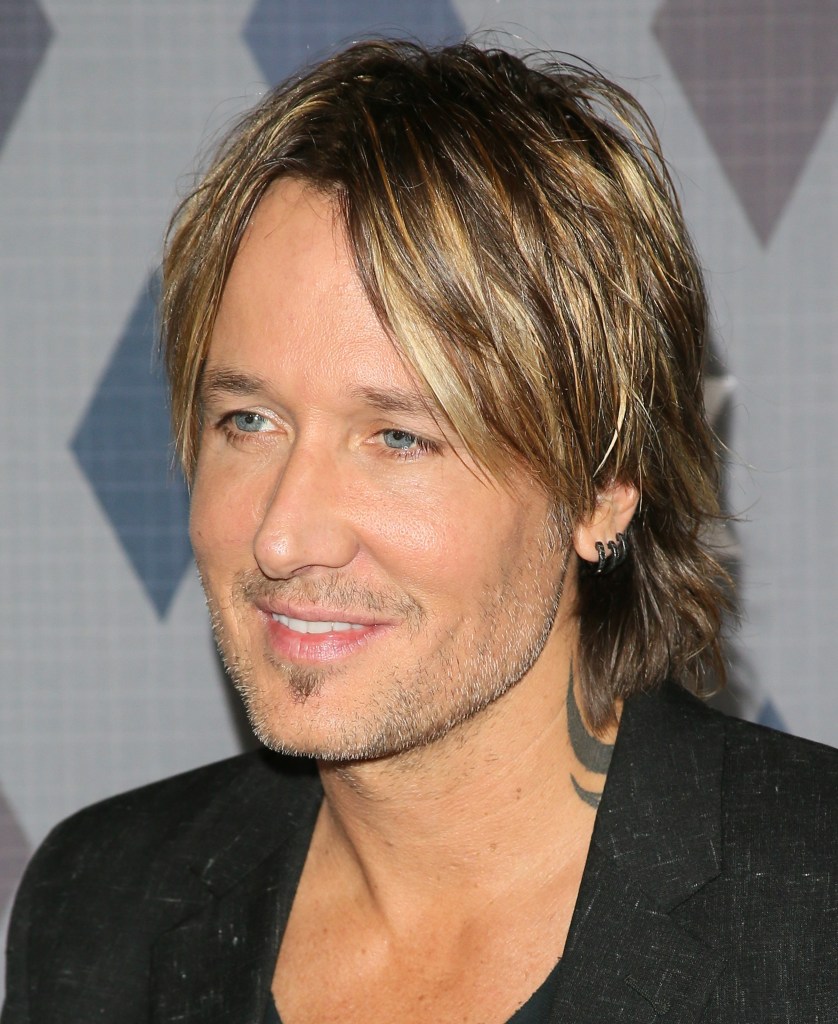 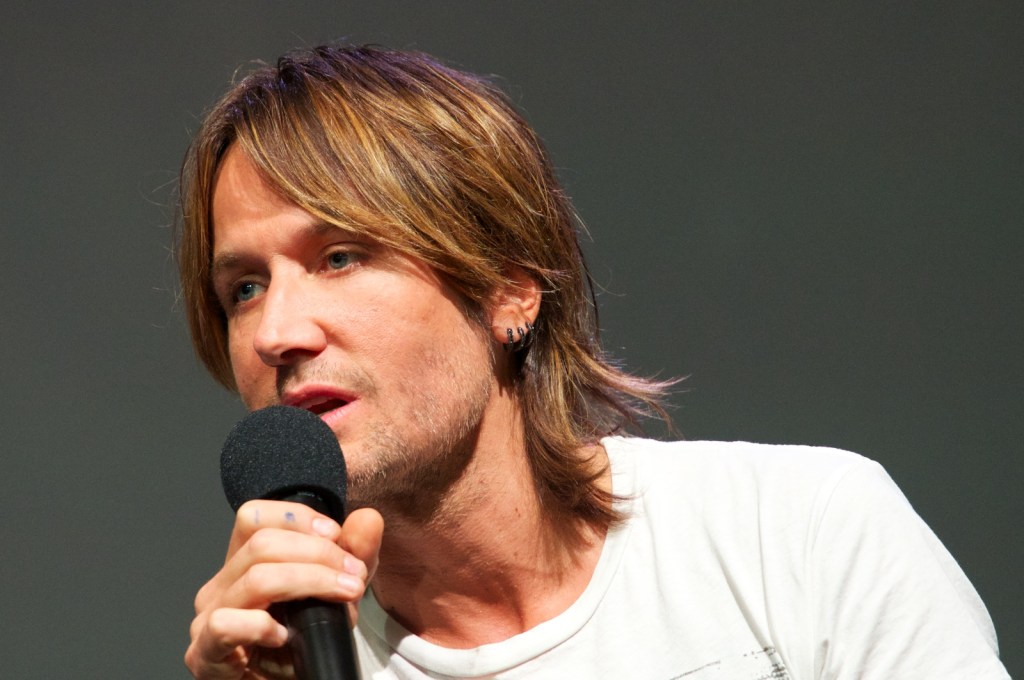 Getting a little brassy dude, might be time for a toner. 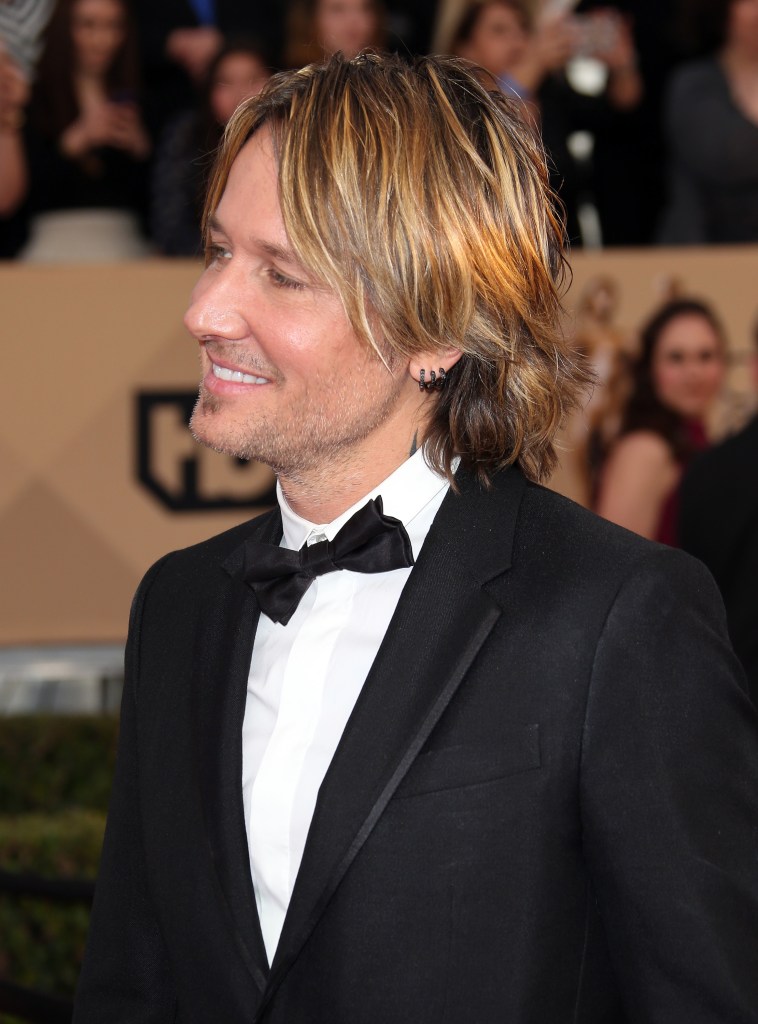 Keith’s clearly on his way to becoming a full-fledged blonde, as he proved at the SAG Awards, but when the color’s that good, why wouldn’t he?