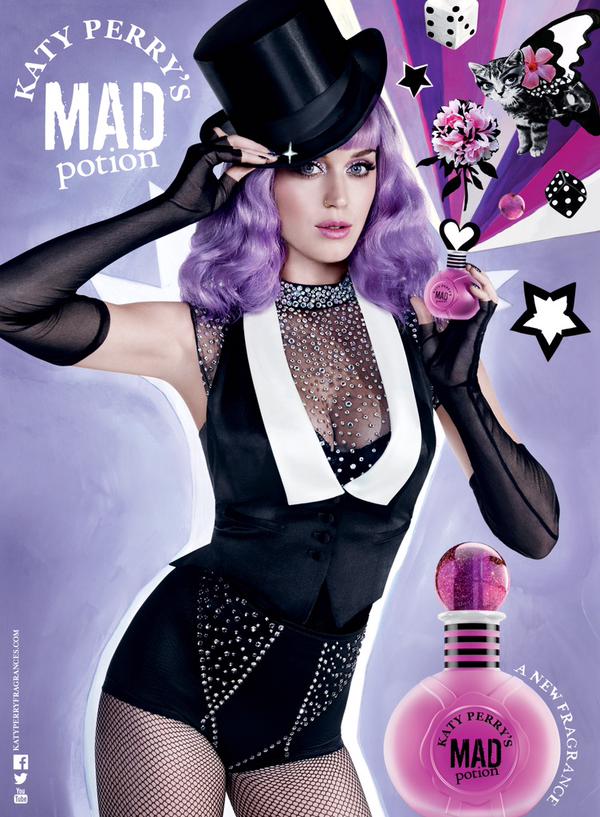 “I believe that [perfume is] a potion in the way that our sense of smell creates incredible, powerful memories,” said the pop star at a press event held at the famed Magic Castle in Los Angeles on Wednesday night. (Fun fact: Acqua di Gio reminds Katy of her first boyfriend.)

Looking enchanting in an ombre purple wig, graphic liner, and a black and gold lacy Libertine dress, the “Firework” singer even participated in a magic show to promote her youthful-smelling fragrance (which is now available for purchase on Twitter—a genius idea, given her 73 million followers).

We caught up with the self-proclaimed “beauty products whore” to talk about her surprising first scent memory and exactly how she’s found the magic fragrance formula.

StyleCaster: If you could cast a spell on any singular person, who and what would it be?

Katy Perry: I don’t think I could just waste my spell powers on any particular person. I think that if I could cast a spell on the world, it would be for more tolerance, and more compassion, and more empathy, and more education.

You’re seven fragrances deep now; why is vanilla at the forefront of this one?

The reason why I wanted to do vanilla, which is actually a gourmand kind of scent…I wanted my own take on the vanilla gourmand experience. And by doing so, I gave it a more androgynous spin with the musk. It’s heavy on the musk but it is very sweet, so it kind of flips it on its head. It’s not just one sweet note; it’s like my favorite two things, which are vanilla and musk. 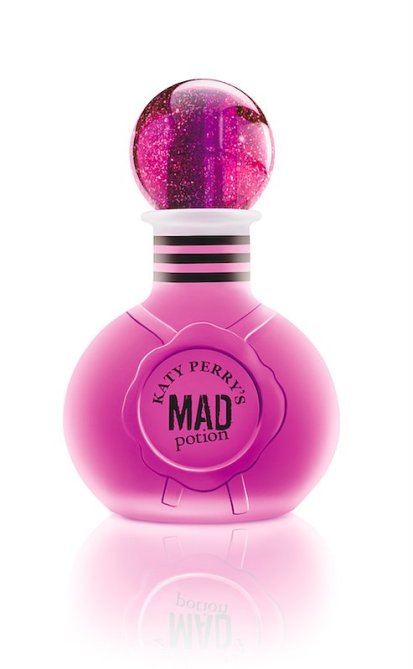 You spoke earlier about how memory is closely linked to smell. Is there a specific memory that [Mad Potion] reminds you of?

I’m making that right now. Also, whenever I’m doing shows, the front rows of my shows usually smell like my perfumes, so the room kind of smells like that.

My first memory in life ever is scent based. I think it was when I was a child or toddler or baby. I remember being on my back and my mother changing my diaper, and having a powder-fresh-scented new diaper in my hands that had the imprint of Mickey and Minnie on it.

You’re known for changing your style all the time…

I just, like, do whatever. [Laughs] Hopefully, it’s all fun.  I’m never bored.

Exactly! So, what’s the Katy Perry thought process like when picking out a perfume for the day?

Well, right now, exclusively, I’m wearing Mad Potion. I think in the past Killer Queen has been really floral, and that kind of makes me feel more mature. An edible gourmand scent kind of makes me feel more youthful, sweet and cute. But imagine if you had your own factory of scents available to you at all times. You’d just try everything. So I go through all the different things that I’ve created. I’m always traveling with a tester bottle of something.