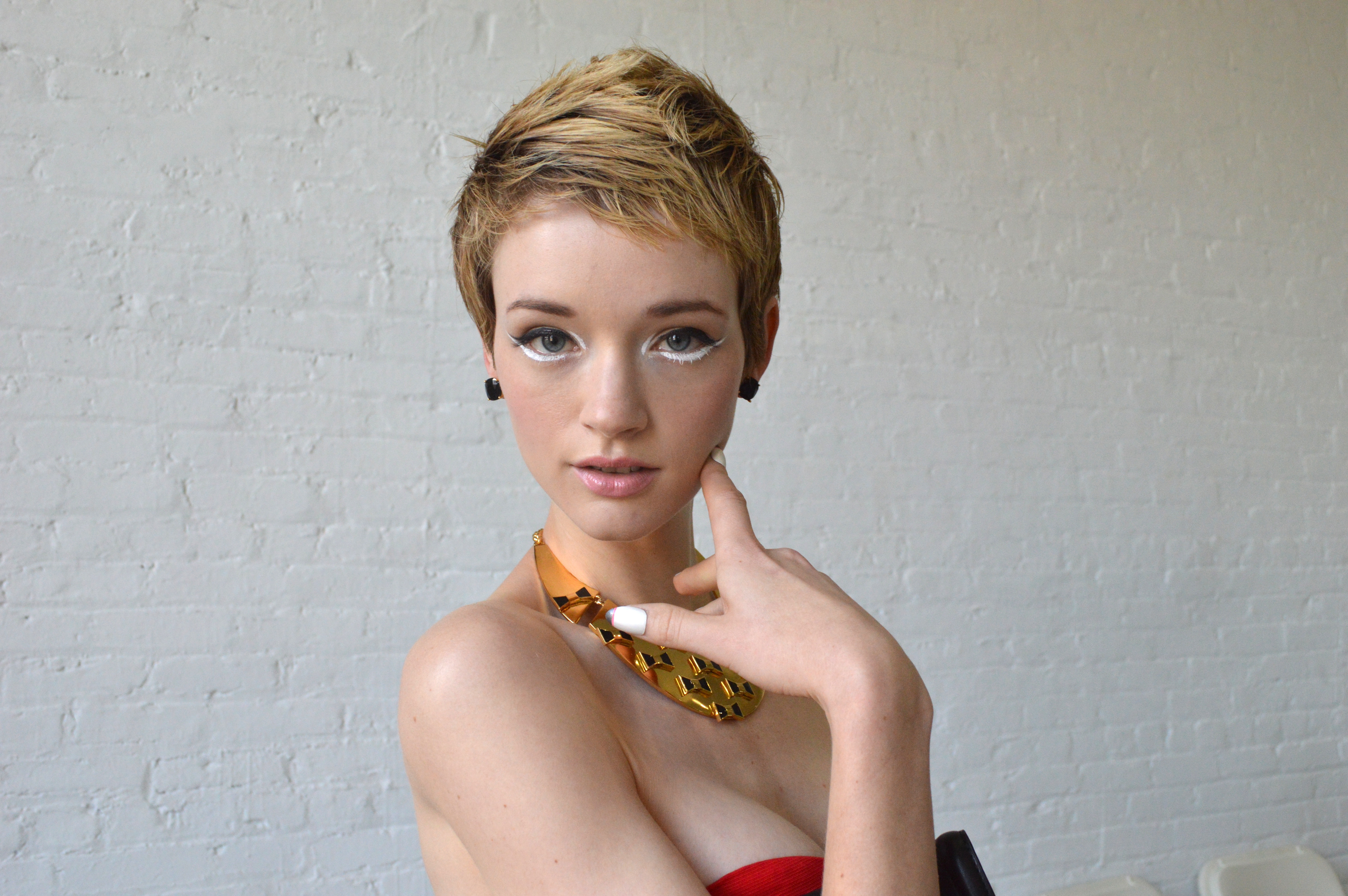 Inspired by old photos of Sophia Loren and classic 60’s film cinema, it was La Dolce Vita at Kate Spade New York, with softly-tousled top knots and doll-like cat eye makeup with highlights under the eyes and a perfectly-flushed cheek. 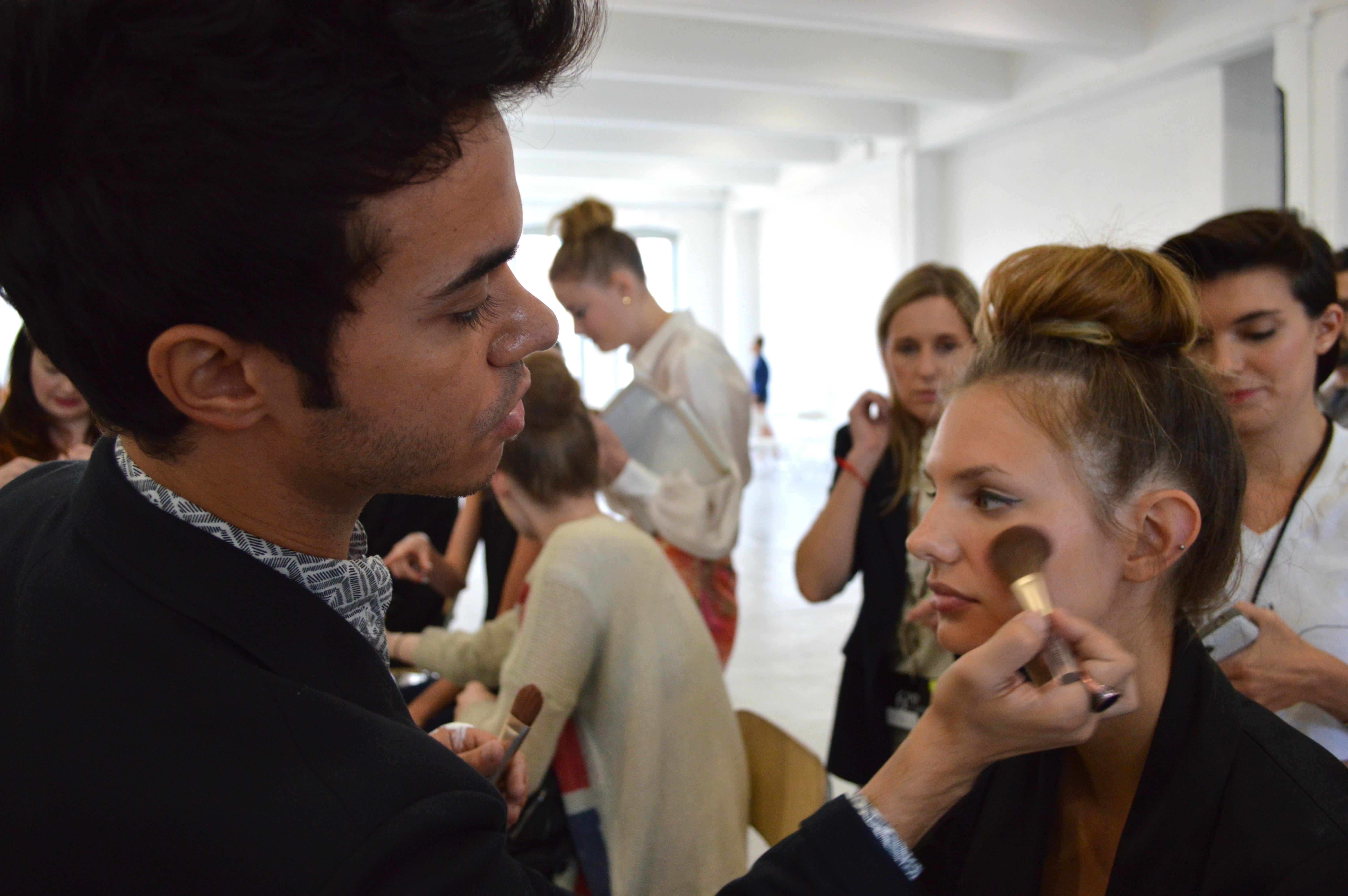 Neil Scibelli for Jouer Cosmetics created a lit-from-within complexion with Jouer Matte Moisture Tint set with Jouer Mattifying Translucent Powder. Jouer Mineral Powder Blush in Peony was tapped onto the apples of the cheeks and outward to the eyes for a youthful flush. The eyes were created with a base of Jouer Powder Eyeshadow in Praline all over the lid, and the cat eye was created with Jouer Liquid Shimmer Eyeliner in Panther, topped with a strip of Ardell strip lashes in Black. Neil used white paints under the eyes for the runway, but he advises getting the look at home with a cream highlighter or a soft white liner pencil under the eye for a modern mod look. The lip was beautiful and simple: Jouer Hydrating Lipstick in Kate topped with Jouer Moisturizing Lipgloss in Blush. 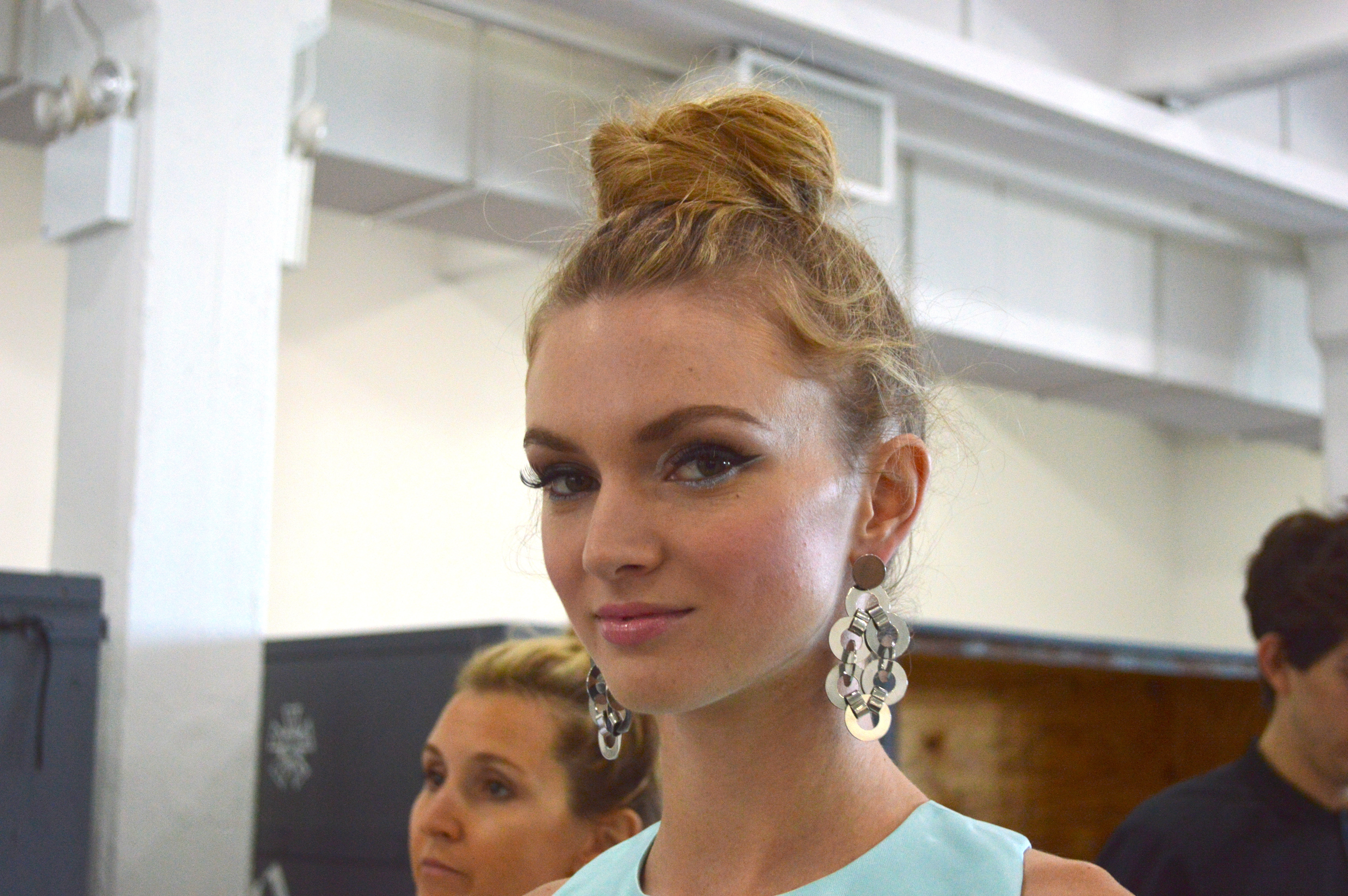 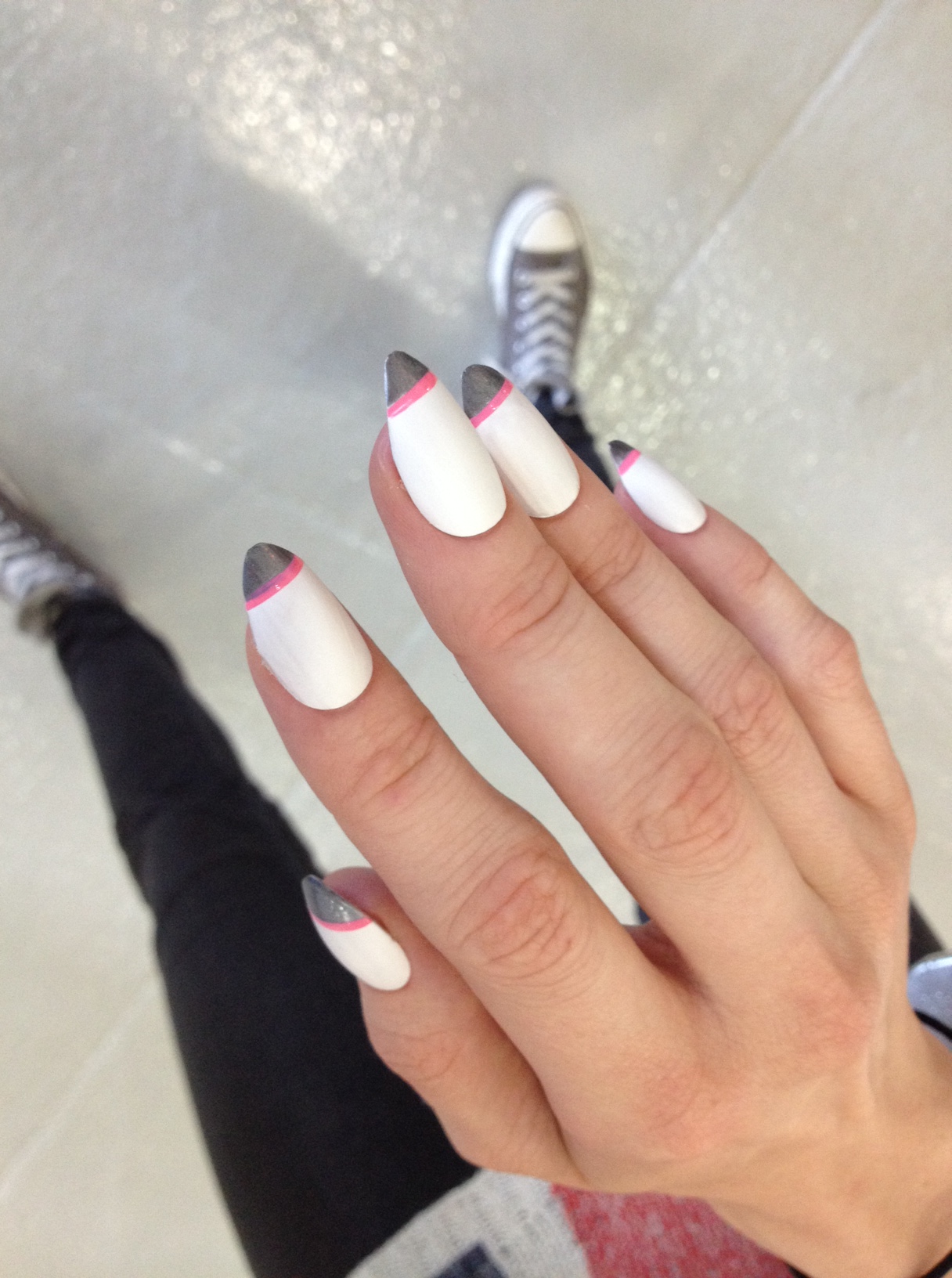 The amazing nails were courtesy of celebrity manicurist Deborah Lippmann, inspired by the cap toe of a shoe. With a thick base of the forthcoming Pseudo Silk Komono (also the polish for the solid pedicures, coming in November 2013) the tip of each nail was painted with a stripe of Bad Moon Rising, and then each model’s outfit determined the final stripe in any of three vibrant shades: It’s Raining Men, Groove Is In The Heart or Walking on Sunshine (coming Spring 2014).