Since there are so many rules and regulations regarding their appearances–royals rarely switch up their looks. However, Kate Middleton’s light hair color proves that this future queen is ready for a carefree fall. The Duchess of Cambridge has just switched up her signature brunette look for a blonde bombshell color that’s bolder and significantly lighter than anything we’ve seen on her before.

To be clear, this isn’t as dramatic as Kate going platinum blonde or suddenly becoming completely unrecognizable. However, since royals are restricted with everything from the length of their skirts to the height of their heels–this new look is a bit more shocking than anything previously seen from the mother of three.

On Sept. 5–Duchess Kate along with her husband, Prince William dropped their two oldest kiddos, Prince George and Princess Charlotte off at their first day of school. It was an extra special super important day since it was Princess Charlotte’s first-ever day of school. While everyone else was obsessing over the perfect royal tots and their adorable uniforms–Kate’s new hair was the first thing that captured our attention. As she leaned into the sunlight, her super golden blonde hair shimmered. Though she retained her richer brunette tones–it’s definitely a lighter look for autumn, and we’re obsessed. 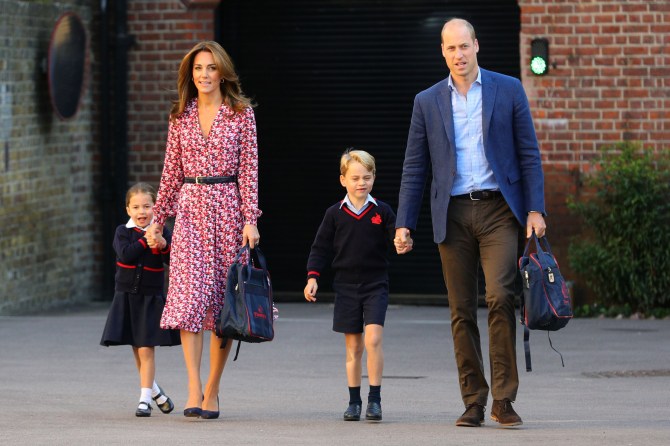 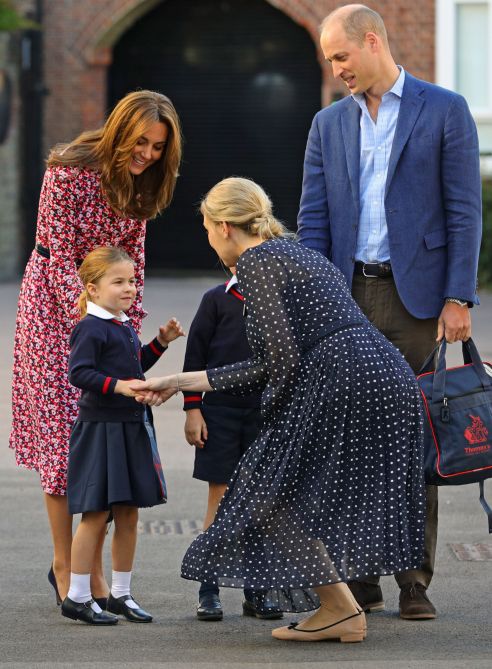 Kate’s hair was even more noticeable because she sported the perfect blowout that helped bring out the dimensions and tones of the color. It appears even to change color in the sun, giving off a strawberry blonde look in one angle and that gives her the same twinning look as her baby girl, Charlotte.

Duchess Kate Middleton has been known for her dramatic hair cuts. However, this is the first time she’s experimented so much with color. Though she’ll probably always keep her signature caramel undertone, this lighter hair tone is super refreshing.